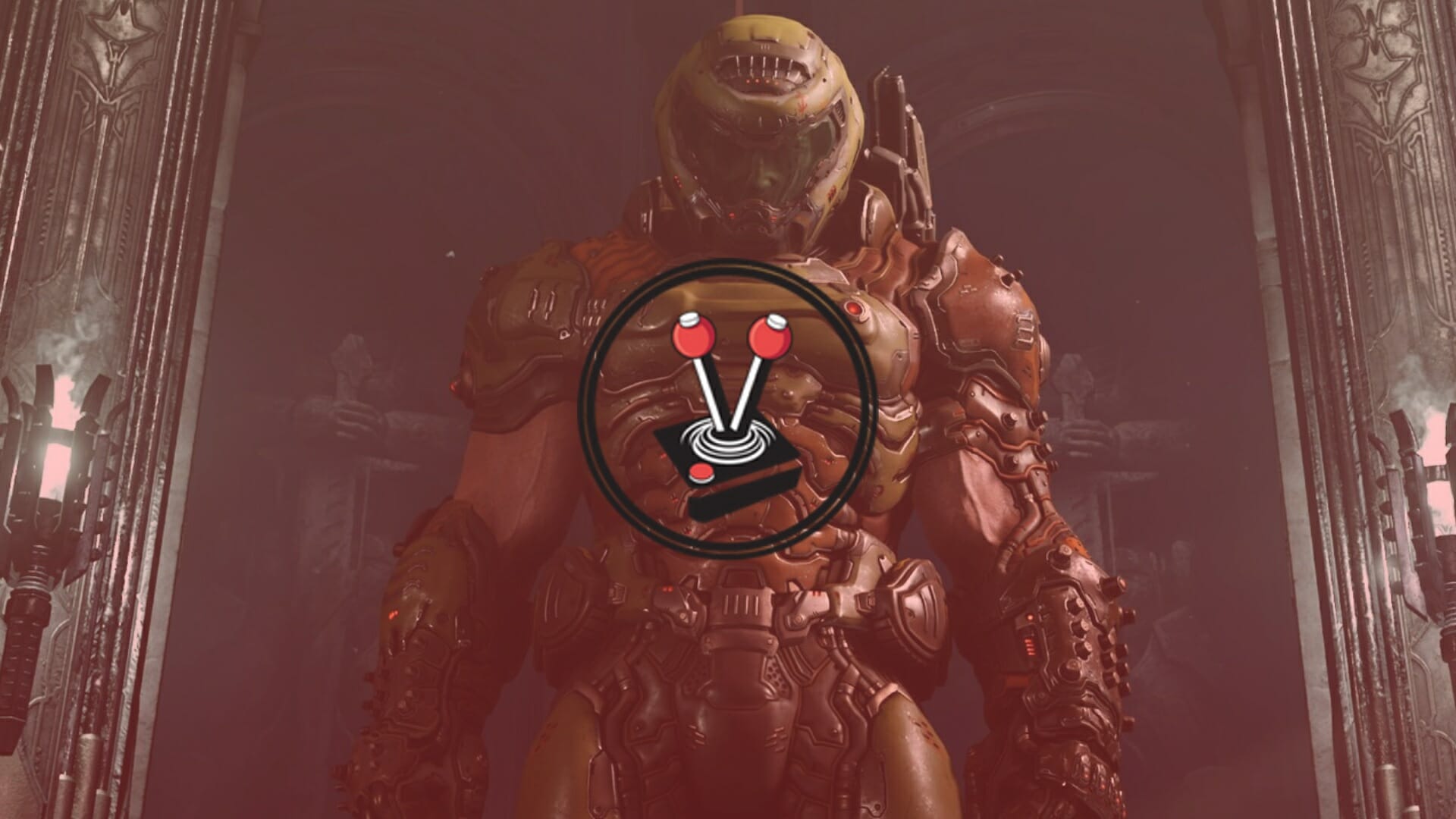 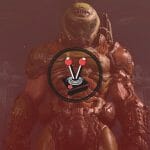 DOOM (2016) blew the collective minds of millions of fans when it was first revealed at E3 2015. A year later, fans got to see Doomguy back in action. The game brought fast-paced, fresh and action packed gameplay to the forefront, along with the beloved and classic double-barrel shotgun (among other weapons). DOOM Eternal takes the re-envisioned DOOM formula one step further with an all new pull chain and a bevvy of tricks that sees our favourite Marine in one of his most vertical adventures yet. In short, almost everything introduced in DOOM (2016) has been reworked and tuned up to the max. The result is a weird mixture between euphoric demon-slaying and puzzle platforming that works well on paper, but not that great in practice.

DOOM Eternal sees the return of Doomguy (or Doom Slayer as he is called in the reboots), and he is out for revenge against the scum who took over Earth. The story has never been the franchise’s forte, but knowing why you are ripping the jaws off a bunch of demons does help. Coming from DOOM (2016), Doomguy’s mission remains the same: face off against an army of invading demons and send their future plans crashing down back to hell.

In DOOM Eternal, you get to curb stomp demons across a variety of realms, Earth included. DOOM (2016) had a very light story, however it was just enough to keep you from deviating from the path. Constant pre-recorded messages emanated from speakers, text-based messages filled computer screens, and even Doomguy’s actions told a story of their own. DOOM Eternal seems to have done away with the bulk of this and replaced it with hidden lore instead. Pre-recorded messages and audio tidbits are still plentiful in DOOM Eternal, but the lack of direction sometimes left me wondering about why I should even bother fending off an entire arena of demons?

Thankfully, there is a lot lore and background information to find throughout each level. As you find optional terminals dotted around each level, you get to learn more about how the demons invaded Earth in the first place. Codex entries fill up fast as well – once you get two or three entries, you find yourself hunting for more without even realising it. The lore is fascinating and learning about the background of the enemies gives the game a whole new meaning. I just wish a lot of it took precedence over the glorified killing. Wolfenstein: The New Colossus and its sequels found a beautiful balance between characterisation and doing away with enemies, why does DOOM Eternal struggle in this regard? Regardless, the addition is a great step in the right direction – more so than DOOM could ever muster.

With that said, knowing why some demon many years ago had trust issues with his baby sister’s boyfriend or whatever, is just an aside to the main event. Demon slaughter is what the majority of the DOOM fanbase is here for, and DOOM Eternal delivers beautifully. The incredible gunplay from the previous instalment has returned. Only this time, it – just like many other facets of the game – has been turned up to 11. The game manages to drip-feed you new weapons at intervals that not only feel appropriate, but also make the game feel like one continuous fresh bullet fest. It ensures you have new and wonderful ways to kill the next five or so arenas with ease, as you make your way through research and military bases, catacombs, and even ruined cities and demon lairs. Moreover, the game lets you carry all of these weapons at the same time, ensuring that you have as many options as you desire.

DOOM Eternal expands on DOOM (2016) in massive ways. Glory Kills, for instance, not only grant you health and ammo pick-ups, but also armour. Now you can chainsaw execute or use the new flame belch to pull out the spleens, rip out the jaws, or curb stomp the skulls of all the demons you come across, and be adequately rewarded for the glorified mess you just created. It is strange to witness Doomguy stick a knife in a demon skull, pull out its eye and make them eat it, before you blow off their heads, and feel… good about it? Regardless, it truly is amazing how id Software allowed the developers and designers to go nuts on the sheer number of ways to kill demons.

If a buttload of weapons and glory kills are not enough to satisfy you, DOOM Eternal now ups the ante even more by changing the way progression works. In DOOM, upgrading weapons and grenades was a must. This time around, the upgrading system has received an entire overhaul, and it now includes a much more detailed and involved Praetor Suit upgrade system. Whether you are looking for more health, armour, or just want a whole lot of stopping power at your disposal, upgrading the Praetor Suit and all of its goodies (check out the Crucible – you will not be disappointed), is a must. DOOM Eternal may be all about finding new and interesting ways to mow down demons, but it is challenging.

One of the most challenging aspects of DOOM Eternal comes by way of the new world design. As always, the level design in DOOM is fantastic. It is a franchise staple that goes back decades and simply cannot be replicated by other games in its genre – Wolfenstein and Duke Nukem included. The aesthetic is a dire one as well: human cities are in ruin, while research and military bases are overrun by demons. Similarly, visiting other realms give off a sense of familiarity that is mixed with dread and fear. Doomguy’s new double jump, dash, and climbing abilities also come in very handy as you make your way through the levels.

The fact that Doomguy now has dashes and climbing abilities kind of becomes a necessity the longer the game is played. While the title has a lot going for it in terms of offensive options, id Software decided to change up the way the level design works this time around. While still open and claustrophobic at the same time, all levels now include vertical elements. It is your job to get from point A to point B while mowing down demons and avoiding all kinds of deadly traps in brand-new platforming segments.

Platforming is not a bad addition to any game, but I feel DOOM Eternal could have gone without it. As you traverse various levels, you can use the new upgraded shotgun’s chain to make your way from one high-up floor to another. Similarly, you can dash and climb through bases and try to use them in ways that might get you to secret locations. Finding the multitudes of secrets strewn throughout the levels is great and makes the platforming fit right in. Where I feel it does not work, however, is when the game forces you to get through particularly heavy platforming segments to progress through the game. Everything is smooth, from the combat to the upgrade system, and even finding codex entries and new weapons… until the platforming segments arrive, putting immediate stop to the game’s addictive flow.

Another aspect of the title that often brings the game to a screeching halt, is how one or two enemies seemingly have unending amounts of health. DOOM (2016) had issues where its bosses would have health bars that would totally undermine the core gameplay experience. I do not feel that is the case in DOOM Eternal, but I do feel that many of the stronger enemies can do with a bit of a nerf – particularly those thrown in amongst the cannon fodder. I am looking at you, Marauder!

During my time with the game, I also encountered a few bugs. These included upgrades not registering until I restarted the game, and the game’s automatic saves (or checkpoints) screwing me over during a platforming segment between boss battles. Thankfully, I did not experienced any game-breaking bugs and I am confident id Software will patch these minor issues.

Despite the platforming elements possibly being the worst addition to the game and personally feeling that codex entries and the story should be more obvious to players, I will say I adore how much effort has been put into the game to make it a wonderful standalone experience. From excellent level design where arenas grow larger, taller and deeper; all the way down to the brevity of weapon acquisitions and constant arsenal updates, it is clear the developers want fans to feel like the Doom Slayers their characters are made out to be. Doom Eternal is excellent in this regard, and is easily one of the fastest, best and most entertaining first person shooters on the market today.