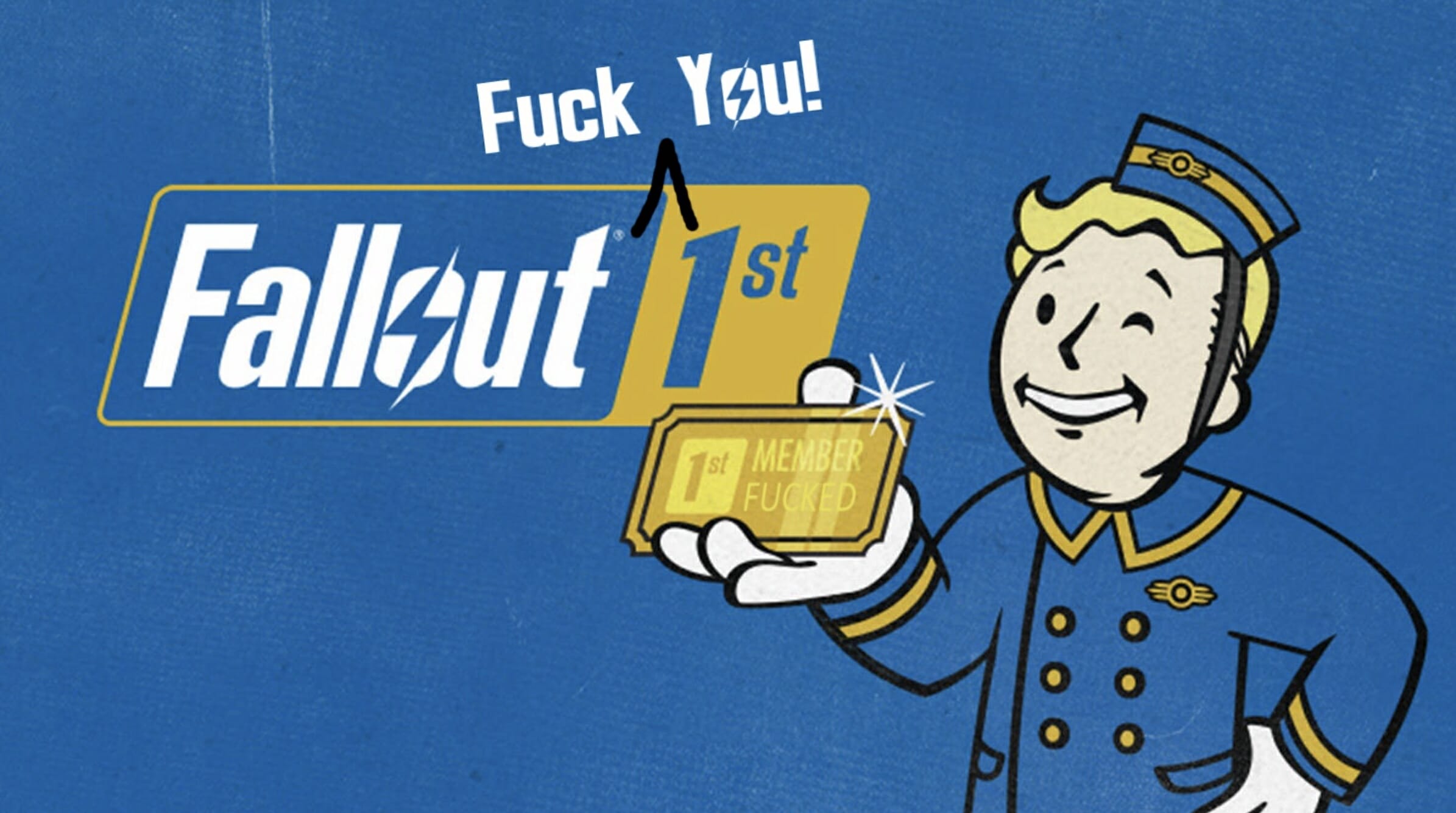 Good grief Bethesda, what are you doing? In a move angering many fans of the Fallout series, the publisher has announced a brand new subscription service called Fallout First.

Since the release of the dismal Fallout 76, the studio has promised private servers for its player base. A year later, Bethesda is honouring the claim with a brand new online service called Fallout First. A service going live on 1 November 2019 for $99.99 a year, or $12.99 a month. These figures are not typos, and fans are not happy about it.

In terms of Fallout First, the so called “private servers” will work rather differently to what gamers might be use to with titles such as Minecraft Realms. Instead of having a full on paid-for and always-online server, subscribers will be able to create an “instance” of Fallout 76 instead. Thereafter, subscribers will be able to invite seven other players (whether subscribed or not) to enjoy the created “instance” of the game. Weirdly, should all players leave the instance, it will be disconnected. Thus begging the question: what is the point?

Probably the biggest “feature” of the Fallout First service is unlimited storage for in-game items. Besides backpacks, Fallout 76 players have access to a Stash. Unfortunately, each Stash has a limit of 800 items. Gamers who subscribe to Fallout First will have access to a Scrapbox, which is the same thing except it offers “unlimited storage”. Paying subscribers will also net the ability to drop a Survival Tent, which lets players drop an outpost into the game world that has a Scrapbox, Stash, cooking station, and a fast travel point. You know, the kind of item that should be given to players for free. Not as a paid for bonus.

Lastly, the subscription includes a monthly drop of microtransaction currency (1650 “atoms”, which normally sells for $15 in the online store), discounts within the game’s atom-currency store, and a few exclusive cosmetic items. Overall, it is disappointing and many gamers and fans are ensuring Bethesda know just how much they dislike the announcement.

As such, fans have taken to social media to air their grievances. Better still, one angry fan managed to scoop up the Fallout First domain, which Bethesda forgot to register before announcing the service. These kinds of faux pas are rare, but they sure are glorious when they happen.

The fan in question has faithfully created a look-a-like website for Fallout First called “Fallout FUCK YOU 1st“. An apt title for fans who feel like Bethesda has gone too far. After all, no one likes getting screwed without consent.

The parody site details all of the features in the real service. However, unlike the actual service’s website, this site offers an unabashedly real perspective of exactly how gamers feel about it. There has been so much backlash that even IGN created a video about the debacle.

Fallout 76 has been an absolute train smash since releasing in November 2018. As such, the news of Fallout First is really just the icing on the tip of the smelly turd of this entire mess of a game and release schedule. It is clear Bethesda do not value their fans, and how they would rather attempt to create a money generating service versus fixing a game many people actually want to play and enjoy.

Needless to say, the $100 a year the service requires would be better spent towards a service such as the excellent Xbox Game Pass, or split up between a variety of other services, like Netflix, Hulu, Apple Arcade and Apple TV+.