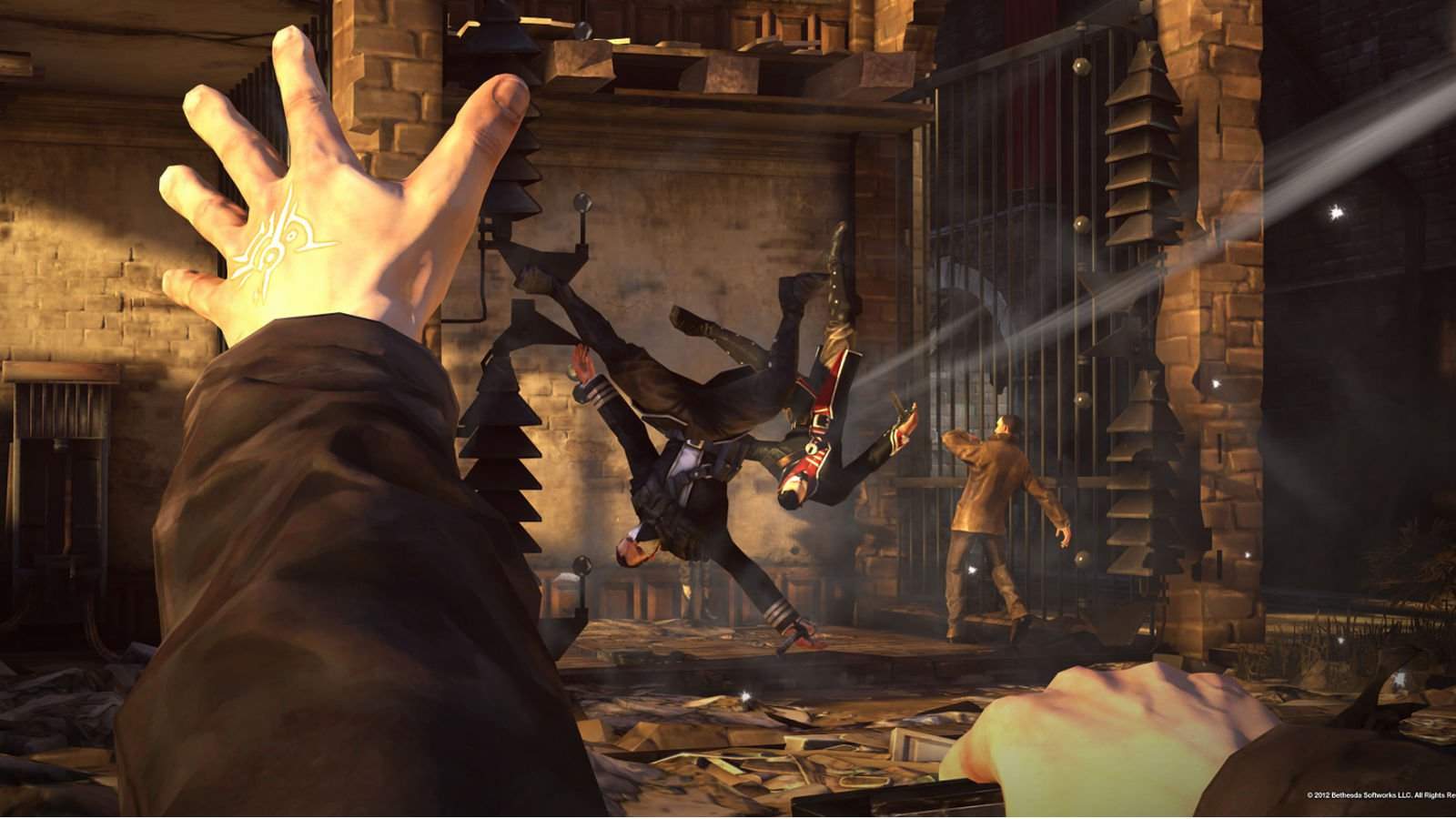 Arkane Studios and Bethesda Softworks’ second baby is coming soon. Very very soon. In fact, Dishonored 2 is merely a day away! As such, the two companies have released a Dishonored 2 launch trailer that properly sets the scene for the upcoming supernatural tale of revenge.

Maybe living in a palace… has made you soft…

The launch trailer does not show anything new, but it does do a good job at setting up the story once more. It covers some of the plot that players will experience, and showcases a bit of the world and its inhabitants. The trailer also shows that the choice to play as either Corvo or Emily is permanent – the game locks off the other character for good during your playthrough.

The Outsider narrates the Dishonored 2 launch trailer, much like the Book of Karnaca recap video. Scenes flash by, depicting what appears to be a high chaos playthrough with Emily as the chosen protagonist. It shows Emily slaughtering just about every guard and thug standing in her way. Personally, I find this strange as ‘high chaos’ endings are often less favourable in the end. One of the best aspects of the Dishonored franchise is that the games allow you to potentially finish the story without killing anyone. That is definitely the way that I will be playing, if I am good enough, that is.

The original Dishonored gave players the unique opportunity to approach all scenarios however they would like. This was not new by any stretch, but it was an incredible experience to go through a game that actively promoted killing all of your targets, and not killing a soul. I suppose that is exactly what Dishonored 2’s current marketing is all about. Stalking through vents and slowly traversing rooftops does not make for exciting videos, after all.

Dishonored 2 releases on 11 November 2016. It will release worldwide for PC, PlayStation 4 and Xbox One. Players will have the choice of two different characters this time around: Corvo Attano, Royal Protector and protagonist from the first game; and Emily Kaldwin, usurped Empress of Dunwall and the Isles, Corvo’s daughter.