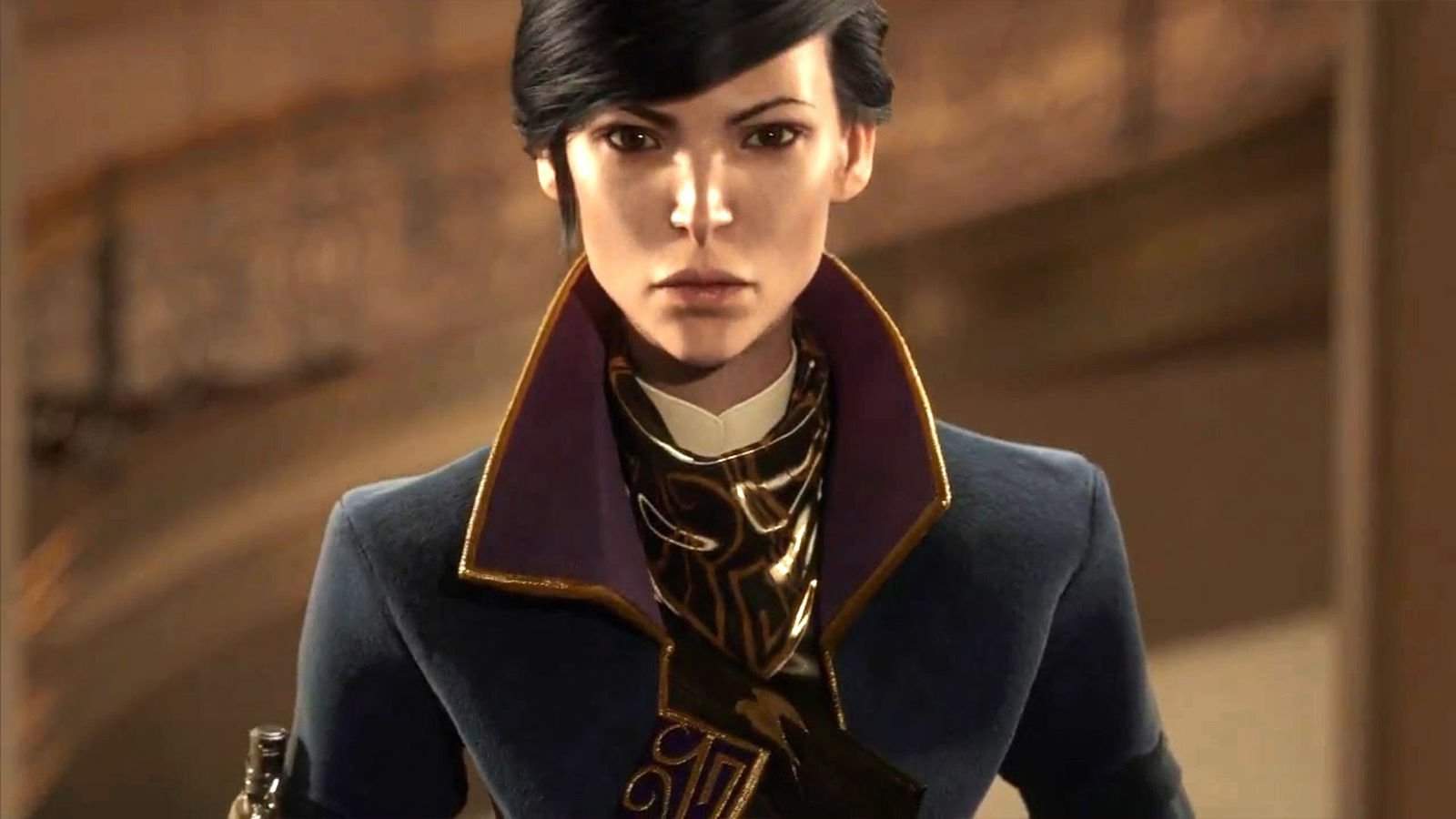 Dishonored 2 is the one game coming this year that I sincerely hope will release to massive acclaim. Sometimes pre-release materials can get just a bit too much. Going into rAge 2016, I wished for a beautiful payoff to the massive amounts of previews I have already seen and written about. On Bethesda Softworks’ own Youtube channel, there is a playlist with 49 videos about the game. Forty-nine!

I get it. The hype is real, and the train is headed full-steam ahead for all of our wallets. As such, I wanted the exclusive Dishonored 2 preview that I saw at rAge 2016 to be spectacular… and although it was good, it was a little bit disappointing. The exclusive demo that my colleagues and I had the honour to watch, at the Sony hospitality suite, was such a brief little thing that I felt cheated. Perhaps the barrage of media surrounding the game influenced me to expect more. As such, feeling ‘cheated’ is maybe a strong thing to say. Either way, let me recap how it all went down. 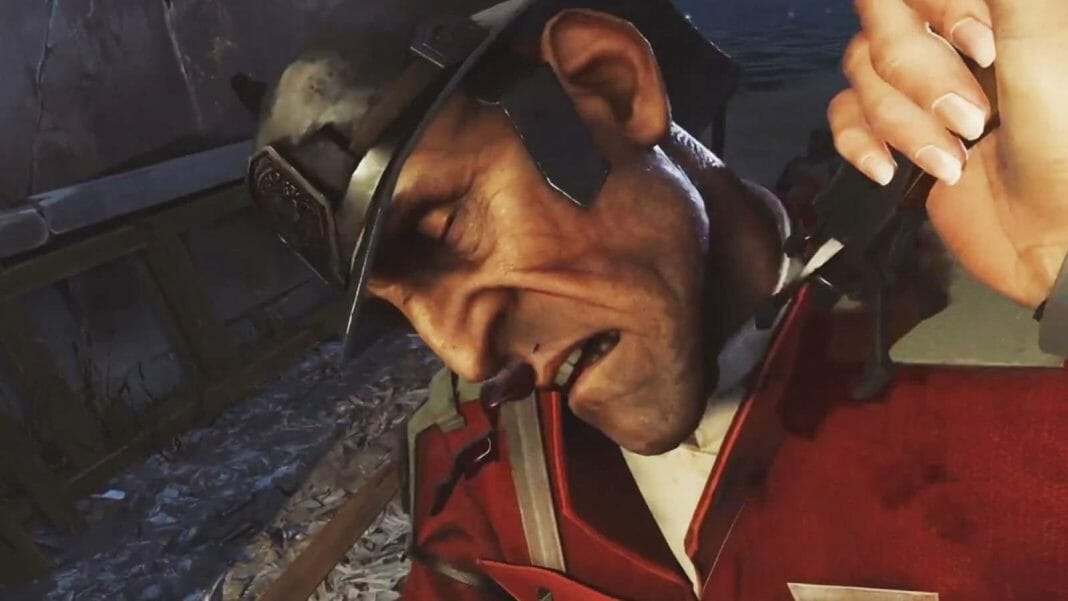 To start, there was an introduction from Sony and Bethesda representatives. It was a short and sweet welcome that told us how the demo we were about to see was made exclusively for those of us attending rAge 2016. Then the demo started, and minor hiccups aside, the video was decent.

The exclusive Dishonored 2 demo offered a brief introduction to the game’s new female protagonist, Emily Kaldwin, and her various abilities and killing prowess. It took us through a dimly-lit and hazy building filled with what looked like ladies of the night. Emily dispatched most of them in quick, gruesome, succession. The building, however, was nice and unique: a Victorian interior that looked like it was both a mansion and a hospital of sorts. What I liked about the building is that it seemed to offer a lot of verticality, but not without reason. As Emily made her way into the chandeliers hanging above, she was not safe — the aforementioned ladies were sitting and drinking up there too. Well, not for long. 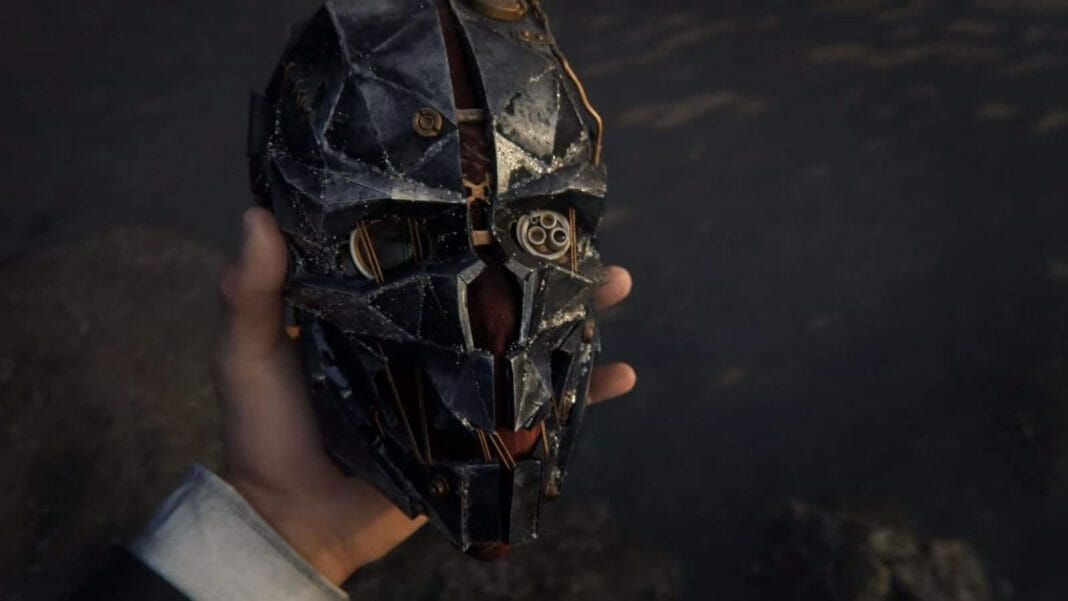 Emily’s target was a person named Ashworth, a gaunt man that seemed to prefer hanging around dead people more so than actual, living, “normal” people. The way Emily approached the mission, however, was strange. Dishonored 2 allows you to practically go through every mission unseen. On the other hand, it also allows you to go in guns-a-blazing. The second was true of the demo, except it was done in silence. A nice touch for gamers who like to ghost through levels without the worry of leaving living people behind them.

As soon as the action started, the exclusive Dishonored 2 demo was a blur. Emily dispatched of the guards one by one — even when she could avoid them easily. She then moved on to kill off the ladies as well. I am not sure if these would count as enemies, but every lady Emily could see, ended up dead. I appreciate that it was not me playing the game, and I do know that others play differently. Yet the entire exclusive demo felt off. As if they were trying to show us something that I could not pick up on.

The exclusive Dishonored 2 demo also showed off a variety of Emily’s powers and gear. We know that she sports a flintlock and a fancy sword. This demo showed off that she has a wrist-mounted dart gun as well. We got to see her make use of the various powers the Outsider bestowed upon her. The ones that stood out the most were Domino and Far Reach. Emily used Domino to dispatch three targets in a single go — by cutting off one guard’s head, all of the others’ popped off too. Far Reach, on the other hand, was used extensively throughout the demo. Similar to Corvo’s Blink from the first game, it acts as a teleport skill. I had no problems with the showcase of abilities, but I really wished they had shown more. 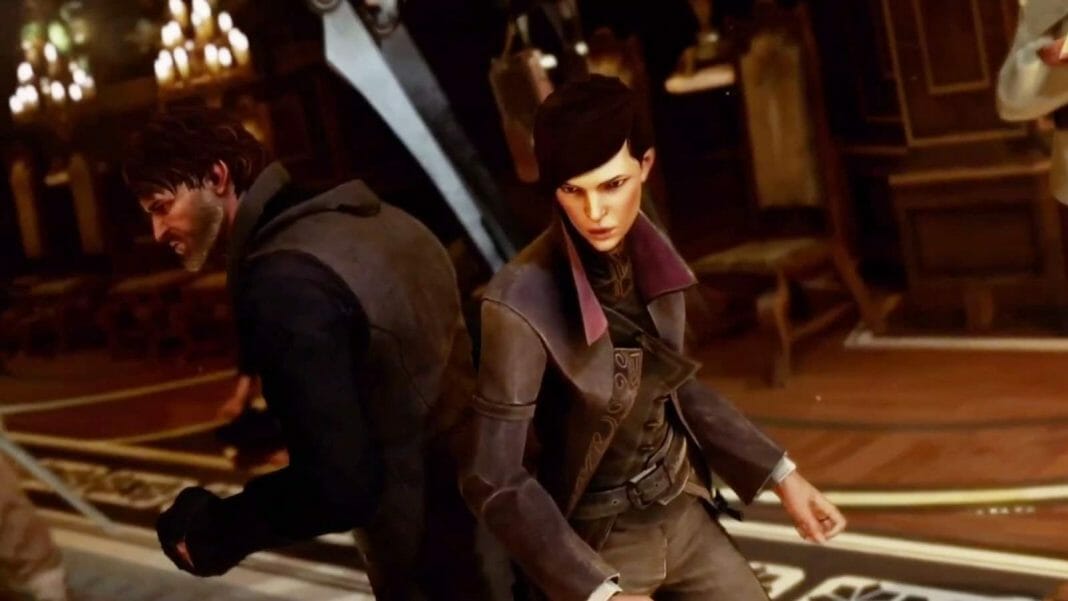 It was a quiet demo, with little to no commentary to speak of, and the gameplay shown was a quick haze of many things we have seen before. The only new thing it showed me was the fact that Emily now has a wrist-mounted dart gun, and I am pretty sure that is not even new. The person who played Emily sped through the level as if he/she was on a timer, which is the worst possible way to approach a level in a game such as Dishonored 2. I am of the opinion that the entire experience is made to be traversed slowly while you weigh all your options. I appreciate that slow is not for everyone, but when showing an audience what a game is capable of, speeding through is just as bad.

The exclusive Dishonored 2 video was too short. I really wish that we were shown more of the game. It releases in a few weeks, yet we were not even allowed any hands-on time with the game. This is worrisome. Seeing as Bethesda Softworks are popping out new gameplay videos every odd week.

I sincerely hope this game will be a success. I loved the previous game and the downloadable content that released after. Going into Dishonored 2, I will likely play as Corvo the first time, since I really do miss the old guy. In the second game, however, you will be able to play as Emily too. Arkane Studios’ Harvey Smith stated that the two protagonists will give players entirely different experiences.

Dishonored 2 is set to release on 11 November for the PC, PlayStation 4 and Xbox One.