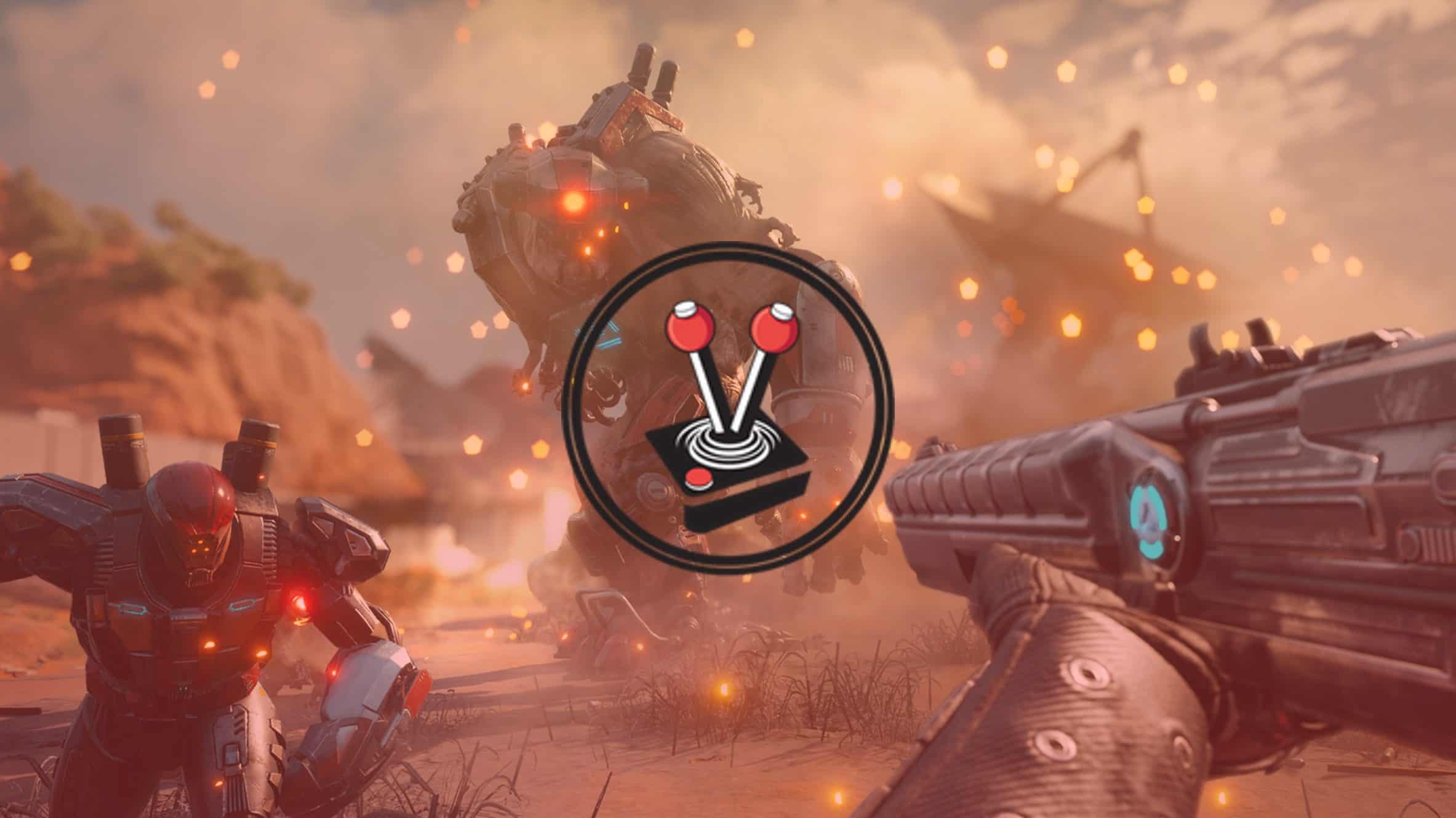 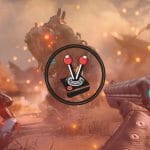 When Bethesda got heavy metal rocker Andrew W.K. to announce that he is working on a sequel to Rage, a fair few people applauded. The original Rage was not the epic shooter that nostalgia makes it out to be. It first started out as a mobile game, announced as a “console competitor” during the 2007 Worldwide Developers Conference. The game was released three years later to average scores, only to be released a year later on the very consoles it was supposed to rival… but with better graphics. Naturally, the console versions scored a tiny bit higher. The game vanished into the ether after that. Fast forward to 2018, and Bethesda fans the world over got treated to the world’s biggest ‘party maniac’ announcing Rage 2. I mean, okay.

Regarding Rage 2’s development, Avalanche Studios (Just Cause) did most of the brunt work, with idSoftware stand in as co-developers. The game successfully rode the hype train that was Far Cry New Dawn. In fact, the game was compared Far Cry so often that the two studios even took it upon themselves to do a bit of cross-advertising on social media. Unfortunately, only one of them seemed to be any fun in the long run. While Far Cry New Dawn proved to be quite the sleeper hit (as it is a game I still play to this day), Rage 2 proved to be quite the opposite. In this Vamers Rage 2 Review, I explain why.

As dreary as wasteland

Rage 2 opens up thirty years after the events of the first game. This time, however, the seemingly dreary wasteland has turned into a huge colour fest. General Cross and The Authority have came back with a vengeance. The result is the decimation of most of the Vineland Rangers, the elite soldiers that protect the wasteland. As such, you take on the role of Walker, a fearless road warrior and the last of the rangers. It is up to Walker to join up with three of Erwina Prowly, Walker’s adoptive mother and the leader of the Rangers’, past partners. Together, you must initiate Project Dagger, and eliminate the bad guys.

Meeting up with the three main guys covers around the first hour of the game. After this, it is up to you to roam the wasteland, pick up side quests (read: do menial things), and repeat the process until every faction reaches level 5. Once this is done, you assault the bad guy’s base and kill him… That is literally the extent of the narrative that Rage 2 brings to the table. You may think that I am exaggerating, but I promise you that I am not.

I have to be honest, this did not even surprise me in the least. Rage 1 had as much of a story as a blade of grass, and its sequel lived up to that expectation wholeheartedly. If you are jumping into Rage 2 seeking any kind of story about what happened between the first and the second game, you are fresh out of luck. Similarly, you will not get any background lore or buildup for established characters in the game either. Everything you get while mindlessly shooting bad guys and picking up power-ups, is literally all the game will ever give you. You know it is a sad day when a fighting game’s 5-hour story has more than your first person shooter.

The same old song and dance

Thankfully, shooting bad guys and picking power-ups are the game’s saving grace; to a degree. The game gives you everything that you need up front, right there in the opening hour, and then it sets you loose on the wasteland. I do kind of appreciate this fact. Right from the start, it lets you be the super-powered soldier that you are meant to be. It is great.

Throughout the game, you can unlock new abilities, gather a bunch of guns, and level up said abilities to rock your world. Gunplay is extremely tight in Rage 2. I have no idea what Avalanche did, but they somehow managed to create a game where gunplay and combat feel like a solid experience – one rivalling that of DOOM. I played a good ten hours, unlocked a fair few abilities, and I still only opted to use the dash, an assault rifle, and the good ol’ shotty. There is no beating an assault rifle/shotgun combo in a game with solid gunplay!

Thankfully, the abilities are easy enough to learn, and they do help to liven up the gameplay. The game calls these Nanotrite abilities, and they are pretty fun. Just like the weapons and the gunplay, abilities end up as new ways to do the same old tasks in new, unpredictable ways. These range from a dash, shatter, and even an overdrive ability. As I mentioned earlier, I used the dash a lot. It helped me dodge out of the incoming fire that would have killed me otherwise, and let me close the gap before punching dudes square in the face. The overdrive ability helped a lot with healing as well. Considering all you do in the game is fight bad guys, you can guess why dashing and healing are very useful abilities.

With that said, the game wants you to know that it has a lot more to offer than just good combat. It is an open world game, after all! As such, you would expect to have a map brimming with activities that you can do, and you would be correct in those expectations. The only issue is that these activities are very repetitive and mostly revolve around driving and racing, to attacking convoys and taking out camps… and that is about it.

In the first game, you drove from point to point as you beat up the enemy, and completed a few objectives to further the story. Rage 2 is no different. The driving itself is pretty slick, and there are multiple vehicles that you can unlock and drive. However, the only vehicle you can upgrade is the standard vehicle that you start out with. This removes the need to collect all the vehicles in the game entirely. Moreover, as slick as it is, and regardless of how good the controls are, it gets real old real fast. At the end of the day, all you want to do is get from one point to another, in as quick a way as possible. A downright shame.

It is even more of a shame when you take into consideration the repetitive nature of the game, and how uninspired it all seems to be. The three factions feature their own sets of missions, all of which are indicated by different coloured logos on the map. The problem is that, regardless of which colour you ended up picking first (since you have to do them all), you will undoubtedly end up going into an area, just to eliminate a few waves of enemies. This switches up every now and then with a mutant that needs killing, or some big explosion that needs to be set up. The issue is that the premise remains the same for every single mission, and, just like the driving, it gets old really quickly.

As bland as the missions seem to be, there is no denying that Rage 2 is a beautiful game. I have never been one for the Fifth Element inspired, post-futuristic and neo-punk colour popping genre for visuals. While their stories are great (Fifth Element especially), they always look dumb to me. Fortunately, Far Cry New Dawn proved to be quite fun, regardless of the vibrant purples it featured. Rage 2, is no exception.

In a way, the brand-new colour overhaul Avalanche and id Software have given the franchise, helps immensely in its presentation. So much so, that you would think it is an absolute blast. Even the trailers make the game look like a lot of fun. The colours lie.

With that said, I did have fun staring at the various views the game has to offer. As you make your way from point A to point B, you will be met with beautiful vistas and captivating locales. Even enemy bases look breathtaking in the correct light. I suppose it is just such a shame then, that the game ultimately fails to live up to its own beauty. Like a beautiful bold chest with nothing more than a few single coins of gold inside.

Furthermore, the game feels like it is one big empty showroom. As pretty as it is, and as great as the combat actually is fun, there is nothing to do besides the few missions and races that you are forced to do along the way. Similarly, NPCs are lacking, and there is hardly anything happening between places of interest. It all feels empty and bland.

Rage 2 is pretty, but forgettably ‘meh’

Look, I did not want to rip into the game. I had my hopes up for the game once it landed in the Vamers inbox. I do like Andrew W.K. quite a lot, after all, and the dude’s support, albeit paid-for, still goes a long way in my eyes. However, when you are presented with a game that no one asked for, a sequel no less, to a nine-year-old mobile game, I hardly think that “greatness” is on the itinerary.

Combat in Rage 2 is exceptional. Gunplay is tight, and the feedback makes you feel like the badass superpowered ranger that you always wanted to be. It also looks incredible! However, the great gunplay and colourful lick of paint do not do anything for the countless hours of “meh” that you will undoubtedly have to commit to the game if you ever pay for it.