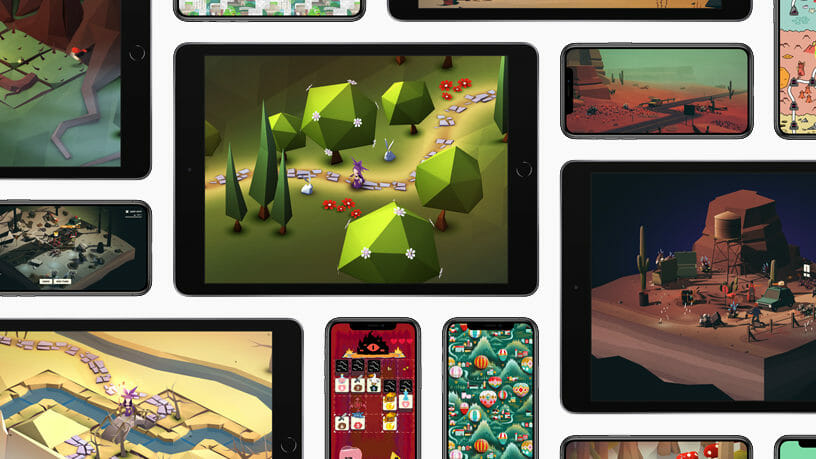 Video gaming is an important part of the entertainment industry, and its expansion into mobile devices has been nothing short of incredible. Naturally, many companies want a piece of the pie before it is too late. Some companies, however, would like to innovate along with securing market share. Apple is doing exactly that by offering new gaming services for mobile devices. Apple Arcade is one such service, and now that it is here, it almost seems exhaustive! Especially when looking at the list of Apple Arcade launch games.

Gaming is on the rise, and it is thanks in no small part to the countless individuals who upgrade to more powerful phones and tablets each year. Yes, “mobile gaming” may be a bad word to some enthusiast video gamers out there, but there is no denying that it is, indeed, where the masses lie. Perhaps it is time for a company to step up and bring the two worlds together – the “casual” feelings mobile games offer, mixed with awesome narratives and great gameplay from traditional video games? What a cool idea, right? Apple certainly thinks so! Their brand-new service is no doubt filled with many. As such, the list of Apple Arcade launch games is now available, and it is quite good.

Apple says there will be new games added to this seemingly unending list “on a weekly basis”. While I am certain it will eventually grow to become a monthly practice, the promise of new games every week seems exciting – to say the least.

With developers such as Devolver Digital, Ubisoft, and even Square Enix and LEGO in on the deal, there is no denying how Apple Arcade launch games will cater to both “casual” gamers and also the more enthusiast among us. Apple will also be highlighting different categories of games, and feature different games on the Apple Arcade front page as the weeks pass. All in order to bring a spotlight to all the games on their platform.

I have no idea what we can expect for the future of the service, but it certainly is exciting when looking at the current list of Apple Arcade launch games and the support of bigger publishers and developers it brings. Square Enix and Ubisoft have both released games on Apple Arcade that are unique to the brands in question. However, I would personally like to one day see ports of big console games making their way to Apple Arcade. Some games, like Final Fantasy, have received incredible iOS ports. They even have the price tags to match. Thus it puts a spotlight on the “casual” notion of gamers on mobile when it is evident how more enthusiastic gamers are the target market. By making just one or two of the many Final Fantasy games available on Apple Arcade, Square will not only get people to play the memorable classics, but also open the rest of the franchise up for potential buyers.

Anyone curious about Apple Arcade can trial the service for one month, absolutely free (PSA: do not cancel within the free trial period, as it voids the trial – cancel at the end only). The service is also very well priced, especially if you consider the list of Apple Arcade launch games. For a low monthly subscription of only $4.99/R84.99, up to six people can have access to the games on offer (via family sharing). Assuming the quality of the titles on offer will get better with time, it will make Apple Arcade an almost must have service for gamers with Apple devices in their lives.

Apple Arcade is here, and it looks promising, to say the least. Will you be delving into the huge, and quite frankly, incredibly well-priced service? Let us know!