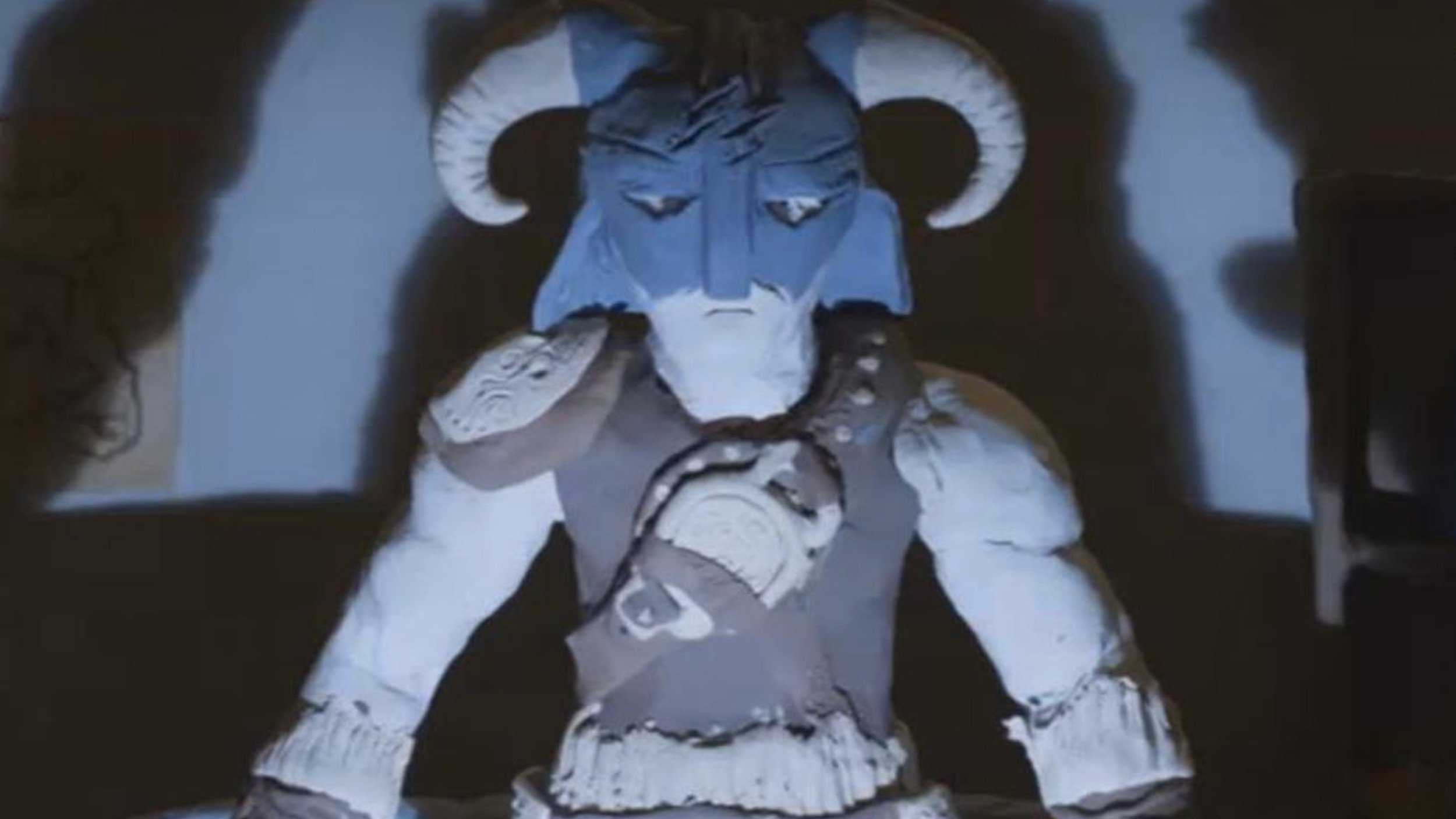 Normally, gaming studios create cinematic trailers for their games that are either live-action or computer generated. This time, Bethesda Softworks is treating fans to something far more unique with #SkyrimMemories. The company has have teamed up with claymation animator and Youtuber, Lee Hardcastle, to create a claymation video that highlights some of Bethesda’s biggest fan memories from Skyrim.

The video is a quirky little thing that reminds me a heck of a lot of Wallace and Gromit, and Prometheus and Bob. Those two series may come from entirely different sides of the age spectrum, but Hardcastle’s #SkyrimMemories claymation is one for all ages.

The video is narrated kind of like a Discovery Channel show and tells the story of a Skyrim player. It showcases a quick day-in-the-life of the Dragonborn and explores his exploits and how they affect just about every other person in Tamriel. From stalking through the wilds and taking on Frostspiders, to beating a dragon’s head in with an axe, the Dragonborn does it all. The video also shows a few repercussions some players will face, if they manage to hit the wrong guy in the face… with that same axe.

It has not been revealed whether more #SkyrimMemories claymation videos will follow. Either way, this is a nice little addition to the hype train we are all riding as we approach the launch of the Skyrim Special Edition.