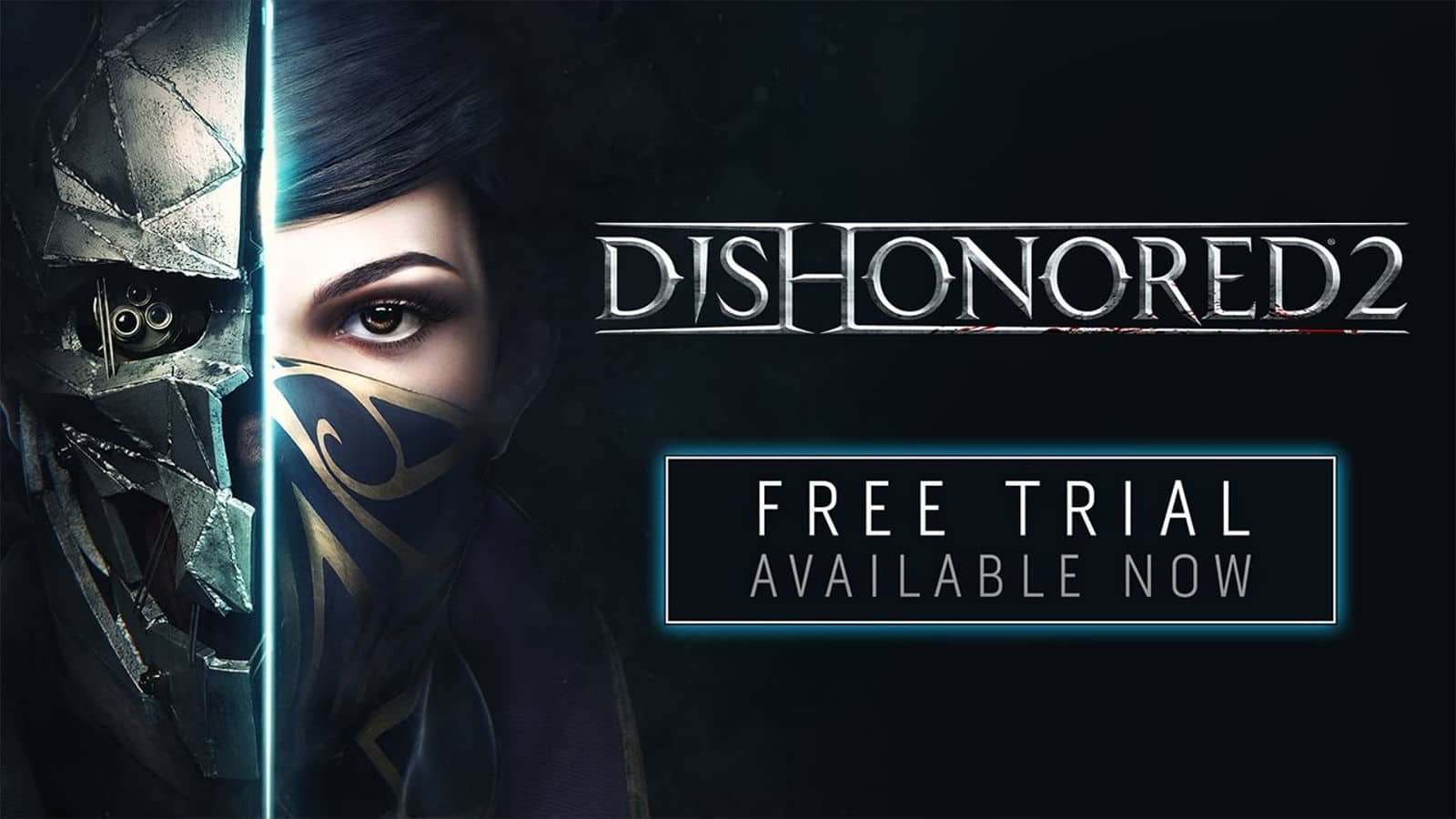 Dishonored 2 (2016), the latest fantasy first-person action adventure title from Arkane Studios’ and Bethesda Softworks, has been out for around six months now. Today, the companies are offering a Dishonored 2 demo for those of you who have yet to try the game.

The Dishonored 2 ‘free trial’ will allow any unsure player to finish the first three missions of the game. Play as Empress Emily Kaldwin, or as her father and crownsguard, Corvo Attano; and play those three missions as many times as you would like. There are zero limits, beyond the fact that you can only play up to the end of the third mission.

I personally loved my time in the game.  In my review, I stated that the game was worth every hour I spent in it, but was unsure of its replay-ability. Since then I spent a few hours more in the game, and have grown to love it even more. The developers, Arkane Studios, have released a few updates since then that have improved the experience even more.

To sweeten the deal even more, the companies have also made it possible for all progress made during the Dishonored 2 demo to carry over to the full game. That means that if you do end up liking the game and end up buying it, progress will port over without any hassles.

Dishonored 2 released on 11 November 2016, and received favourable reviews. I personally scored it as one of my best games of 2016. You can pick up the trial on Steam, the PlayStation Network, and on the Xbox Marketplace. If you plan on buying it outright, you can expect to pay around R799.00 for it across the board.