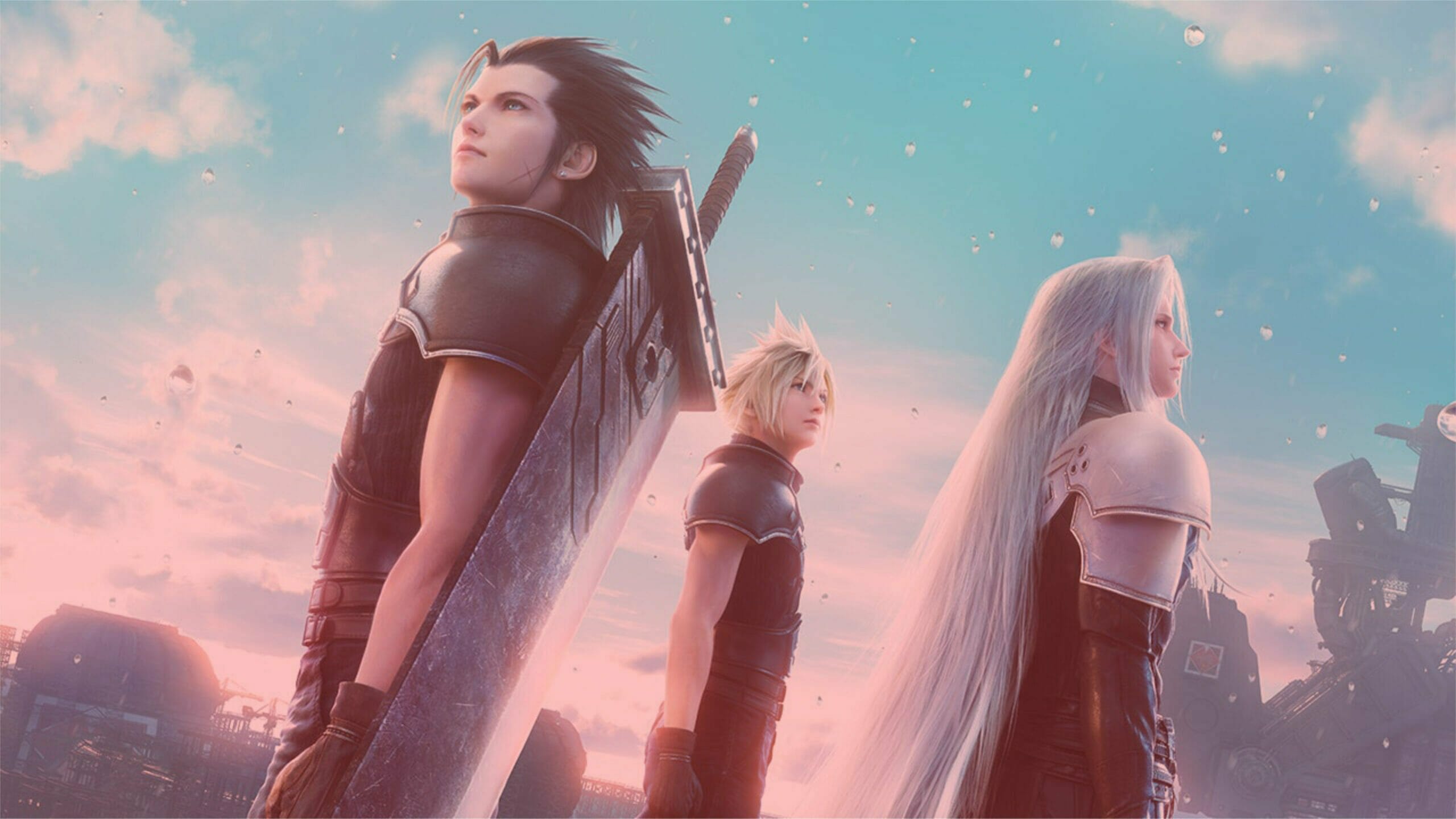 Featuring large and seemingly unending RPG titles with hundreds of hours of gameplay, all Final Fantasy games carry heart-wrenching narrative and surprising plot twists. Final Fantasy VII is no different. Since its initial release, fans have keenly followed the exploits of Cloud and his friends, found out about his dark past, and made sense of the secrets he held close — one such secret is none other than Zack Fair, fellow SOLDIER and good friend whose legacy lives on within the blonde-haired hero. As it so happens, Crisis Core deals with the story of Zack directly. It tells the tale of how the SOLDIER met Cloud, and what transpired before the events of the main game. Needless to say, more explicit spoilers for Final Fantasy VII and Final Fantasy VII Remake may lie in wait.

Crisis Core -Final Fantasy VII- Reunion picks up five years before the Reactor 1 bombing. The War with Wutai has reached its peak with Shinra coming out as the victor, and Shinra Electric Power Company’s global dominance is now all but secured. Much of their success can be attributed to three elite SOLDIER First-Class members: Genesis, Angeal, and Sephiroth. However, all is not well. Two of the three SOLDIER First Class members defect from the company’s militarised unit as the Midgar MAKO reactors slowly sap away the life energy of the world. Meanwhile, SOLDIER Second Class Zack Fair makes his beautiful Mako-eyed and dark-haired debut… within a simulator. Having always wanted to be the “hero”, Zack is about to discover that heroism is much more than it rightfully ought to be in a wholly unfair world run by warmongering corporations.

The true star of the Crisis Core – Final Fantasy VII- Reunion narrative is Zack’s idealism. The game does an absolutely stellar job of conveying what it is like to want to be good. As a SOLDIER, Zack gets paid to dig in and get his hands dirty – he is nothing more than a spoke in the wheel of a much larger military unit responsible for draining the planet dry. This is a disparity that shines brightly all the way through to the end of the game. In fact, it drives the conflict within the game, and ultimately acts as the catalyst leading to Zack and Cloud’s fateful meet-cute.

One especially nice aspect of the game (which also [sadly] contributes negatively toward its overall pacing) comes by way of the game’s many side quests. While disguised as fetch quests and trivial collectathons many role-playing games tend to have, the side quests in Crisis Core -Final Fantasy VII- Reunion feel… wrong. Sure, many of them tend to lead players into samey catacombs and maze-like dungeons, but that is not the real focus here. Many side quests will lead Zack down a twisted and corrupt path he may never have thought imaginable from his peers. It really is a form of art how even the side quests can make players feel uneasy about their current predicaments.

Beyond side quests, Crisis Core – Final Fantasy VII- Reunion also features hours of collectibles, emails, and optional dialogue fleshing out the in-game world. Players who wish to learn more about Shinra and Midgard, or the War with Wutai, or even the legendary three First Class SOLDIERs, merely need to pay attention and listen. There are answers everywhere; some that may fit questions raised in Final Fantasy VII and Final Fantasy VII Remake, and others completely eluding players who may never have played or heard of the rest of the Final Fantasy VII Compilation [looking especially at you, Dirge of Cerberus].

Crisis Core -Final Fantasy VII- Reunion Review is, for all intents and purposes, just a straight up remastered port of the original PlayStation Portable (PSP) release. Pacing suffers quite a lot as a result, with the main storyline feeling rushed at times and a few-too-many time jumps to keep count. With that said, the game has been completely modernised for current platforms and, beyond its narrative, serves as a decent prequel to Square Enix’s otherwise magnificent magnum-opus.

As a remaster, the game features updated graphical assets, a streamlined combat system, and a user interface closely resembling the same systems in Final Fantasy VII Remake. Gameplay is still unique to Crisis Core, however. While the old-school tank-controls have been replaced with a modern third-person control scheme, players will find many features have been retained from the PSP version. Zack controls easily and running around the various industrial and neon-light themed locales is enjoyable, to say the least.

Combat, however, is what sets the game apart from anything else in the collection. The game was always an action-RPG with hack and slash gameplay. Thanks to its limited functionality, Square had to resort to switching gears with the way in which players controlled the flow of combat on the PSP. Now, for some wild reason, the developers have decided to stick with their guns and to simply port the overarching gameplay mechanics over to modern-day platforms. As such, players can expect a modernised version of the DMW system!

For better and for worse, the DMW system consists of a three-tyle slot machine that keeps on running throughout combat. When a particular character lines up or when a certain number of combinations have been achieved through the slot machine system, Zack can get a substantial boost. These boosts include gaining unlimited mana for the duration of combat, getting an instant limit-break, and even the possibility of landing a summon! The DMW system is a weird solution to a mechanical limitation that is no longer needed… yet it somehow fits so well into the overall Crisis Core gameplay. It also serves as a constant reminder of how tarnished the PSP Nostalgia really is.

Another aspect of note is how Square Enix have decided to re-render the cutscenes in Crisis Core -Final Fantasy VII- Reunion. At face value, every cutscene is nothing more than a high-resolution render of the cutscenes featured in the original title. Sure, many character models have been edited to match their reworked counterparts from more modern takes, but they still retain the authentic Crisis Core look and feel. Then, out of the blue, the game goes out and throws a curve ball at players who manage to make it all the way to the end, possibly cementing the fact that both Final Fantasy VII as well as Final Fantasy VII Remake are canon [though that is a conversation for another day].

Crisis Core -Final Fantasy VII- Reunion is nothing if not good fun. While pacing issues are evident and its weird PSP-inspired combat feels a bit weird to get used to, spending upwards of 15 hours with Zack and experiencing his [mis]adventures with characters only lightly touched upon in Final Fantasy VII; as well as seeing Cloud and Aerith once more, is a real treat for any FFVII fan. Players who have grown accustomed to seeing one side of Shinra and Wutai are also subjected to a wholly different side, from the perspective of a super soldier with one too many ideals on his belt! It is a quirky adventure not unlike the more frivolous parts modern gamers have experienced with Final Fantasy XV, but with the dark and twisted undertones truly setting the stage for all of the Final Fantasy VII Compilation games that follow, whether chronologically or otherwise.