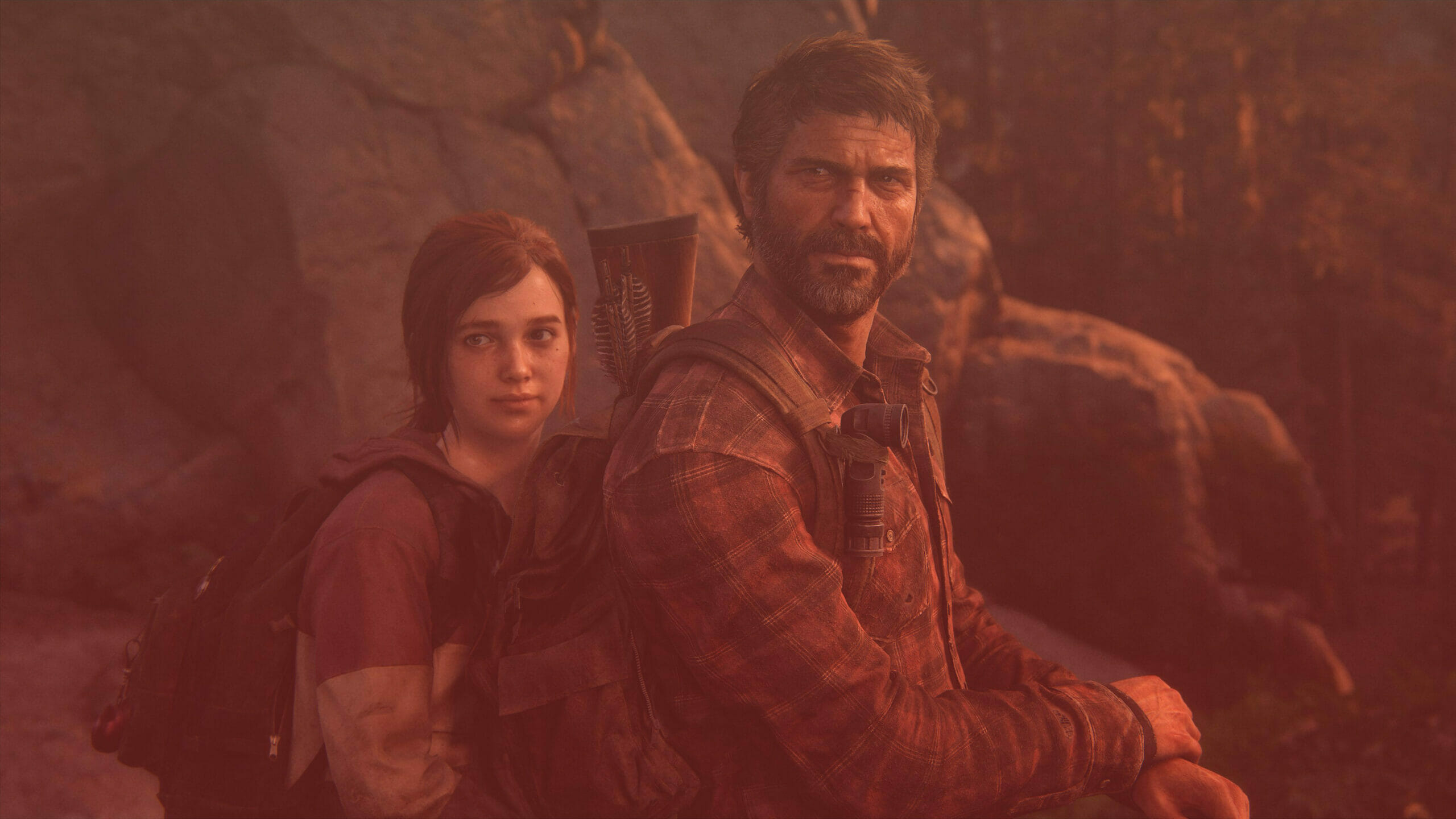 Remasters and remakes have become an integral part of video gaming. What these two terms necessitate, however, is still very much up for debate. Many development studios and publishers choose to follow the terms by their most literal definitions, while others (such as Sony Interactive), arguably use them interchangeably. Regardless of how one views remasters or remakes, it goes without saying how gamers will always gravitate toward nostalgia… for better and worse. While it is marketed as a full-blown remake, The Last Of Us Part I peters the edge of what it really means to be built “from the ground up”.

Enhancing a classic title’s visuals is always welcomed by fans. Over the course of its four main releases, The Elder Scrolls V: Skyrim has steadily grown in visual fidelity. Developers Bethesda Softworks has steadily enhanced the game’s gameplay and continued fixing bugs until the release of the definitive version, The Elder Scrolls V: Skyrim Legendary Edition; which allowed all Skyrim veterans to acquire the new release at a fraction of the cost of the original release. Similarly, Marvel’s Spider-Man Remastered gave fans an increased frame rate and ray tracing support, bundled all of the game’s downloadable content into a single package, and released it together with a whole new spin-off. While not available at a discount, fans had the option to get the game in a discounted bundle via its spin-off’s deluxe edition. Given these very recent examples, Naughty Dog’s latest re-release comes off as an inexcusable cash grab when it, honestly, does not deserve to be.

The Last of Us Part I is a classic title reimagined into a definitive masterpiece. It is, allegedly, a completely rebuilt version of Naughty Dog’s original post-apocalyptic swansong. The game was already ahead of its time in 2013; a technological, visual, and narrative leap compared to anything else on the PlayStation 3 at the time. It goes without saying how The Last of Us deserved every single ounce of praise has received. Redone and rebuilt nine years on, the game rightfully, and finally, has found a new seat amongst the greats. The game has been renamed to The Last of Us Part I to better account for continuity between the first and the second title, and has been released as a PlayStation 5 exclusive. Like the PlayStation 4 remaster before it, there is no doubt how this version will act as a narrative benchmark for many more years to come.

There is simply no way of overstating just how phenomenal it is to see beloved characters Ellie and Joel in all of their [younger] glory. Character models have all received significant upgrades compared to both of the previous versions. Joel and Ellie, as well as Tommy and Sarah, have all been redone with immaculate attention to detail. Joel looks more in line to his five-year-older model from the sequel and Ellie commands all of the attention of one of video gaming’s strongest female leads. Tommy has also been given a prettier face falling more in-line with his model from the sequel, and both Tommy and Sarah have been redesigned to look more like Joel.

Other non-playable characters (NPCs) have also been rebuilt. Bill, for instance, looks so much more like an actual person. Random security guards now look like real people as well, and not a single guard’s face looks similar. Naughty Dog have even rebuilt every single enemy from the ground up, with the various stages of infected all looking scarily real and more in-line with their Part II counterparts. Infected stuck to walls also look truly horrible now, with the most horrific facial expressions and blank stares!

Of course, the legacy of The Last of Us has always been its expert level design and eerie true-to-life post apocalyptic horror. Environments in Naughty Dog titles are always the showstoppers and The Last of Us Part I is no different. Every single texture and asset from the 2013 release has meticulously been upscaled or completely redone in an effort to create environments feeling even more real and much more believable than before. Dilapidated buildings feel more like scary horror setpieces than mix pots of movie props, and tight streets closed off by broken down buses are far more spacious and set out in a much more realistic manner. Thick dust particles now float in the air, and the difference between infected air and cleaner air is also much more noticeable. Similarly, water and snow are malleable and contour to the feet of characters, while shadows and darkness beautifully interweave with trees and buildings. The Last of Us Part I has genuinely been prettied up to bring it more in line with Part II; a remarkable feat.

With that said, Part I is not quite the brand-new game Naughty Dog and Sony are making it out to be. For as “new” as the gameplay mechanics now are, Joel can still not go prone, dodge, or jump – three of the most important “modernisations” released with The Last of Us Part II. While jumping is a gameplay mechanic easily brushed off due to how integral movement is to game design and the intended feel of a game’s pacing, omitting going prone or dodging is, simply put, lazy. It not only beats the purpos of a remake (to make a game from scratch in order to bring it into line with current generation titles), but also comes off as disingenuous in terms of marketing; once again emphasising how the main selling point boils down to nothing more than a new coat of paint.

An argument can be made about another massive selling point for the game: accessibility; but here is the thing – accessibility should never be given a price tag. Something as simple as colour blind modes, and toggles for slow motion, weapon sway, and “tinnitus sounds”, can easily be patched into a game. Other accessibility options include highlighting speaker names, dialogue rumble, and even tweaking how much the game takes advantage of the touch control. There are also audio indicators and additional features for the hard of hearing. None of these features require a game engine upgrade, let alone a price wall lock.

Visuals and accessibly aside, there are a few surprisingly neat additions – least of all being dedicated speed running modes, new visual filters, and neat gameplay modifiers to make the experience more or less challenging. Ellie and Joel can also wear different outfits throughout the campaign, provided players have finished it at least once already and met the requirements for some unlocks. Unfortunately, however, gamers who already own previous releases must play this remake once through, at a minimum, since the way Sony handles titles in the back-end simply does not allow for save imports from older titles.

Like the 2014 Remaster, The Last of Us Part I also comes bundled with Left Behind, the single player downloadable content campaign following Ellie’s journey before she met Joel. This DLC has also been given the same remake treatment, with wholly new assets where needed, and redesigned characters. What Part I does not have, however, is the much loved multiplayer mode featured in both original releases of the game. It comes as no surprise, given Naughty Dog’s gross treatment of fans who were promised a multiplayer mode in The Last of Us Part II (it has been cut and is instead being made into a to-buy standalone game), but it is worth mentioning nonetheless.

Perhaps the most baffling facet of this entire release, however, comes via its cost to entry. The Last of Us Part I is a full-priced $70 USD (or your local equivalent) title; in a world where the PlayStation 4 remastered version can be purchased, brand-new, for $20 USD, or be found readily available on PlayStation Plus Collection (for PS5 owners), therefore making this price hike a truly mind boggling move. If companies like CD Projekt RED can work tirelessly for years to bring fans a free next-generation upgrade, or publishers like Bethesda Softworks can offer a full-featured next-generation remaster up for a discount to anyone who purchased their games in the past, why must The Last of Us fans be treated like money mules?

Simply put, it is incredibly challenging to recommend The Last of Us Part I to anyone who owns, or has played, the original release or its remaster. The game is exceptional in its quality, and features the same masterful story that arguably dwarfs that of the sequel. It features some of the most loveable (and hated) characters the video gaming has ever seen, and it looks absolutely stunning. The issue, however, is how it simply does not justify its own existence. There is no doubt how The Last of Us Part I is the definitive edition of the game — it will go down in history as an essential part of gaming. However, the knowledge of how it is, truthfully, nothing more than a visual upgrade with no multiplayer mode, and heavily marketed accessibility features, is downright disappointing – to say the least.

Title reviewed on PlayStation 5 with code supplied by Sony Interactive.