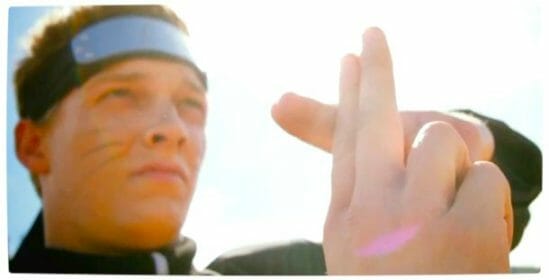 I have to put it out there, I am a big fan of Shonen Jump’s Naruto and Naruto Shippuuden Japanese anime series. As a fan, I would very much like to see a good live action movie of Naruto’s journey to become the Hidden Leaf Village’s Hokage.

Having said that, I sincerely hope that Hollywood has no immediate plans to adapt Naruto because of the colossal disappointments that were Dragonball Evolution and Avatar The Last Airbender. Thankfully, the enthusiast driven Thousand Pounds Action Company has stepped in to temporarily satiate the needs of Naruto fans around the world.

The Thousand Pounds Action Company is an independently owned and run film studio based in Los Angeles, California. The studio specialises in martial arts imagery mixed with visual effects and, as a result, has become well known in anime and video game circles for outstanding live action short film adaptations of popular franchises, such as Tekken, Street Fighter and Naruto Shippuuden.

What makes this studio’s current work so good is that the members are natural enthusiasts of the source materials. In other words, the Thousand Pounds Action Company currently operates on a “by fans, for fans” basis. Have a look at the ‘Naruto Shippuuden: Dreamers Fight!’ live action short film below to see what this fledgling studio is capable of.

The story takes place after the Pain saga with Naruto becoming the acknowledged village hero he’s always sought out to be. Seeing Naruto become steps closer to his dream, Rock lee decides he too, must continue to grow and push his training even harder. Feeling unfulfilled in his regiment, Lee decides to challenge Naruto to a no holds barred duel in hopes to reignite his passion to become the best ninja he can be. Naruto accepts the challenge from his close friend and with this the fight is set! Will Naruto’s constant growth and Nine Tailed Fox spirit overwhelm the hardworking, hand-to-hand fighter? Or will Lee again, push his body to the limits to become the more powerful opponent? Thousand Pounds fight team brings you Naruto Shippuden: Dreamer’s Fight!

Due to the immese online success of ‘Naruto Shippuuden: Dreamers Fight!’ and ‘Street Fighter x Tekken: The Devil Within‘,  Thousand Pounds is currently in the process of developing and producing their very first original live action series entitled ‘Clandestine’. We will be observing the Thousand Pounds Action Company closely and we look forward watching them grow from strength to strength.

Have you come across any other well made fan fiction online? If so, be sure to let us know in the comments below.