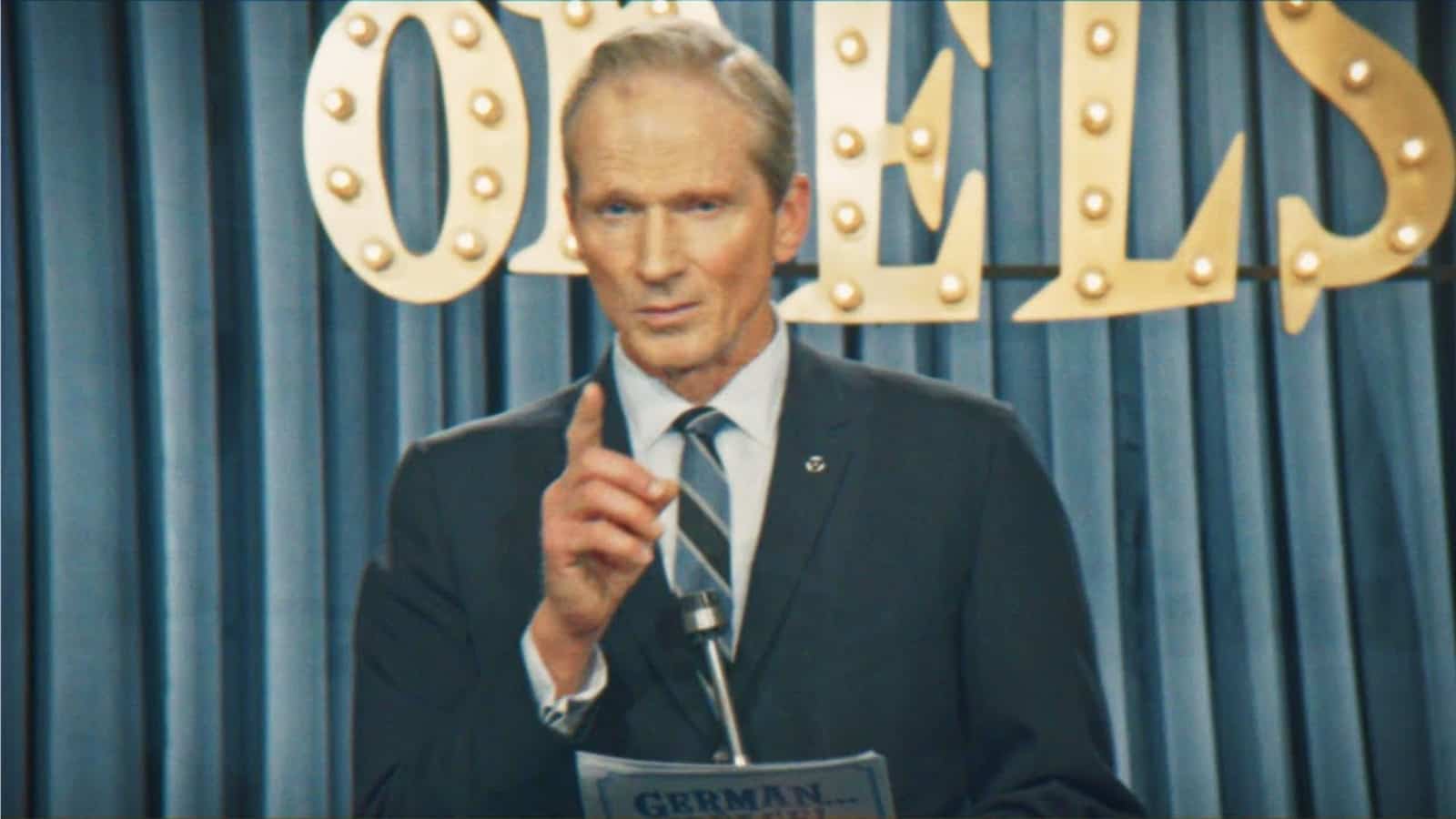 When it comes to marketing, Bethesda Softworks sure knows how to do it well. They often produce some of the best live-action trailers for their games. Speaking of, Wolfenstein II: The New Colossus is undergoing the same treatment, and what better way to kick off the months before release than with a new propaganda trailer about a new television show called German… or Else!

The trailer itself is very reminiscent of televised game shows from the 50s and 60s. It even features the same faux resolution and blur that was common during that period. In this instance, the Wolfenstein II: The New Colossus advertisement is about the German… or Else! game show where contestants have to guess the correct German translation of a word in order to win a prize. In the event that they lose, well, ‘re-education’ must be applied.

The video trailer shows two contestants duke it out for what I can only assume is survivability, but I digress. Contestant number one, Rupert, is fast on the buzzer with amazing knowledge about the German language. Linda, however, is having a really tough time. During the last question, her attempt at guessing the German translation of “speed limit” is totally wrong. As you can imagine, Rupert wins and Linda is subjected to “four weeks in… re-education”! Sounds… fun.

The great thing about the trailer is that it also shows a few glimpses of gameplay from Wolfenstein II: The New Colossus. The game, which takes place in a Nazi controlled United States, shows a country that is in the last stages of complete occupation. The government and law may already be controlled by German forces, but the population still needs some time to adjust. German… or Else! is the perfect way to get people to learn the German language since, you know, there are only “173 days left of English”.

Wolfenstein II: The New Colossus releases on 27 October 2017 for PlayStation 4, Xbox One, and PC.

PS: “speed limit” is “Geschwindigkeitsbegrenzung”, by the way. Shame on you Linda.