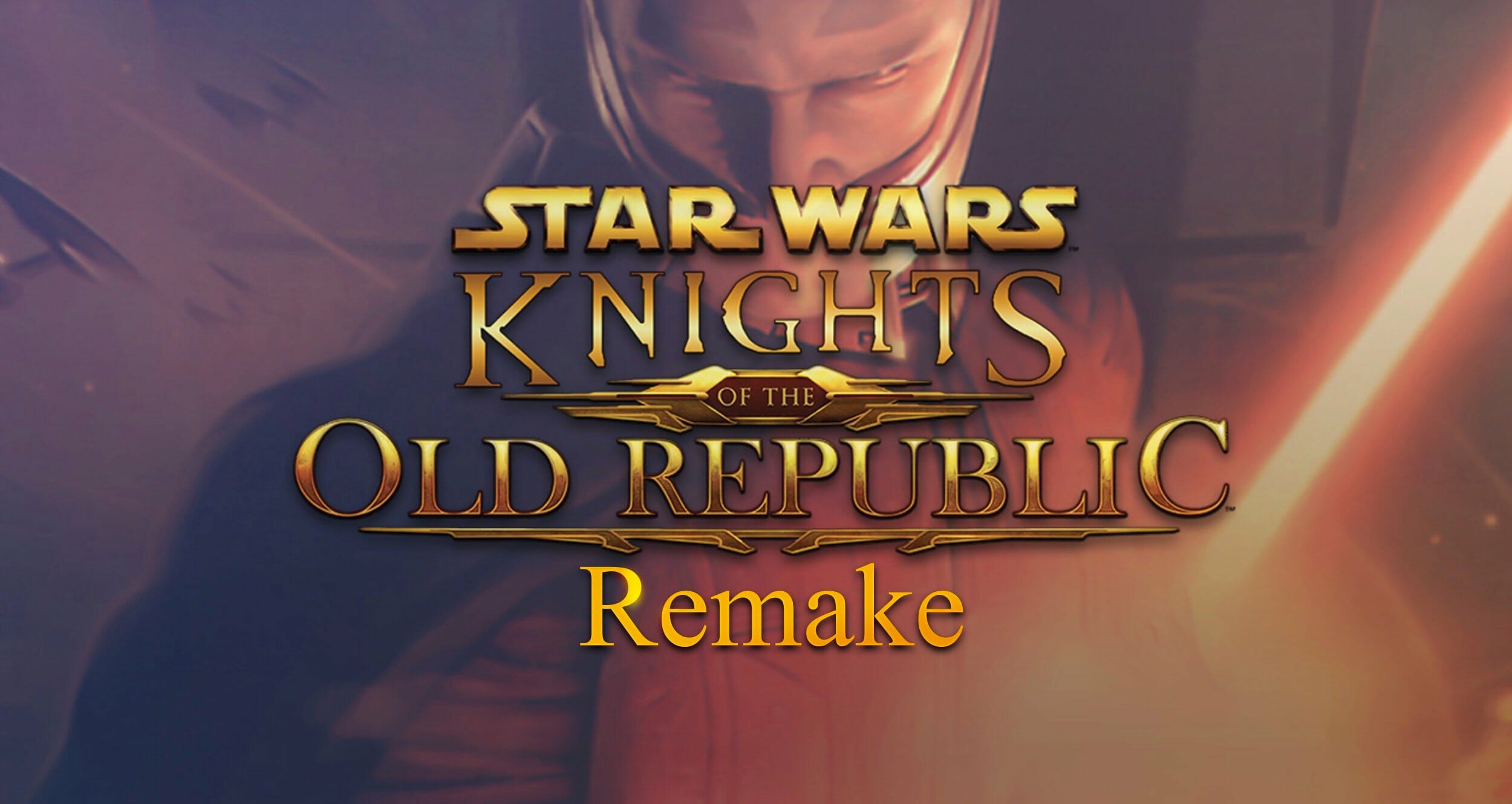 Star Wars: Knights of the Old Republic (2003) is one of the most beloved Star Wars intellectual properties. While not considered as part of the official canon anymore (more on that below), millions of fans still regard the game as one of the grandfathers of immersive third-person choice-based storytelling in video games. It is also widely regarded as the game that put Bioware on the map, and acted as the sole inspiration for their 2007 title, Mass Effect. Lately, rumours are suggesting that Knights of the Old Republic (KotOR) is poised to get a remake and, if true, I have already soiled my underwear! With this in mind, it begs the question of how Disney would want this beloved video game rewritten to fit better with current canon. As such, I have created a small list of what I think the KoTOR Remake will have to change in order to become a part of Star Wars Canon.

For a bit of context, the Star Wars franchise has undergone a massive shift after Disney acquired LucasArts in 2012. The entertainment conglomerate made a franchise-altering decision in 2014 that saw most of the Star Wars Extended Universe content removed from official canon. All of this content was dubbed Star Wars Legends. All other content directly tied to the established films became official Star Wars Canon. Since then, many new books and games have released in both Star Wars Canon, but only one Star Wars Legends video game is in active development.

The famous LucasGames Massively Multiplayer Online Role-playing Game (MMORPG) Star Wars: The Old Republic, started its run based solely on Extended Universe lore. Given the big lore shift, the game was moved to Legends. As such, the game has found a new home with the rest of the extended universe. Therefore Bioware has implemented and retconned a few of its campaigns to better fit canon lore. While still not considered canon, The Old Republic now has the unique ability: it can fit into either camp. However, what about the game it spins off from? The answer is a little more complex, but one thing is certain: the KoTOR Remake will have to change certain elements in order to become a part of Star Wars Canon.

Darth Revan was a Jedi Knight who fought in the Mandalorian Wars, and ultimately helped end it. Revan, along with his best friend Malak, defeated Mandalore the Ultimate and put an end to the war. While dubbed heroes of the Old Republic, the two Jedi were convinced that something sinister was brewing in the shadows, and that the war had not truly ended. The two vanished into the Unknown Regions while investigating a mysterious Sith presence, only to return years later as newly turned Sith.

In Knights of the Old Republic, Revan is missing and Malak takes up the mantle of the supreme lord. Both the game and the Legends comics depict how an attack on a Republic cruiser left Revan without memory. His story from then on is left to the player’s discretion. Legends canon, however, explains how Revan trains as a Jedi at the Jedi Enclave on Dantooine (with no knowledge of his past self), and finds the legendary Starforge before ultimately falling to the dark side once again, many years later.

Despite all that is known, Revan is still quite the mystery! This dark lord’s existence would have been confirmed, had his scene in The Clone Wars (2008-) not been cut. Most recently however, the Rise of Skywalker Visual Dictionary referenced Darth Revan. More specifically, it tells how all Sith legions commanded by Palpatine on Exegal were named after famous Sith. One such legion is named Revan Legion. This officially stamps the Sith Lord’s name as canon, but what about everything else we know about him? His appearance in The Clone Wars would have shown us exactly what we wanted, but alas this never happened. I have a teensy feeling this will change dramatically in the KoTOR Remake. My reasoning is twofold. Firstly, it is simply because we have never seen a red and black Mandalorian mask before. Secondly, it seems Disney wants to make all Mandalorians look similar, unlike the variations we see in Legends.

In the many years that followed, Mandalore the Ultimate led his people in one last push against the Jedi, and ultimately fell in battle against Jedi Knights, Revan and Malak. The fallout of the war, however, resulted in the destruction of Mandalore’s surface and caused all remaining Mandalorians to live in secrecy.

In Knights of the Old Republic, players are thrust into a brand-new war between the Sith order and the Old Republic. The onset of this battle came from the end of the Mandalorian War, with the galaxy still suffering from its fallout. In the game there are many Mandalorian characters, some of whom wear Mandalorian armour and many who do not. With the existence of the recent Disney+ show, The Mandalorian, the KotOR Remake might need to change the armour and rules all Mandalorians characters are scripted with. I’m terms of the game, party member Canderous Ordo is a Mandalorian mercenary who later travels with Revan in search of Mandalore’s Mask. If the KotOR Remake is made by Bioware, we can undoubtedly expect a Companion Quest involving this mask and Ordo.

The very essence of Knights of the Old Republic is one of The Force. Revan’s story is about his constant struggle with the force. He grew up with the Jedi Order and led the Old Republic to victory against the Mandalorians, all before succumbing to the dark side and becoming an amnesiac who once again trained as a Jedi… only to fall to the dark side again much later in his life.

One cannot talk about a Star Wars property and not mention how it is either chock-filled with Jedi, or features a surprising lack of Jedi. For some weird reason, there can never be a nice and balanced number of the science fiction fantasy warriors. Knights of the Old Republic, unfortunately, had Jedi around pretty much every single corner! The starting planet, Taris (which is also a part of canon thanks to Star Wars: Rebels (2018-)), may not have any Jedi on it, but as soon as you leave you can be prepared to see one lightsaber and force user every thirty minutes.

Throughout the game, you will meet multiple force users who accompany you. Juhani, Bastila, and Jolee Bindo are three such companions, with countless more Jedi non-playable characters available for interaction. I firmly believe a KoTOR Remake will likely do away with one of the Jedi companions or add more companions to balance it out nicely.

The wonderful thing about the current Star Wars Canon is how it largely only pertains to media directly surrounding the films. This leaves Knights of the Old Republic and its spin-offs in quite a unique position. While it is technically part of Legends, the events in the games occur so far back in history that they could be considered canon anyway, and be explained by simply stating how historical records becomes muddied with time.

While the points I listed above will most likely be changed, I also want to leave you with this: what content in the trailer would not fit into the current canon? Especially when considering how everything mentioned takes place thousands of years before the events of Star Wars: Episode 1 – The Phantom Menace?

Whatever your answer will be, only time will tell whether the KoTOR Remake rumours are true. Moreover, only time will tell whether the remake will change anything at all, or if Disney will sign off on making the original game canon… and of course that leaves one more question: who will develop the KoTOR Remake? Whether it is Bioware, or perhaps even Respawn, I am certain it will be in good hands.