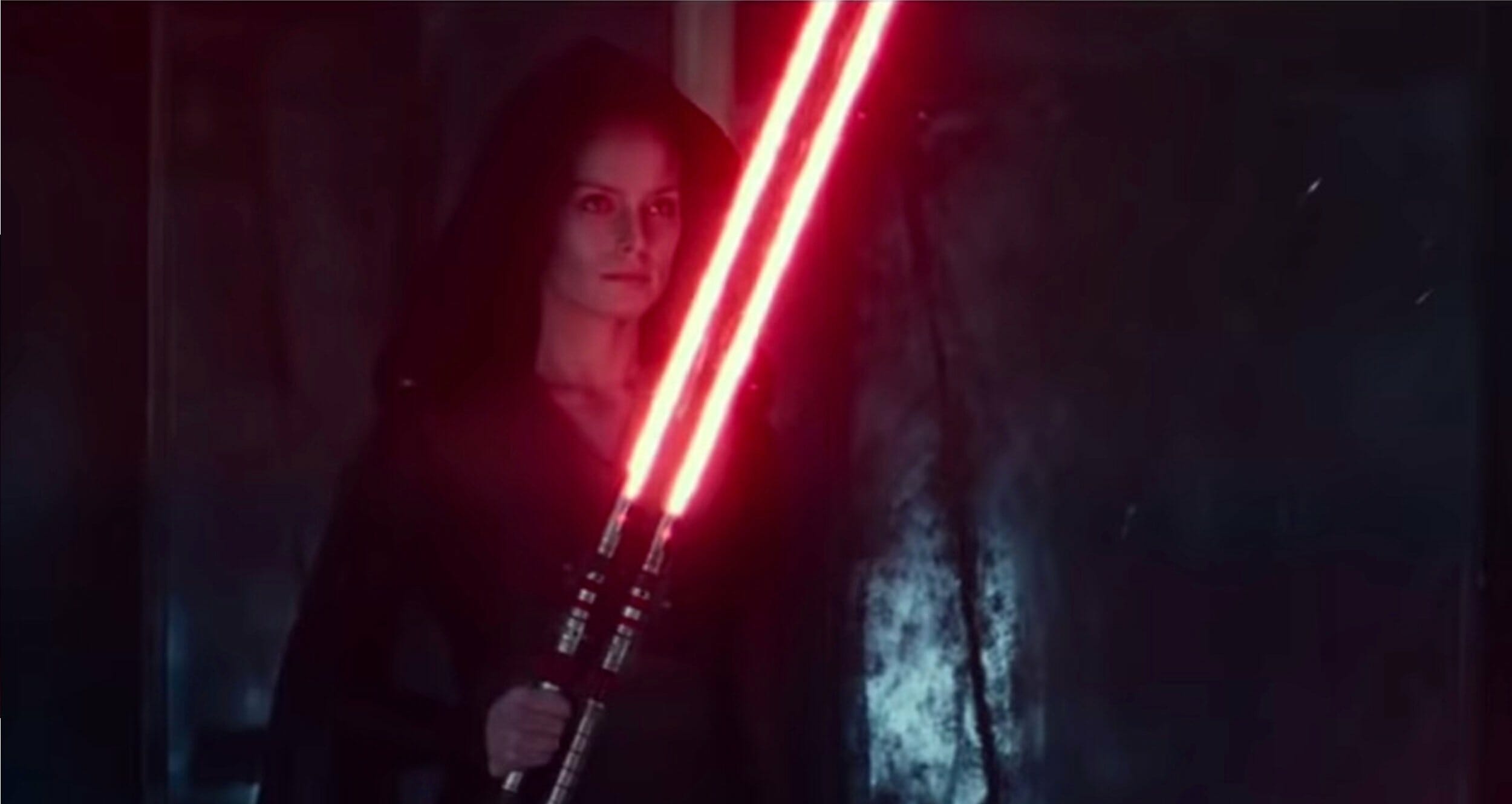 When Disney gave fans the first sneak peak at what they could expect from the next Star Wars, one thing stood out above all else: Dark Side Rey’s Lightsaber. It is a red, hinged lightsaber unlike any featured in the mainline Star Wars movies. It is very weird… but we want it!

EFX Collectibles are manufacturers of extremely detailed replicas of notable brands such as Marvel, Power Rangers, Blade Runner, and even Star Wars. The company is known for their exceptional attention to detail and highly marketable collectibles, and now their sights have been set to Star Wars: Episode IX – The Rise of Skywalker.

Besides the extreme pandering toward fans who liked the original trilogy only, it is clear director J.J. Abrahams wants to put a much darker emphasis on the final Skywalker Saga film. As you can see, around the 1:44 minute mark, Rey makes an appearance. The catch, however, is that it is nothing like the Rey we know and love. With a gaunt complexion and pure evil in her eyes, she stares at someone as she ignites her weird lightsaber and showcases how it folds out, and into place.

Dark Side Rey’s Lightsaber is certainly weird. For one, its folded setting clearly has no actual functional use. One might argue how a second blade cutting down doubles the damage, but lightsabers usually cut through thin metals, foliage and flesh, while acting as perfect counters when they hit each other. The only reason Dark Side Rey might ignite both blades, might be precisely for what we see in the trailer: in order to unfold the lightsaber into a dual-bladed lightsaber. With that in mind, I have to ask: why? Perhaps it is just to look cool? Either way, thanks to Chronicle Collectibles (who distributes EFX Collectibles), you can own your own replica of Dark Rey’s Lightsaber.

The hinged lightsaber is a perfect replica of Dark Side Rey’s lightsaber in the trailer. It is made out of solid aluminium and metal bits and bobs, weathered down exactly like the one in the trailer. According to EFX, Lucasfilms provided the movie prop for study. The result is a lightsaber that boasts the exact hinge design connecting the two lightsabers. This alone leads me to believe that it will get cut in half sometime throughout a fighting scene in the film.

The replica comes with a nice dark stand and a plaque with all the necessary information about the collectible on it. Embossed at the bottom is the serial number and edition number, with the actual name of the collectible on top and the usual “Limited Edition” print in the middle.

This may be the first time we see this hinged design in the main Star Wars movies, but it actually featured in the extended universe before. Jedi General Pong Krell extensively used a hinged lightsaber in Clone Wars, and Jedi Temple Guards feature similarly designed hinged lightsabers in Rebels. When unfolded, the lightsaber takes on a dual-bladed sabre look. We can all agree that the still-very-much-alive lightsaber user and Sith apprentice, Darth Maul, made the dual-blade cool. Long before Maul, however, Jedi Master turned Sith Lord Exar Kun wielded a double-bladed blue lightsaber. Too bad that lore and mythos went out the window when Disney acquired LucasArts, but I digress.

Chronicle Collectibles will be bringing Dark Side Rey’s Lightsaber to collectors in early 2020. Only 750 of these will ever be made, and all of them come at a premium of $1 599.99 USD. While expensive, it may be worth it to many eager collectors out there. We know we want it.