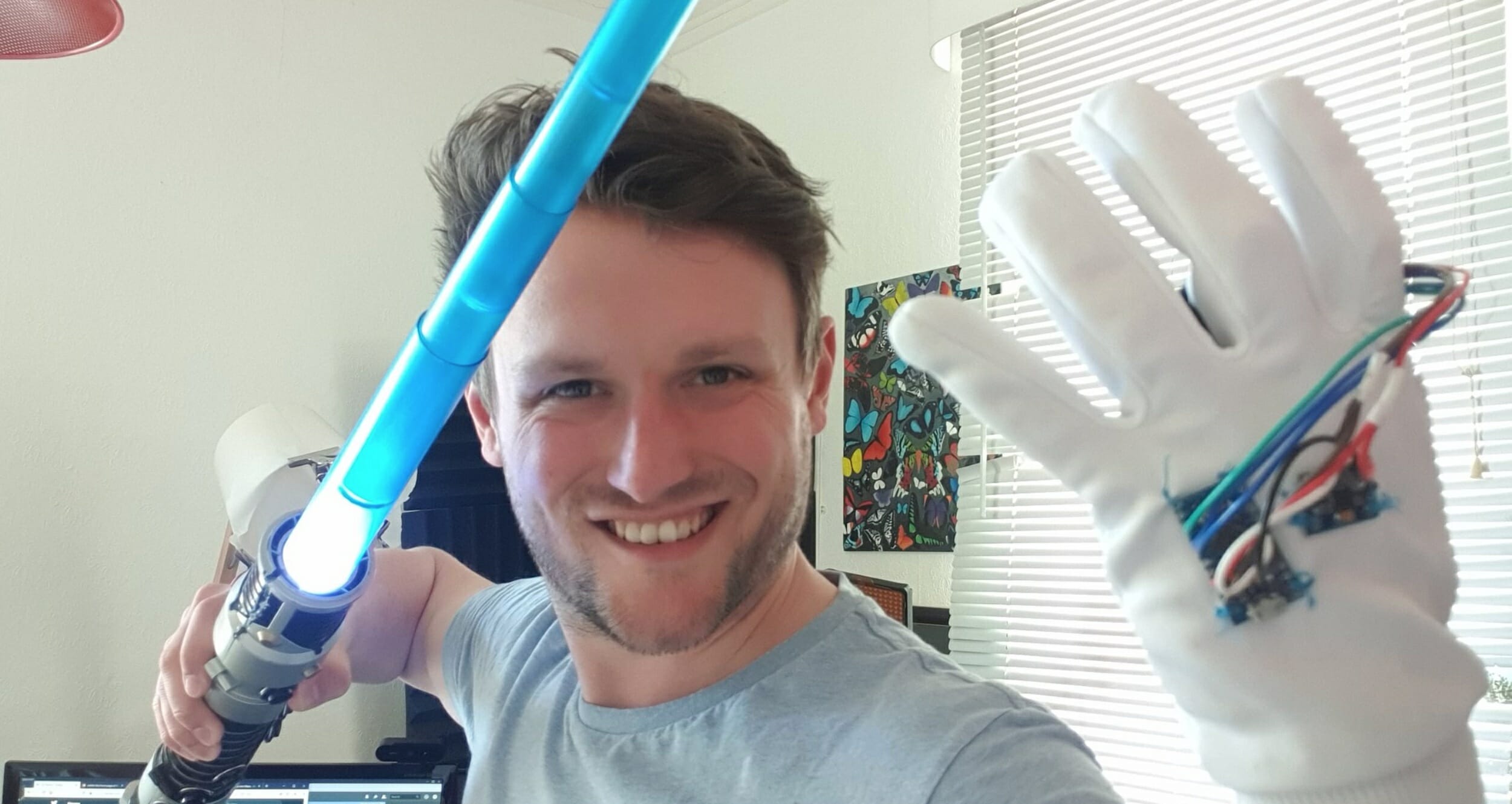 We all want our controllers and peripherals to fit our own needs. There are a few brands who get customisation for controllers just right. Scuff, for instance, enables users to add triggers and buttons at convenient locations on console controllers. However, we have to admit that we have never quite seen anything like this: a custom-built Lightsaber Controller, specifically for Star Wars Jedi: Fallen Order!

A few days after the game’s release, Twitch streamer and Twitter user, Rudeism, announced how he had built his very own Lightsaber Controller – complete with force power glove. The controller is fully functional, complete with motion controlled triggers and tracking. It really is the perfect controller!

The Lightsaber itself is actually a toy replica, which has been retrofitted with motion inputs. These inputs translate to in-game movements such as strikes, meaning every swing of the Lightsaber Controller makes the character swing his lightsaber. According to Rudeism, this was easy to achieve thanks to the fact that swinging the lightsaber just requires a single button prompt. No matter which way the Lightsaber Controller is swung, Cal will continue to string attacks until you stop.

Along with the Lightsaber Controller, Rudeism also fashioned a custom glove. This allows him to make use of Cal’s force powers simply by moving his hand. He also made it so it mimics the movement in the game, meaning that if he pushes forward, Cal will use his Force Push, or Slow abilities.

Interestingly, Rudeism is not a newcomer to custom controllers. He recently built an Untitled Goose Game controller, and has been enjoying customising controllers for several years. Honestly, I think this is a good retail partnership just waiting to happen. While it may seem a bit unorthodox, I know of more than a few people who would gladly pay good money for something like this Lightsaber Controller! I mean, I certainly might.

If you want to check out more of what Rudeism is capable of, you simply need to head on over to his Twitch channel. He plays video games there with all of the unique and interesting controllers he creates.