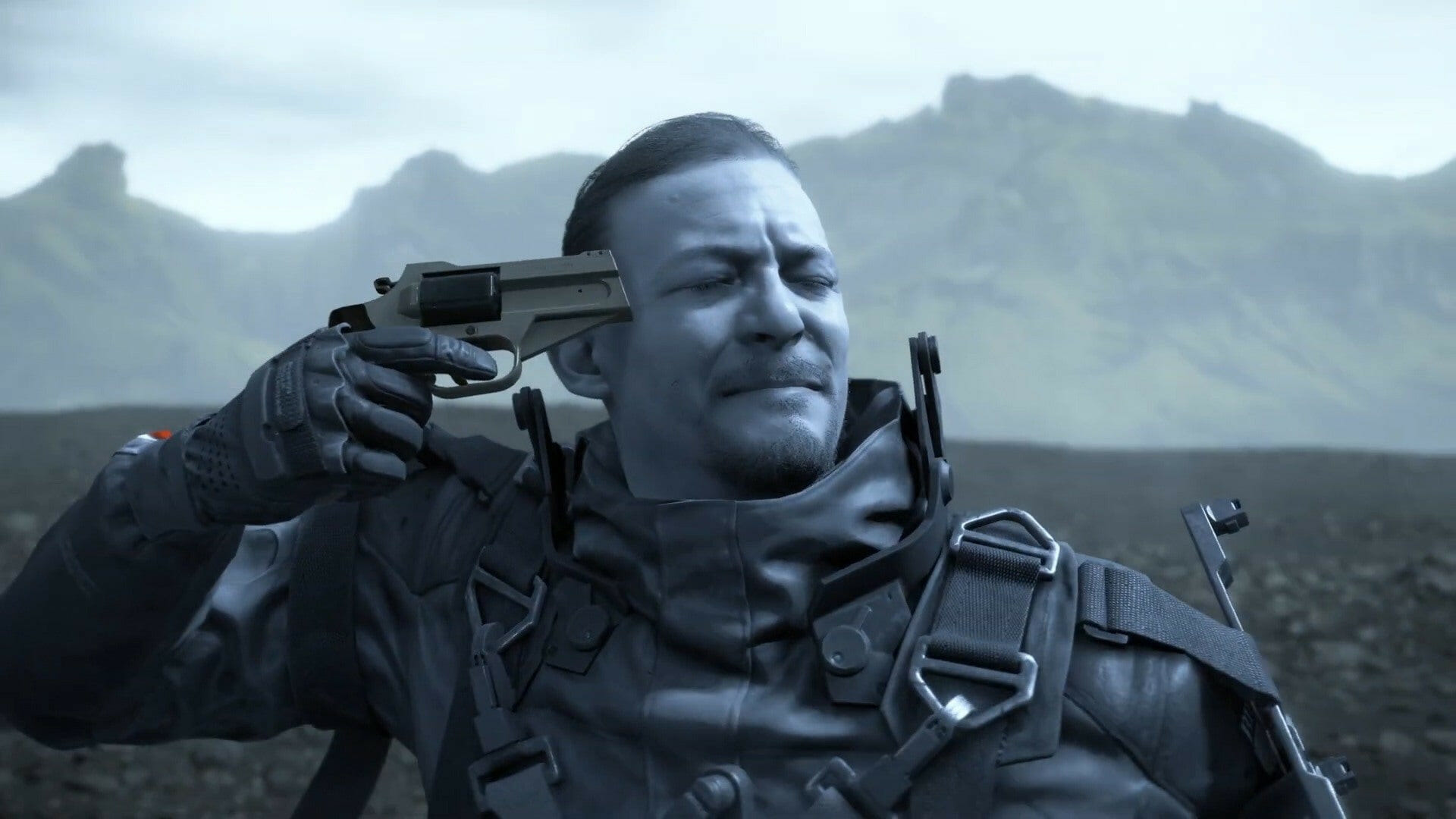 Mid 2015 was a jarring time for many gamers. While Metal Gear Solid V: The Phantom Pain released to millions of fans worldwide, it would also be met with somewhat of a sour note. Legendary game developer, writer, director and producer, Hideo Kojima had parted ways with Konami during the game’s post-production. Rumours alleged that the reason for the parting was in large part due to Kojima’s unyielding scope and ever-growing ambition to create huge games with massive narratives. Fortunately, Kojima Productions was established as an independent studio not long after, followed by the announcement of their first intellectual property, Death Stranding.

Death Stranding stars Norman Reedus as Sam Porter Bridges. It is Sam’s mission to travel across post-cataclysmic America in an effort to reconnect all of the cities and bring the people together once more. Doing so is a harrowing effort, however, with fearsome and seemingly invisible creatures called Beached Things roaming the wastelands in search of their next meal. If they succeed, all life in a few kilometres becomes “voidout” – a nuclear explosion that wipes everything off the map. It is a long and vast journey where players take direct control of Sam. As the protagonist, players will effectively walk across the entirety of America while interacting with a star-studded cast of characters.

While the game only releases on 8 November 2019, the verdict is finally out on one of 2019’s most highly anticipated video games. The reviews are far more divisive than anticipated! The fact of the matter is that not all games are for everyone. Some of us like slow and methodical narrative epics, while others would much rather just hammer from objective to objective in search of good explosions and a whole lot of action. While I loved every second of playing the game (with a score of 9.5), some publications truthfully did not! As such, we have scoured the internet in an effort to collect some of the most prominent scores for Death Stranding, in an easy-to-consume guide.

I absolutely adored my time with Death Stranding. From an elaborate story that simply needs to be experienced, to exceptional visuals where the finest details receive attention, through to hypnotic audio direction, and even copious amounts of refreshing gameplay to pad the open-world experiences; Death Stranding offers an unforgettable and beautiful experience unlike any other.

Our friends over at Glitched Africa adore every second of the game. With a score of 10, Marco Cocomello stated how much he loved the one-of-a-kind art direction and superb soundtrack. However, thanks to “some exploration issues”, he admits that the game may not be for everyone.

Similarly, Sam Aberdeen from Nexus Hub also thinks the game is a narrative masterpiece, enhanced by top-notch performances and stunning visual presentation. What kept him from giving the game a perfect score ultimately came down to wonky controls that “sometimes work against” players, and repetitive side missions.

Critical Hit is no stranger to great scores. However, they are not very forgiving either! In his review, Allesandro Barbosa states that the compelling performance and satisfying gameplay ultimately fell victim to the game’s poor pacing and gameplay systems that do not work too well together.

Push Square is a personal favourite of mine. Their reviews are especially succinct, and hardly ever fail to get to the point fast. In his review, Liam Croft states how much he loved Death Stranding for its gripping narrative and wonderful characters.

COG Connected’s Paul Sullivan also enjoyed every minute he had with the game, with a few exceptions. While he applauds the title’s incredible visual fidelity and direction, he feels that the game needs a bit of polish for its rough edges. Also, the game is not Metal Gear – can’t argue with that!

The fact that the game may not be for everyone is evident in the fact that it is not getting perfect scores from everyone. In fact, Hardcore Gamer’s Adam Beck gave the game an above-average score of 3/5 because of the way that it forces players through slow walks and slogs through its repetitive nature. He does agree that the game has an incredible soundtrack though, so there is that.

The most difficult part of your job as a critic is to admit that something you have looked forward to is simply just “okay”. This is what Tristan Ogilvie did in IGN’s review for the game, stating that while the game features a fascinating world it simply does not have the supporting gameplay to keep it from being better.

As you can see, the game is not nearly as revered as we all thought it might be! This is a breath of fresh air – to see how this game, while good, is not loved by everybody. This is when games manage to grab my attention more so than others with near perfect scores all around

What are your thoughts on the current Death Stranding review roundup? All it does for me is make me want to play the game all over again!