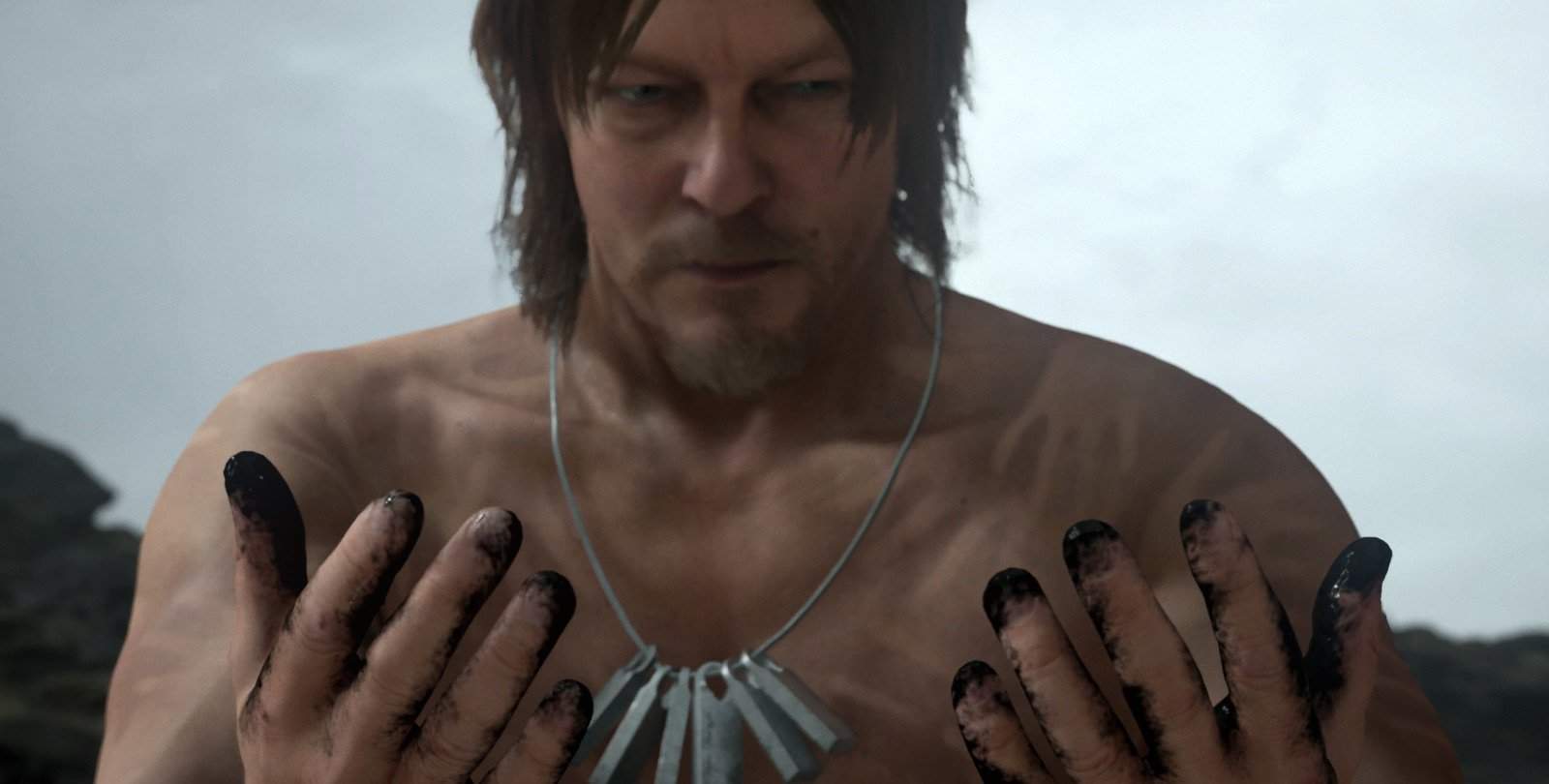 After last year’s sad news about the cancellation of Hideo Kojima and Norman Reedus’ Silent Hills, and the following drama about the game developer almost leaving the industry for good, it is a huge relief to see Kojima-san back at E3 2016. Kojima took the stage at this year’s PlayStation E3 2016 conference and announced Death Stranding, a mysterious new horror game that features, once again, Norman Reedus as the protagonist.

At the conference, audiences were shown a visibly upset – and very much naked – Norman Reedus in glorious Computer Generated Imagery (CGI). The actor’s character is shown sobbing, while picking up and cradling a new born baby that has its umbilical cord attached to Reedus’ character. The demo then cuts to a surprised Reedus with a bunch of dog-tag like looking objects hanging around his neck, with inky baby hands imprinting onto the ground in front of him. Standing up, viewers are treated to a horrendous C-section-like scar on his body, indicating that the baby might have come from his own belly. Details on the story are still scarce, but it is possible that these “ink” prints could form a part of the eventual gameplay.

The trailer may be unusual and ambiguous, but the announcement of the game has been very much anticipated since Kojima left game publisher Konami in December, 2015. The Metal Gear Solid creator has a very loyal fan base, and his announcement that he would start his own company with his small Kojima Productions team was expected. As such, Kojima Productions has confirmed that Death Stranding will be its first game, and it will be exclusive to PlayStation 4 and developed in collaboration with Sony. No word yet on whether subsequent games from Kojima will also be exclusive to Sony’s console. It is also great to see that the partnership between Hideo Kojima and Norman Reedus is still very much intact. Hopefully their professional and personal relationships will translate well into this new and exciting project.

Hideo Kojima has also been touting a futuristic game on all of his social media fronts for the last couple of weeks, though looking at the footage from E3 2016, we are still very unsure that the two projects are linked at all. Knowing Kojima, however, we really can not be sure until Death Stranding is in our hands.

Death Stranding does not yet have a release date.