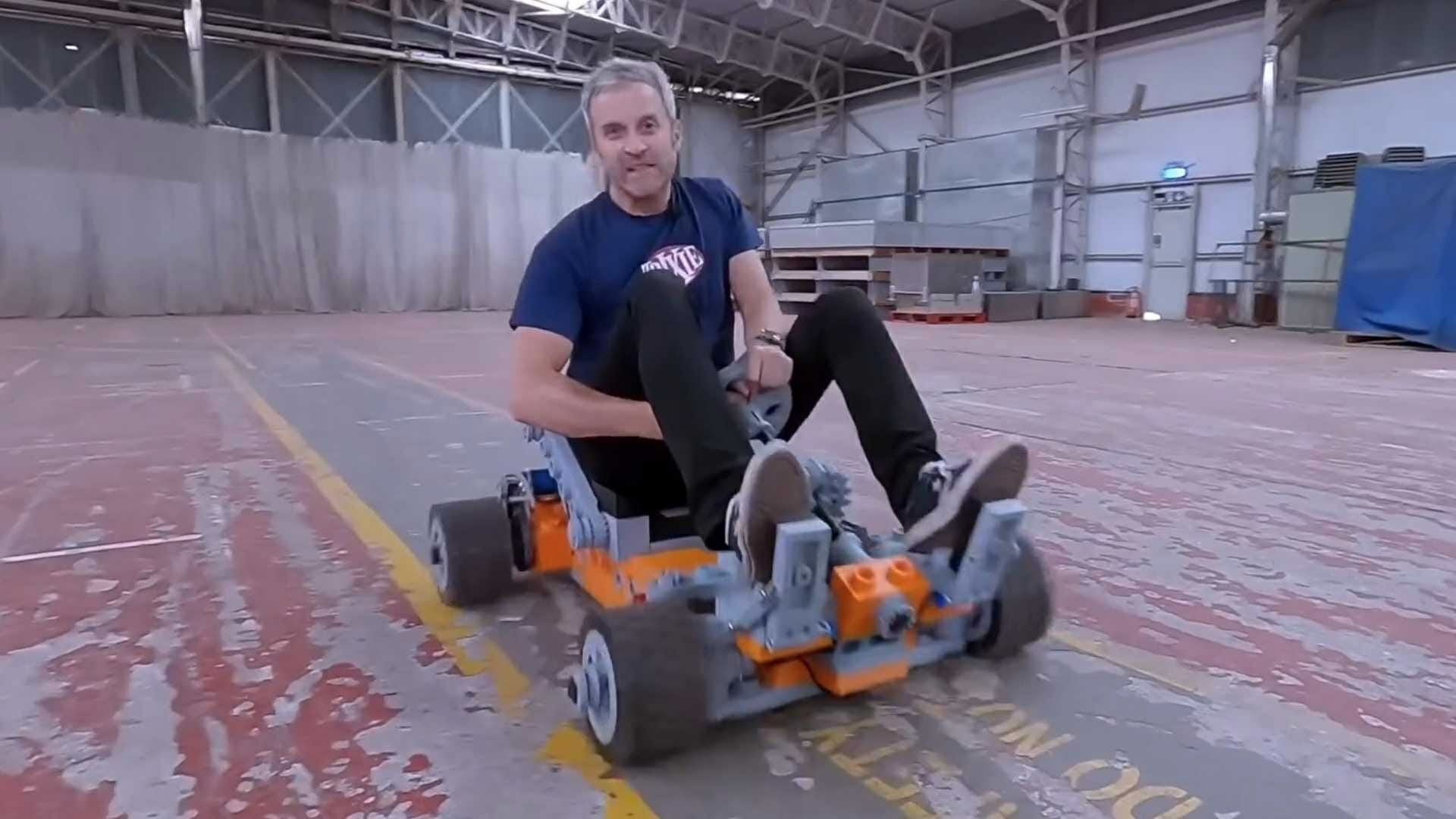 If there is anything I like more than video games and coffee, it is undoubtedly pretty cars and fast engines mixed with a bit of Do It Yourself engineering. This is exactly how Electrical Engineer Matt Denton felt as he uploaded his journey of designing and 3D-printing a life-size LEGO Go-kart to YouTube.

As you can see from the first video in his series, Denton builds the LEGO go-kart exclusively out of massive 3D-printed copies of actual LEGO blocks and parts – no extra kerfuffle and trickery at all. He prints the magnum-sized blocks using a variety of plastics. He uses PolyLite PLA, for example, on non-mechanical parts, and PolyMax PLA for parts and blocks that are more integral, like the chassis. In his videos, he goes over the creation process in great detail. Denton even plans on adding an LCD panel to the LEGO go-kart so he can be privy to detailed information regarding battery life.

In part 4 of his series, Denton and a friend take the LEGO go-kart for its first test drive, which marks the first milestone for the hobbyist. The video shows the LEGO go-kart working as intended, with very little minor technical difficulties [a steering wheel popping off is, most assuredly, not an intended feature, right?]. Naturally, as with all DIY projects like this, there is a lot of room for improvement. Denton specifically mentions things like the wheels spinning in position, which makes braking less effective, and talks of adding a differential to improve power delivery and handling.

Building exciting things out of 3D-printing resources is not new to Matt Denton. As mentioned before, Denton is actually an Electrical Engineer. He is also a droid puppeteer and, when not making awesome DIY projects on YouTube, actually lends his talent to the likes of Disney! According to The Internet Movie Database, Denton’s resume includes working as design and development supervisor, as well as creature and droid puppeteer, for Star Wars: Episode VII – The Force Awakens, Rogue One: A Star Wars Story, Star Wars: Episode VIII – The Last Jedi, and Solo: A Star Wars Story. Other franchises he has worked on include Lost in Space and Harry Potter.

As much as I wish I was an inventor, thinking up new and exciting spins on technology is self-assuringly out of my league. Fortunately, we have people like Matt Denton in the world to show us exactly what some book smarts and LEGO inspiration can do. Denton uploads about three times a month to his YouTube, and all videos usually involve one or more of his DIY projects – the most recent being the XXL 3D-Printed LEGO Go-Kart. What do you think? Would you build something like this?