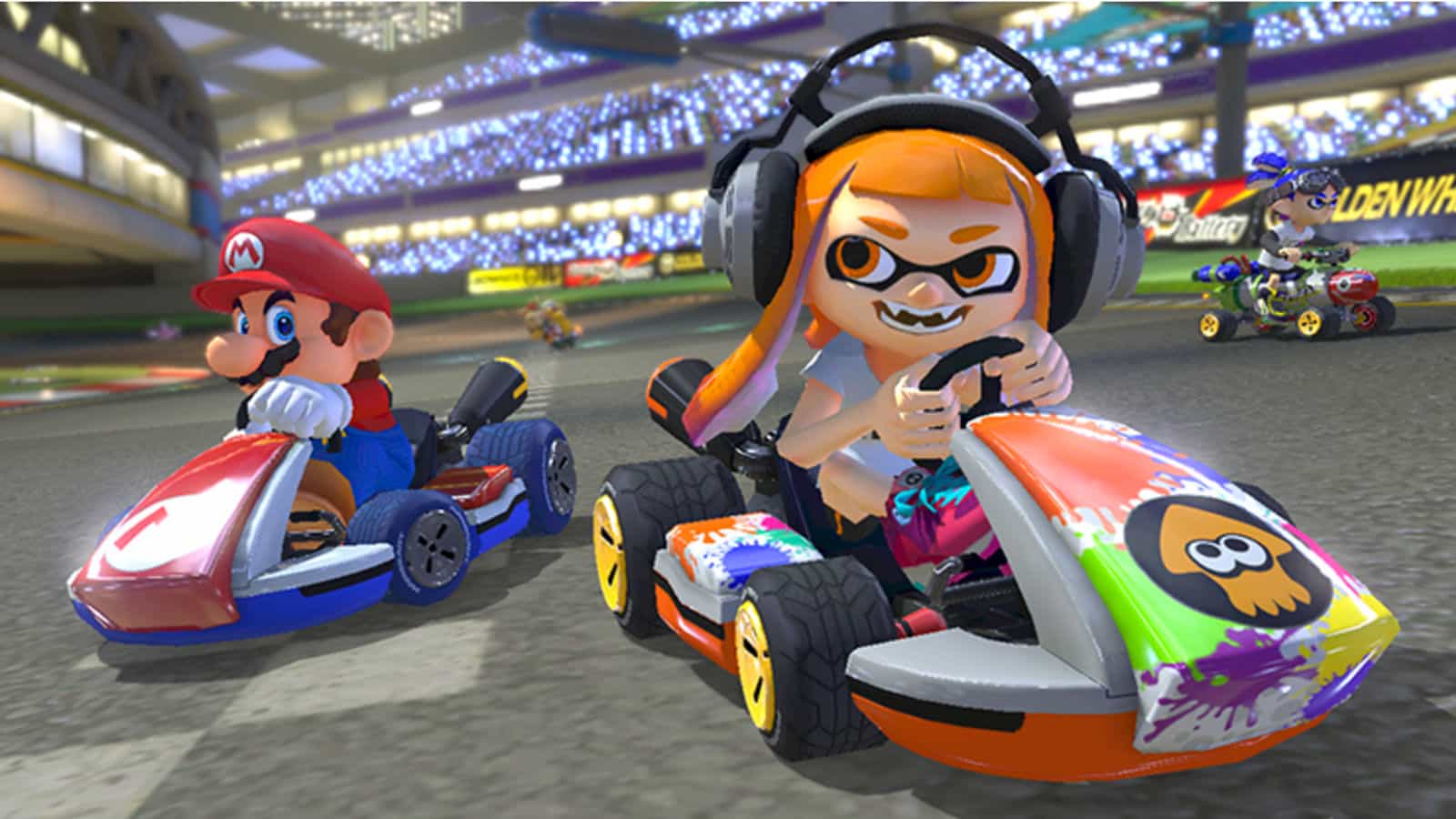 Mario Kart 8 was one of the two games that I immensely enjoyed during my hands-on with the Nintendo Switch earlier this year. Now, the game finally has a confirmed release date, and it is not as far off as we all thought!

Get ready to duke it out in iconic tracks from all around the world of Mario, alongside his entourage of friends. Up to twelve (12) friends of your own can play together. The definitive version of Mario Kart 8 features brands new characters, karts, and new modes. Not to mention vastly improved visuals over the earlier Mario Kart games. Essentially, it has every character and all of the tracks and karts from the Wii U version, only better.

All in all, Mario Kart 8 features robust new features with full-fledged characters. Fans can expect Inkling Girl, Inkling Boy, King Boo, Dry Bones, and Bowser Jr to join the race. That ups the total character count to 42, which is sweetened even more when you learn that the 12-player count means that races will be epic.

A big area that got a lot of the development time for Mario Kart 8 Deluxe is the battle mode. It now features multiple game types that take place across eight courses. A quick shortlist of the game modes are as follows:

Mario Kart 8 Deluxe is set to release on 28 April. It is the first Nintendo Switch game to be released that features the red-hatted plumber.