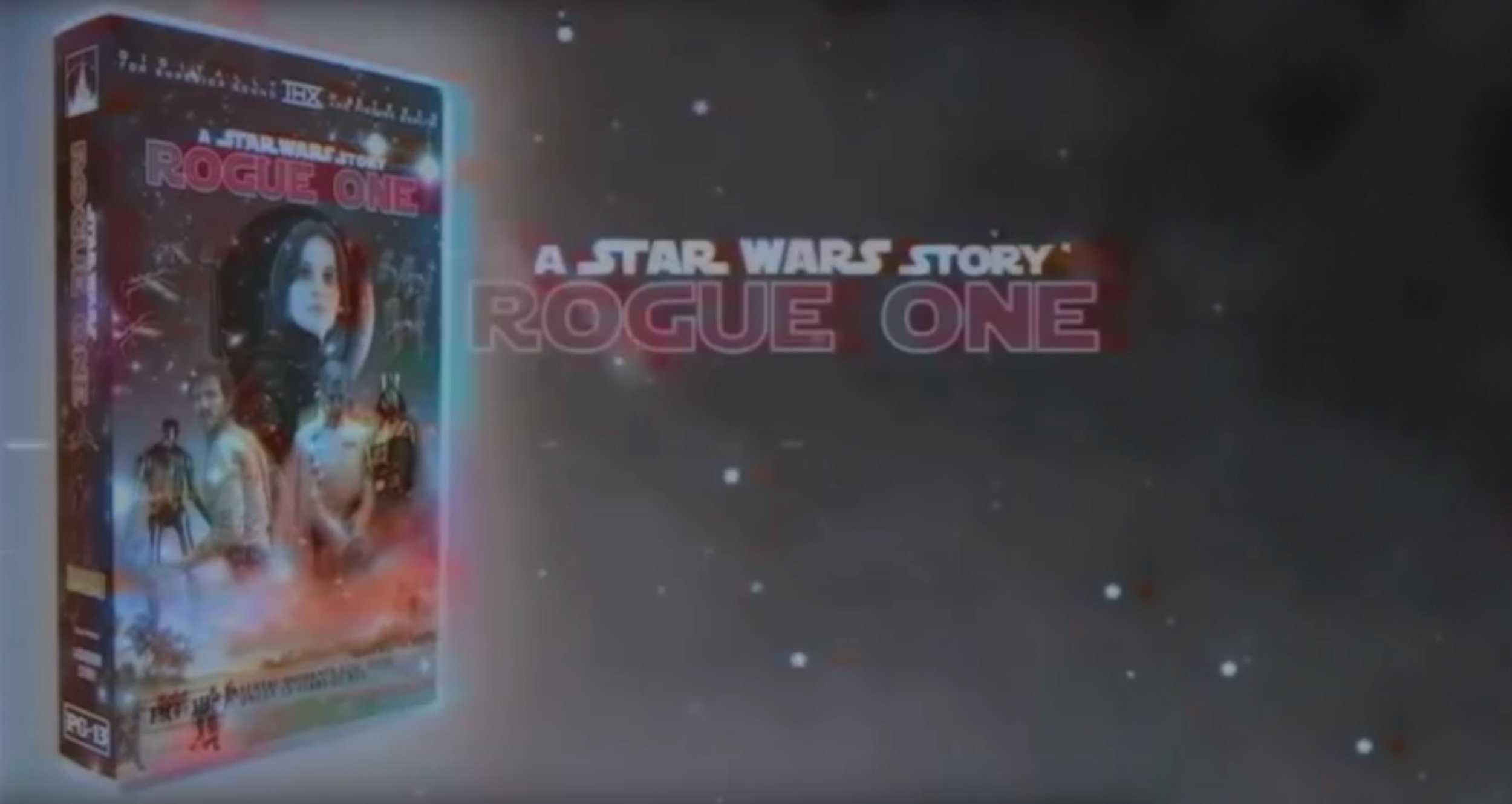 Star Wars: A Rogue One Story (2016), better known as simply Rogue One, will soon be available for purchase in Digital HD, on DVD and Blu-Ray. Despite the dated chronological sequence in which Rogue One fits into the Star Wars universe, the film will not be be available to own on VHS. Thankfully, a fan has made a rather fantastic and retro Rogue One trailer for the film’s ‘home’ release, as if it were to be released on VHS in the 80s.

Filmmaker Damien Kazan has expertly crafted a gorgeously retro Rogue One throwback to VHS advertisements of the 80s. The commercial features all of the classic hallmarks of an 80s advert, including a dramatic voiceover, era applicable editing, grainy footage and even box art. The commercial is certainly very well made and would have probably been a big hit in the 80s.

Despite not being alive at the time this advertisement would have gone live, I can certainly appreciate the sense of nostalgia that it brings to one of the best additions to the Star Wars film universe. Just watching the retro Rogue One trailer has me irking to watch the film again, and wishing for a time machine to travel back to a bygone era of cinema.

Star Wars: A Rogue One Story (2016) officially released on Disney Digital HD on the 24th March, and will be available on both DVD and Blu-Ray from the 4th of April 2017.