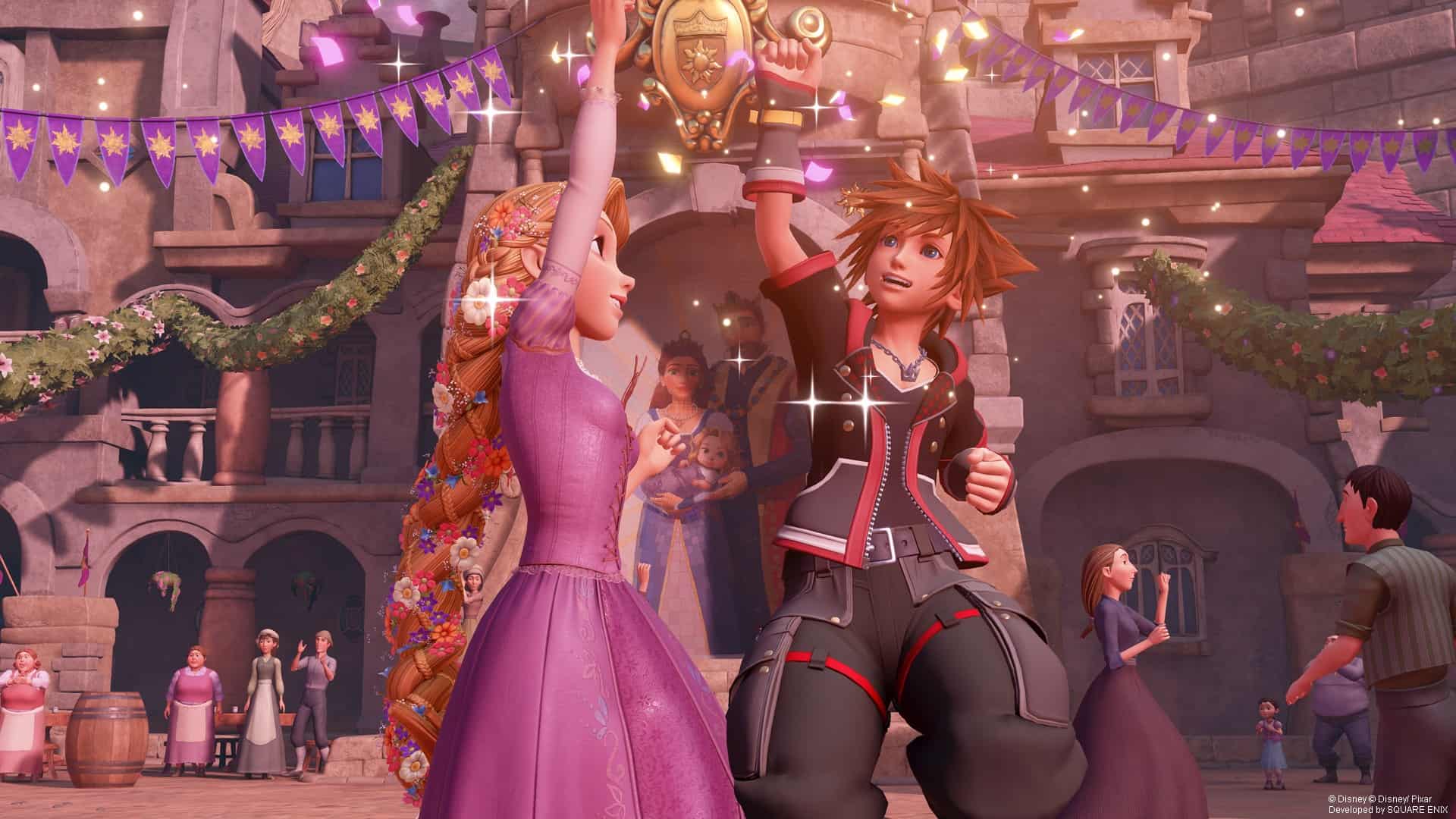 The Kingdom of Corona is a vast, beautiful land filled with forests and trees and evil witches. One of those witches once locked a princess named Rapunzel in a tower. Thankfully, the new Kingdom Hearts III Tangled trailer sets Rapunzel free.

In the video embedded above, you can see Kingdom Hearts protagonist Sora, along with companions Donald and Goofy, setting the fair princess free after stumbling upon her tower. However, her new-found freedom quickly comes to a halt when she finds herself face-to-face with a monster. Flynn Rider is also there, but he opts to sit this adventure out (for the most part), because it looks like Sora and friends are “more equipped” for combatting the creatures that have sprouted from the ground.

The versions of Rapunzel and Flynn seen in the Kingdom Hearts III Tangled trailer come straight out of the recent animated adaptation of the fair princess’ story. Similarly, it seems that the same voice talent has also returned. While the trailer does not confirm it, I am pretty sure that I can hear Mandy Moore and Zachary Levi doing the voice over work for their respective characters. The new additions also include Rapunzel’s happy-go-lucky nature, Flynn’s demeanor and overall charm, and that hair… that long golden hair. Overall, I am glad that Disney decide on adding Rapunzel to the list of franchises in this game. It may have been eight years since the movie came out, but boy was it one of the best. 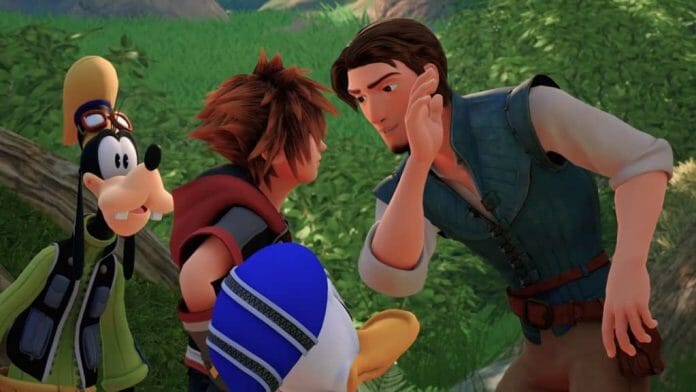 “Best day ever,” you say, fair princess? I most definitely concur.

Kingdom Hearts III is set to release on 29 January 2019 for PlayStation 4 and Xbox One. This is the first major Kingdom Hearts sequel in little more than a decade. As such, I think it is safe to assume that Disney will be throwing every franchise they have at this title, including Pirates of the Carribean, Toy Story, and Frozen.