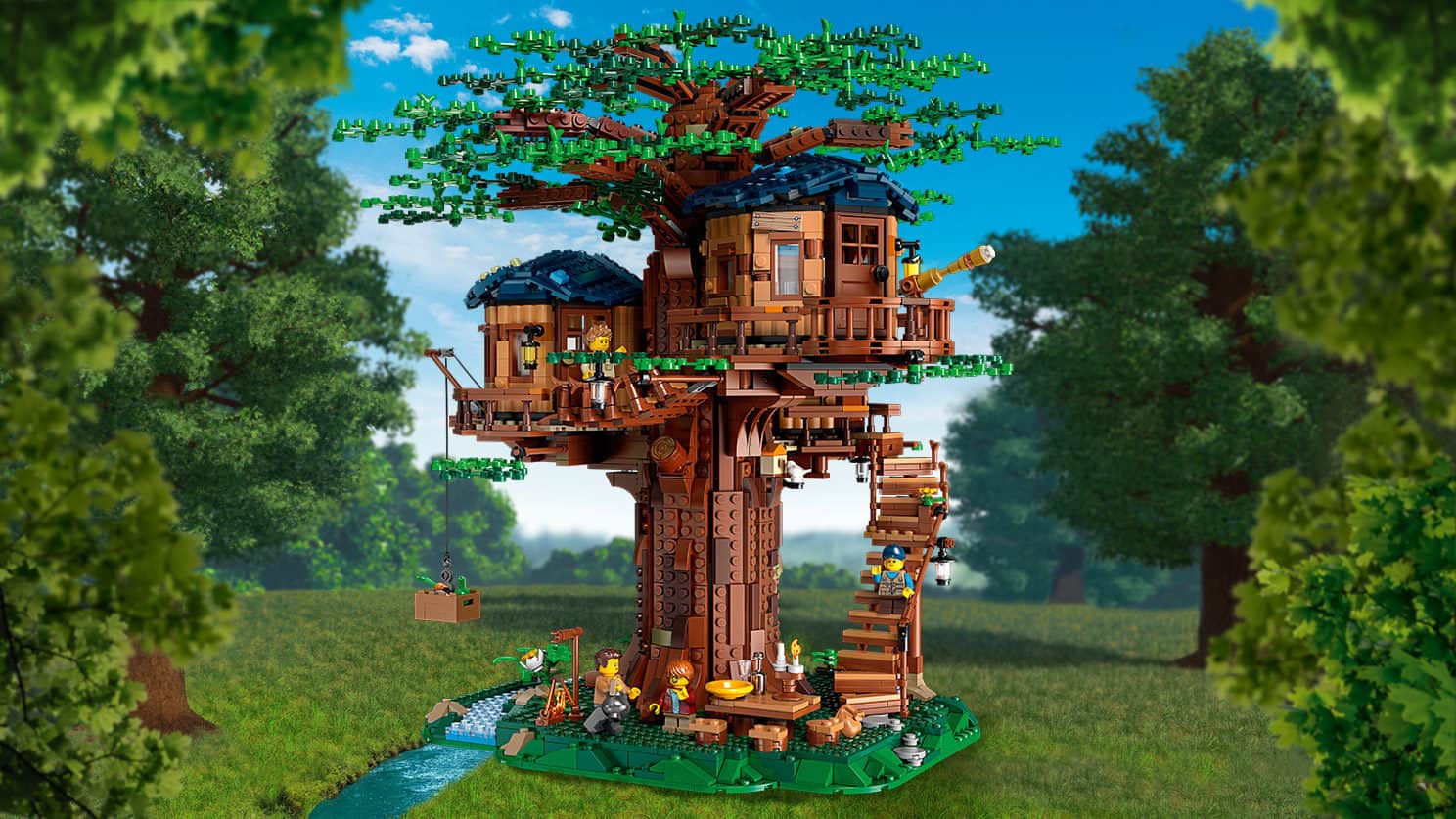 LEGO blocks are known worldwide for durability, creativity and causing untold amounts of pain when stood on. Those same blocks are now being produced in a more sustainable way, so as to be better, safer and cleaner for the environment. The LEGO Ideas Treehouse is the first set to spearhead this new movement for the Danish company.

The LEGO Group introduced its first series of plant-based polyethylene bricks in 2018. The new bricks include elements such as leaves, trees and bushes. The move towards the sustainable production of LEGO bricks is one the company is passionate about, and it hopes to move over to a completely sustainable production process by 2030.

The LEGO Ideas Treehouse is the largest LEGO Ideas set to be produced, coming in at 3036 pieces. It is a complex build meant for experienced LEGO builders. The set includes a landscape base with three LEGO tree house cabins (main bedroom, bathroom and children’s room). What makes it truly unique, however, is how the leaf elements of the canopy, as well as other plant elements on the base, are completely made out of LEGO’s new sustainable bricks. Better still, the canopy can be switched from summer to autumn, lending a wonderful organic feel to the set.

In addition to the tree top being removable, the LEGO Ideas Treehouse also allows for the cabin roofs to be easily removed – making the set even easier to play with. removable. It also includes other ‘play-inspiring’ features, like a buildable picnic table and seats, swing, bonfire, treasure map (with hidden gem element for treasure hunting), and a wind-up crane on the balcony of the bedroom cabin.

Much like the LEGO Central Perk set celebrating the 25th anniversary of the television series Friends (1994), the LEGO Ideas Treehouse is also a fan submission. The set was created by Kevin Feeser from Nancy, France. He submitted the design in 2017, where it quickly gained popularity. From there on out, LEGO took the design, added a few modifications, and used its new sustainable bricks to bring it to life. According to Feeser, his inspiration for creating the Treehouse stems from his passion for the great outdoors. I personally think that Feeser’s design is wonderful, and I adore how LEGO took the opportunity to bring this nature inspired set to life using new sustainable techniques.