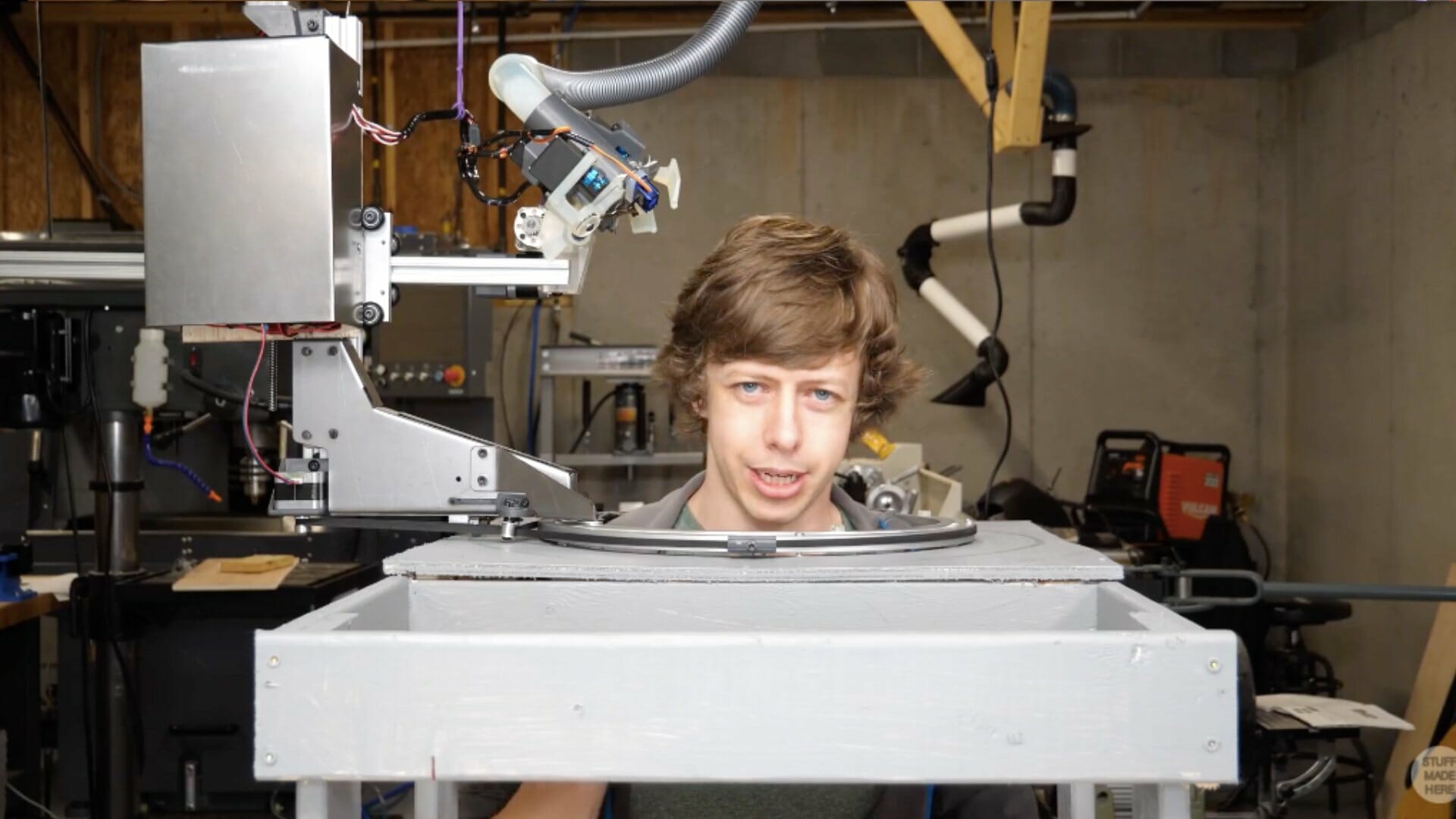 Since the Novel Coronavirus (COVID-19) pandemic hit, many nations worldwide have initiated total lockdowns. These started off by way of closing any and all businesses. Recently they have subsided a bit to give smaller businesses and bigger companies capable of abiding by isolation rules, to go back to business. Barbers and hairdressers, however, have been impacted quite badly. As such, one guy took it upon himself to build his very own robot barber.

Shane Whighton, a mechanical engineer who hosts a YouTube channel called Stuff Made Here, built himself a robot barber. As an added bonus, he chronicles it all on his YouTube channel, and goes into quite a lot of detail on his exact reasoning behind all the decisions he made while building the robot.

In short, Wighton explains how he would much rather not have someone cut his hair who also touches hundreds of other people all day. He goes on to explain how he also feels his longer hair makes him look much younger than he really is. The YouTuber, who admittedly resembles a much younger Justin Bieber, also explains how the robot barber would only be using scissors – which would already pose a heck of a lot of a challenge to begin with.

Naturally, one of the biggest challenges would be for the robot barber to part his hair correctly. While doing it with precision would require a heck of a lot of effort, he managed to mostly circumvent the issue thanks to a vacuum… yes, a household appliance.

Thanks to the vacuum, Wighton could get the robot to suck up the hair needed for cutting. However, a new presented itself: actually cutting the hair without messing it up too much. He explains how he managed to train the robot by giving it two combs to separate the hair into chunks, and a special mechanism to part the hair that needs cutting from the clump of hair being sucked by the vacuum. He also implemented cameras and a little button to keep the robotic arm from straying away from its intended next cut.

The rest of the video goes in depth into what he ideally wants the robot to accomplish and what his plans are for the robot going forward. Naturally, he explains, he would be happy if the robot gave him a “five-dollar hair cut”, meaning a quick and cheap haircut. By the end of the video, Wighton claims he is happy with his cut, and that he now knows how to improve the robot barber for future uses.

I may not be smart enough to build and 3D print my own robot, but I do wholeheartedly love the idea. I firmly believe in playing around with your hair as much as you possibly can, while you still have it. Hair grows back and can always be fixed by cutting it or just leaving it to grow out fully once more. Besides, the video above proves how close to perfect the robot barber actually is, with more impressive feats possible for future revisions.