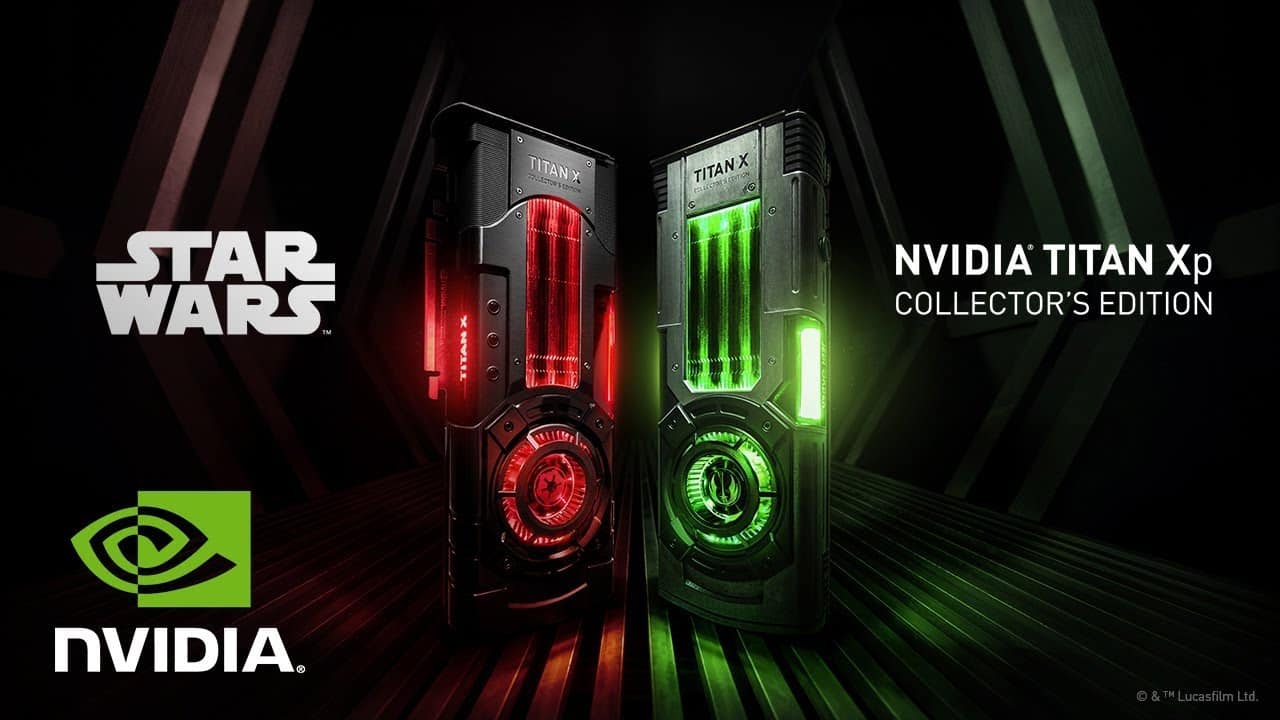 Prepare to harness the “power of the ultimate GPUs (graphics processing units) for the ultimate Star Wars fans”, says NVIDIA as they tout their newest special edition Titan Xp cards. The new cards are available with red (Sith) and green (Jedi) lighting. They also have their own finishes on the coolers that give them the look and feel of their respective Star Wars factions — that is the dark side, or the Galactic Empire; and the light side, which is the Rebel Alliance. Both cards are designed in such a way that they resemble lightsabers wielded by prominent members of either faction.

Nvidia says that “The Jedi Order GPU simulates the wear and tear, and battle-worn finish of many items used by the Rebel Alliance”. To create this effect, the company subjected the card’s die-cast aluminium finished cover to “extensive, corrosive salt spray”. On the other hand, the Galactic Empire’s GPU finish resembles the clean, almost industrial and militaristic feel, of the orderly nature of the “resource-rich Empire”.

In terms of performance, the cards offer the exact same specifications as the Titan Xp’s that Nvidia launched in April, 2017. With that said, the original Titan Xp was already a beautiful piece of hardware! The cards offer a 12 GB G5X Frame Buffer, with a memory speed of 11.4 Gbps (12 teraflops) and a marketed boost clock of 1582 MHz. It also comes with a whopping 3,840 CUDA cores. It is based on Nvidia’s Pascal architecture, meaning that it boasts all of the latest technologies released by the company.

As any good Jedi Master will know, however, power comes with a price. As such, Nvidia confirmed that the cards will be priced at $1,200 USD (~R17,000 ZAR). Those loyal to only one side of the force might be disappointed, however, as cards bought via the Nvidia store are limited to two per customer. In this special case, Nvidia is restricting that to one of each colour. Where the normal Titan Xp can be had in a pair, however, the Star Wars graphics cards’ limitations extend to one of each faction. Nevertheless, fans who buy the cards will also get a special metal badge that shows off their Star Wars allegiance! You know, in case the obvious red or green light emanating from your rig is not enough.