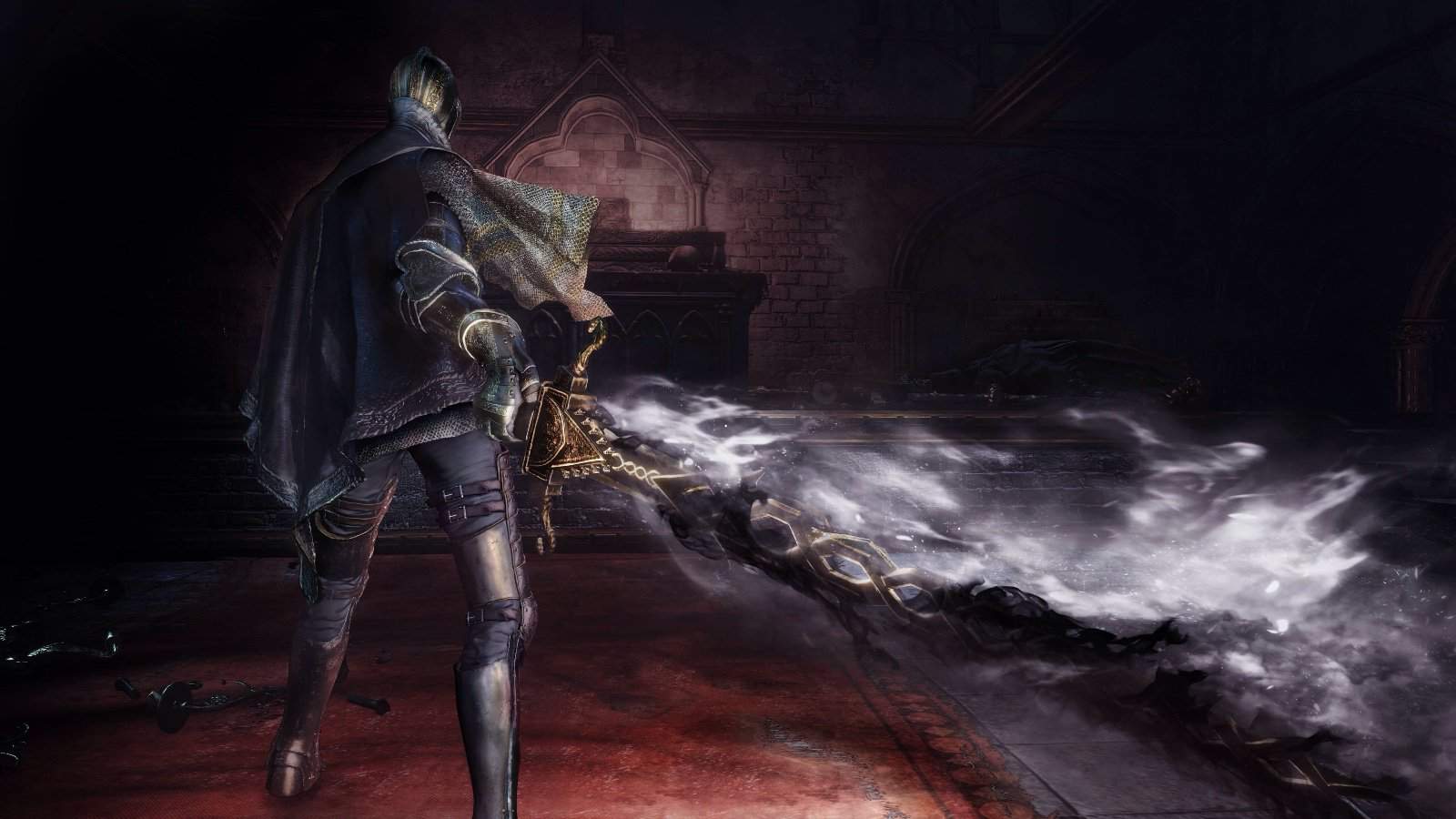 Bandai Namco has announced the first of two major Downloadable Content (DLC) packs for Dark Souls III. Called Ashes of Ariandel, it is assumed to have heavy ties back to the original Dark Souls.

Details on the actual plot of the DLC are scarce, as is tradition with Dark Souls titles. What is for sure, is that players will travel to the frozen land of Ariandel. There, players will have to defeat the “evil within” and uncover the mystery that laid Ariandel to waste.

According to the Steam Page, Ashes of Ariandel will offer a slew of new bosses to rage about; new weapon and armour sets, as well as new magic and a lot more.

The accompanying announcement trailer has motifs that are pulled directly from the original Dark Souls. It features a howling wolf (be still, my aching heart), and a huge chalice that looks eerily similar to the Lord Vessel. Moreover, it also seems like the Painted World of Ariamis will have heavy ties to the DLC. The trailer even goes so far as to show glimpses of Oceiros, the Consumed King. It definitely cements the fact that his obsession over becoming a dragon has something to do with the Painted World.

Ashes of Ariandel is the first of two major DLC expansions planned for Dark Souls III and costs R161 ZAR (~$12 USD). Additionally, fans can purchase the Season Pass for R269 ZAR (~$20 USD). The Season Pass may cost a bit more, but it guarantees getting the DLC for less versus buying them separately.

Accidental leaks and premature announcements aside, I cannot contain my excitement. Dark Souls was one of the best Western/Japanese Roleplaying Game hybrids I have ever played. The sequel, Dark Souls II was a shot in the right direction, but ultimately fell a bit flat overall. Dark Souls III however, looks like it is taking everything that made the original great, and is pushing it beyond anything I could have dreamed of.