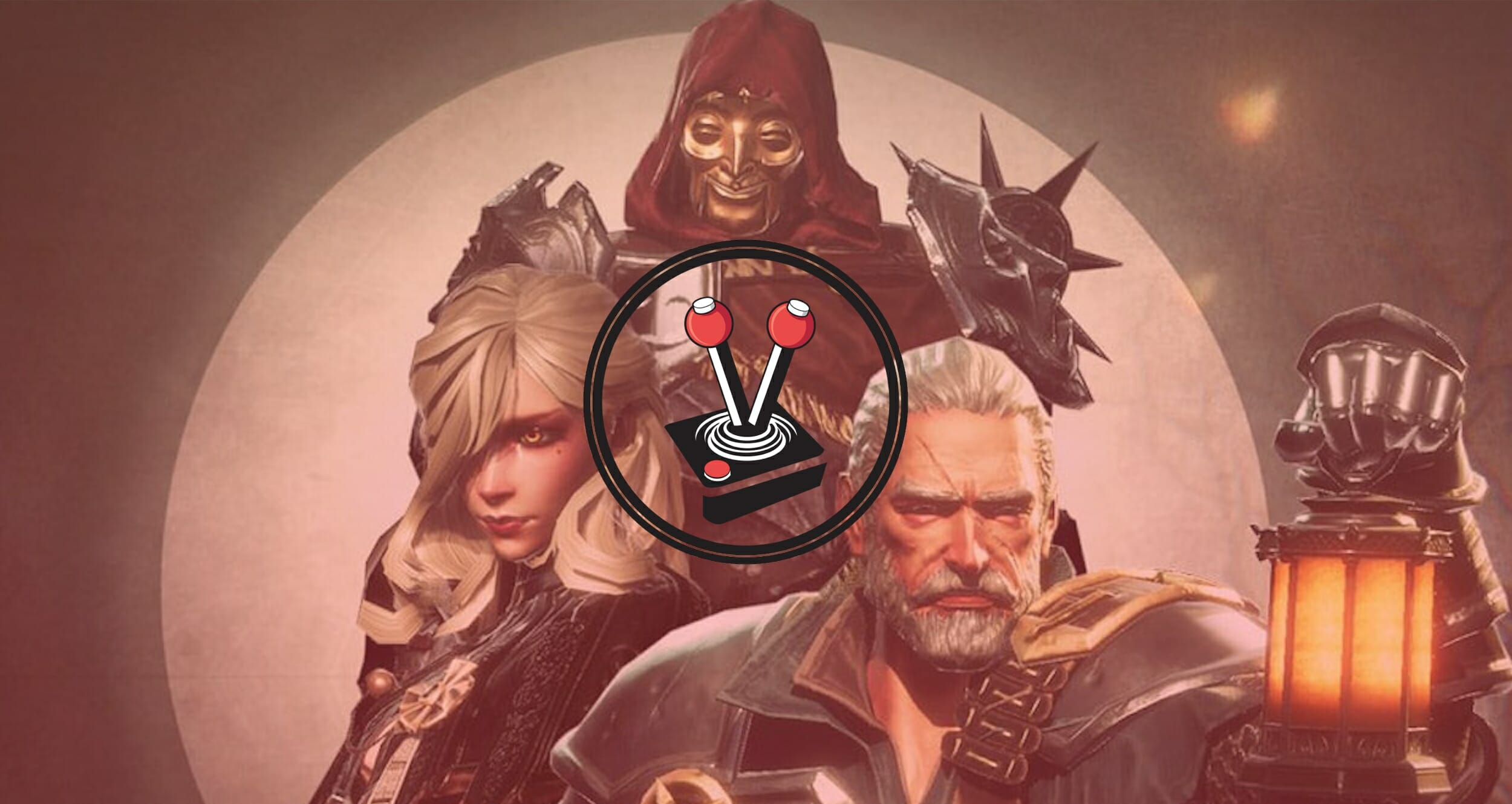 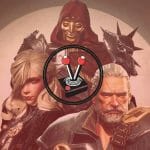 Get it here (iOS)

Mobile gaming has been around for quite some time. In recent years, however, technological advancements have allowed for console quality games to permeate the mobile landscape. In the past, many of us would have mastered games like Snake, Bounce, and Tetris. All before Angry Birds eventually shoved them under the rug and opened the floodgates for addictive mobile gaming. Since then, we have seen games like Flappy Bird and Temple Run dominate the mobile gaming space. We have even seen the emergence of mobile ports of older triple-A titles such as Final Fantasy, but it has been rare for mobile games to have the same ambition and budget as platform heavy-hitters. Pascal’s Wager is one such innovative title, which blurs the line between mobile and console gaming.

For a long time, the mobile gaming market has been a cesspit of micro-transactions and quick cash grab games. The release of Apple Arcade, however, is hoping to increase the overall quality of mobile games. Developers from around the world are finally starting to see the value of mobile gaming sans egregious spending bait. Pascal’s Wager is the first big-budget game released in this new and eye-opening market. While not a part of Apple’s subscription service, it adheres to gaming standards I have only ever seen on other platforms, Namely long-form gameplay and a strong narrative, coupled with addictive gameplay and gruelling challenges. All of which may be enjoyed without the need to spend a single dime more than the initial purchase price. Could gaming on a phone or a tablet finally be great? I certainly think so.

Pascal’s Wager is yet another game that takes a page out of Lovecraft’s best works and adapts it creatively for a brand-new world. Solas is the name of the world in the game. It is a foggy and dark setting with elements from the usual fishing hamlets featured in Lovecraft’s stories, mixed with a dark fantastical setting similar to those featured in Bloodborne and the likes of Clive Barker’s Jericho. It is dark, broody and in some cases, extremely scary.

As the game starts, you find out the world has lost its sun. It has been replaced by Ent-like beings with glowing orbs clasped in their tendrils. These beings are known as Colossi and they are the only creatures who keep the fog and darkness at bay. The leading narrative plot point comes by way of Terrance (the main player-character) and his estranged wife, who is unfortunately in a bit of a bind with mysterious and supernatural forces.

Pascal’s Wager is for all intents and purposes a Soulslike game, complete with every single hallmark this evolved genre of Metroidvania has to offer. As a result, it includes inventive level designs with many twists and shortcuts, all held together by checkpoints; gruelling and challenging boss fights that require as much patience as they do daring chances; and a brooding narrative giving you the much-needed incentive to keep on pushing through the hardships. Soulslike games also rely heavily on precision inputs and quick reflexes, ideas not often considered for mobile games. Yet Pascal’s Wager manages this amicably with touch controls. If you have a Bluetooth controller lying around, however, you will be in for a treat.

The biggest draw Pascal’s Wager has, beyond its admittedly intriguing take on horror, is how solid the gameplay feels. The third-person controls in the game function as you would expect from a triple-A title in the same genre. Basically, it mimics the same kind of combat Dark Souls veterans would be used to, and unlike many Soulslike titles not developed by FromSoftware, feels just as weighty and solid as the games that pioneered this genre. As the player, you have to balance dodging, parrying, and attacking with a constant depleting stamina bar. Due to this restriction, you are forced to actively think about every encounter. All fights need to be approached tactically, or you will suffer the consequences of coming out of every fight with minimal health – if any at all.

The game does an incredible job of making you feel like you are exploring locales that are lived in. There are countless enemies strewn about who skillfully lead you toward shortcuts and paths. As long as you manage to stay alive through encounters and take things steadily, finding shortcuts back to the previous altar will never make you feel like the game is cheating you out of that much-needed respite. The level design is truly remarkable in this regard, imitating the likes of the original Dark Souls while adding elements of Bloodborne to keep things interesting.

Resting at altars (this game’s version of bonfires or lanterns) will respawn all non-boss enemies in the area. However, altars also offer a bevvy of new interactions. When you find an altar, you are met with a few choices: to craft and create potions and accessories; enhance the attributes of your current gear; or simply to rest and recover all health and stamina.

Combat is enhanced by the use of potions and other consumables. You can make clever use of throwing knives to bait enemies away from their brethren or to break stamina and guard. Once you have met each of your companions, you can also let them accompany you into battle. Doing so essentially gives you an extra breath of fresh air. This brings a new take to the Soulslike genre that I think works quite well. Even more so when one considers how this is a mobile title, and yet it is adding to the souls genre in a way I would only expect from a AAA-title. Tiny advances and changes like these give me hope that the Soulslike genre has not grown stagnant – an increasing worry I have had since games like The Surge, Ashen and Nioh have simply mimicked what FromSoftware brought to the table. Perhaps mobile gaming really is the future, at least for souls-like games.

My only gripe with the game is how all of these wonderful new advances to the genre are marred by the very nature of the platform they have been implemented on. Touch controls have never been conducive to great ergonomics. While the gameplay is incredibly weighty and poignant to the genre, pulling off hand acrobatics and contortions can be a challenge. Fortunately, developers TipsWorks thought ahead and shipped the game with complete support for controllers. Whether you have a dedicated MFi controller made for iOS or have taken advantage of iOS 13’s new support for Xbox One and PlayStation 4 controllers, the game works wonderfully. In this regard, everything is rock solid, and alleviates the only main grip I have with the title.

Pascal’s Wager’s biggest draw is its unapologetic Soulslike look and feel. Anyone who views the trailer in the AppStore will liken it to Dark Souls! However, unlike any game FromSoftware have released in the past, Pascal’s Wager also features an “easy mode”. This allows more casual gameplay for the few players out there who just want to enjoy the narrative, and have a slightly less challenging time in fights. While this option does not do away with the fact that you will need to focus during encounters, it is a nice option to have. With that said, I believe that Soulslike games are moulded by their combat. Taking that out of the mix makes for an inferior game – good combat is undoubtedly the biggest draw for any Soulslike veteran, after all. Thankfully, Pascal’s Wager has more than enough combat to satisfy even hardcore veterans of the genre.

Pascal’s Wager is not afraid to show where it gets its best ideas from. Altars are checkpoints inspired by Dark Souls, while the level design has been inspired by, yes, Dark Souls. Similarly, combat has also been inspired by the aforementioned game. However, Pascal’s Wager brings so many new excellent additions to the genre, that I am in awe of how many of these advances I would like to see in future souls-like games. During my play through, I was continuously taken aback by how good this title is. A title that is, first and foremost, a mobile game. Yet one that I would happily consider as a full fledged AAA-title.

The world of Pascal’s Wager is a beautiful, dark and scary place. Its denizens are unique enough to set itself apart from the Lovecraftian elements it draws inspiration from. Combat requires your utmost attention and focus while exploring the well crafted locales brings along a wonderful sense of immersion. TipsWorks have done an incredible job with Pascal’s Wager. I, for one, look forward to what is next in the TipsWorks Studios pipeline.