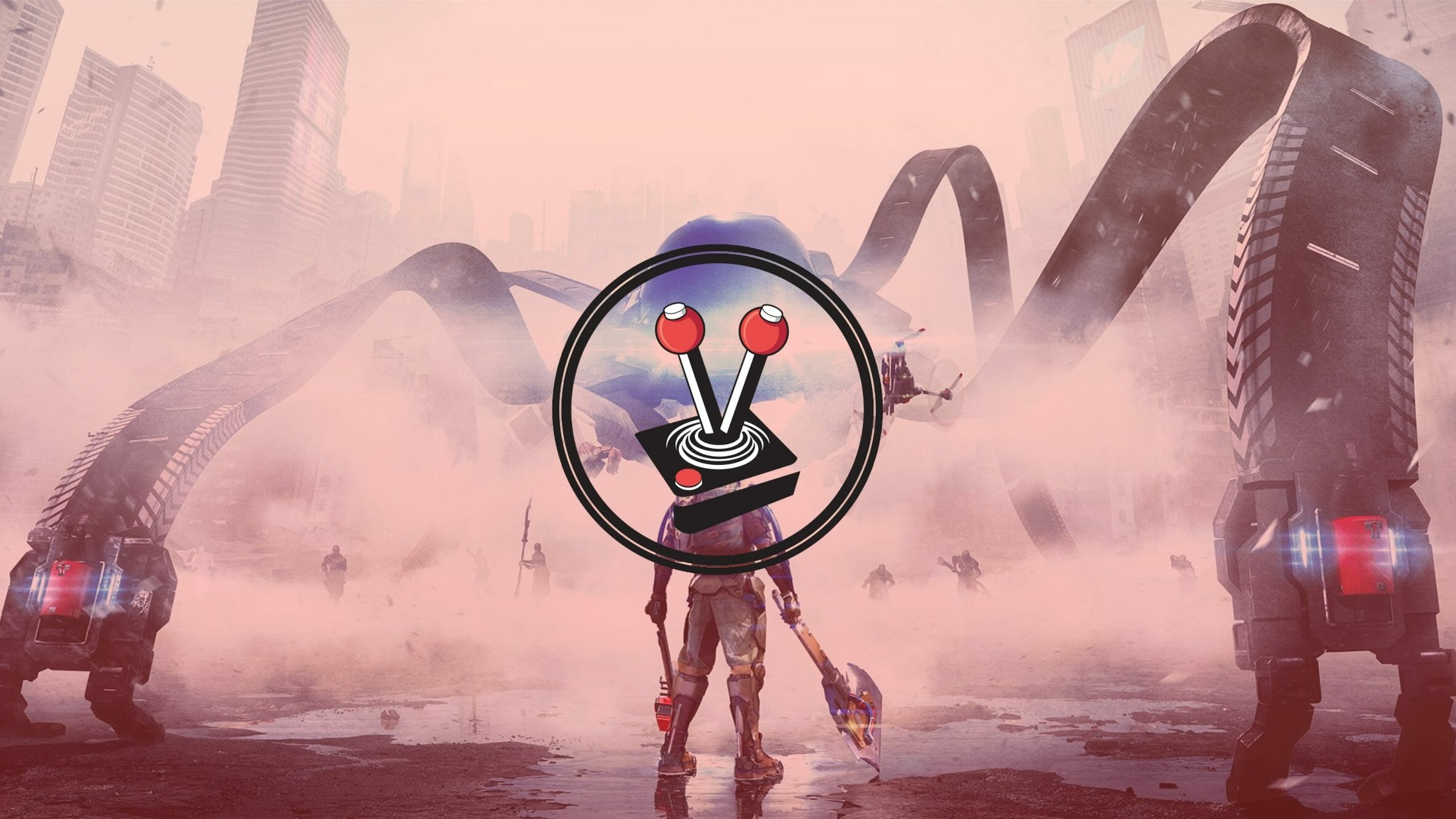 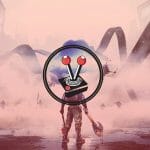 In 2009, Demon Souls forever changed and evolved one side of the third-person action-adventure genre. Developers FromSoftware pioneered the genre known today as “Soulslike”, and continued to remain the king of said genre for an entire decade thereafter. This opened the industry to a vast new array of possibilities – games that would go against the usual third-person grain, and give players a hard time while simultaneously remaining incredibly rewarding in the process. Deck13, a German studio founded in 2001, saw great potential in this genre and quickly continued to specialise in it as well. They effectively broke out of the “little leagues” with their 2014 cult hit, Lords of the Fallen. They continued their genre crusade with The Surge shortly thereafter, and have pushed onward with The Surge 2.

The Surge proved to the world how Deck13 could break away from the dark fantasy Soulslike and instead introduce a science-fiction element to the genre. It was a promising venture that ultimately came off as lacking. Fortunately, the studio remained steadfast, working tirelessly to show the world what their sci-fi Soulslike can bring to the table. The good news is they certainly delivered with The Surge 2.

It is no secret that I adore Soulslike titles. Dark Souls will forever be in my all-time top 10 list of games, and the sequels and spin-offs are just as good. As such, I was quite keen to give The Surge a try when it released in 2017. It was a fun new take on the genre, but never managed to keep me captivated beyond the third boss. I liked its mechanics, but its narrative and setting felt too bland to keep me invested. In this Vamers The Surge 2 review, I will go over what Deck13 gets so right about the second go at The Surge universe.

Soon, everyone will understand

As with all Soulslike titles, The Surge 2 puts a traditional narrative to the side, while it focuses on worldbuilding and story-crafting from an environmental perspective. With that said, Deck13 has always been a sucker for a good tragedy. The game effectively begins with a plane crash caused by some unknown nanotechnology, which triggers an infectious environmental disaster. This disaster is big enough to change the world forever, and enforces city-wide quarantines that leave those infected to wander the streets.

The player-character wakes up at the Jericho City Police Department. It is here where you find out you were one of the passengers on the plane, and you somehow survived the crash. You begin to have visions of a young girl from the plane, someone who just so happens to be the granddaughter of the CEO of CREO Industries (a nanotech firm and one of the many monopolies that may have had a hand in the disaster). The immediate assumption is she has been kidnapped by a mysterious new security force enforcing the quarantine, thus you set off to find her.

The rest of the game throws the story by the wayside. While the premise is strong, it quickly devolves into a rather predictable narrative about the relationships between man and machine, and very Resident Evil-like plot threads hang around for good chunks of gameplay. Had this been a title exactly like Dark Souls, I would have been way more lax in terms of criticism of the story. Since, you know, they basically have none to begin with. The Surge 2, however, promises a lot right from the start. Just like its predecessor, the game wants you to focus on the narrative points laid bare at the beginning, and it wants you to keep them in mind as you progress through the various areas, build your character, and interact with the many non-playable characters (NPCs) in the game. It is a shame then how it all falls apart fairly quickly.

While the game lacks a strong, focused and concise narrative, it is a Soulslike by heart. As such, it really does well in terms of how good it feels to play. It features huge looping labyrinthine zones with shortcuts that bring you back to important locations. It hardly ever strays too far from its industrial sci-fi aesthetic, and it emphasises the need to try and try some more. All while dying a few times in the process. In this way, it owes a lot to Demon Souls, Dark Souls, Bloodborne, and the many FromSoft games preceding it.

Much like its predecessor, combat in The Surge 2 relies heavily on observation, timing, and resource management. The more observant you are to enemy behaviour, learning attack patterns and which body parts to target, the easier your life will be. It also helps that cutting off and removing certain body parts directly lets you build and craft better modular gear based on those very same parts.

A large chunk of character progression in The Surge 2 depends on armour and weaponry crafted and/or collected from bodies and drops. Thankfully there are seemingly unending amounts of it, all of which allow you to build your character into the perfect killing machine. Want a hulking titan with slow, but intense damage dealing capability? Go ahead. Would you rather be a quick-footed ninja with a penchant for guerrilla tactics and sneaky combat? The game has you covered!

Beyond armour and weapons, the game also lets you upgrade your character’s stats. To do this, you need to collect scrap from enemies and drops. When you have enough, you can use it to upgrade or construct equipment, level up your health or stamina, or even upgrade your battery efficiency. Battery power is required for injectors (such as health boosts) and is earned by staying on the offence. Stamina, on the other hand, continuously drains as you attack, which makes the dance between battery power and stamina quite the ability to master. Thus making it necessary to upgrade and keep in the green at all times.

Furthermore, the game also features an implant system beyond equipping your character with gear and upgrading their stats. As you level up, you acquire extra slots you can fill with implants. These implants will either boost certain stats, or let you use injectors such as the health boost mentioned above, stamina boosts, plain old health regeneration, and much more. This is a great system and it works perfectly with the others to offer unique combinations of gameplay to players. It also helps that you can change implants pretty much on the go, which makes your character even more versatile – think Swiss Army Knife, but better.

Combat is pretty awesome. Locking onto your targets are a mainstay in any Soulslike, but The Surge 2 takes it one step further. It borrows a feature from its predecessor that lets you lock onto individual limbs. Aiming for unarmored parts will net you quicker kills, while armoured parts will let you get rare and expensive metals used for upgrading and crafting. Similarly, doing enough damage to certain parts and effectively cutting them off with a cool slow-motion finisher, will let you loot those parts and use them on your own character. There is a certain beauty to cutting off limbs. The gruesome oil and blood-spilling combat makes the dance of death all the more fun; something The Surge failed to pull off.

As you would expect from a good Soulslike, bosses are a dime a dozen in The Surge 2. Early boss encounters are especially challenging as you learn the ropes of the game. Coming off a Sekiro: Shadows Die Twice binge will have this game knock you on your butt more times than you would can count! Fortunately, getting to grips with all of it is a fun experience. One that will eventually turn into a rewarding one as you beat the first bosses and move on to more challenging ones down the line.

All enemies are choreographed beautifully, in their own unique ways. The very nature of the game dictates how many enemies will end up following the same patterns, have similar weaknesses, and generally just look the same as well. However, it is in their execution where the game shines.

Animations are fluid and all enemies fit the zones they are located in. Everything from the user interface, to the obviously choreographed attacked and one-hit knock-outs, are presented in such a way that it will make it easy for anyone to learn and eventually beat. Hit-boxes are tight and conform to character models. It means dodging is an artful process that, when done a second too early or late, will spell your demise. The same counts for the enemy, but this is a fact you can use to your advantage as you grow and build your character.

Jericho City is a wonderful and sprawling futuristic metropolis, which gives off heavy Resident Evil and Umbrella City vibes with the quarantine in place. Streets are filled with debris from the initial chaos, and enemies are all infected in some way or another. Machines have gone haywire and are generally murderous, while human enemies tend to be the usual post-apocalyptic ‘asshats’.

The city itself features multiple playable zones where you get to explore. Many of these are open and sprawling, while some close off to tight corridors and eery, almost scary, gameplay segments. These tighter zones kind of mimic the uninspired factory complex of the original title, but still manage to feel unique and fun thanks to the new life that Deck13 has breathed into the franchise.

All zones are unique biomes, but not in such drastic ways where it would feel unbelievable. All zones also feature NPCs and worldbuilding, making them feel lived in and filled with personality. A heavily lacking aspect from the first game. I particularly liked my early adventures into the artificial wilderness that Gideon’s Rock had to offer, but ultimately found myself grinding a lot in the early Port Nixon area. Mainly because I liked being there a bit more than the later areas, which kept kicking my butt. Of course, it helps how many areas let you open clever shortcuts as you progress, allowing you to easily make it back and forth with ease. A sweet reward for combing an area fully. The game also performs amicably, in even the most intense situations, with quick loading times to help with world exploration.

Deck13 has matured wonderfully over the last few years. From the days of carbon copying Dark Souls, all the way through to creating a wonderful all-new subgenre of Soulslike with The Surge 2. It is an impressive journey.

Although The Surge had a promising premise, it ultimately felt lacking in terms of gameplay and the world it was set in. Deck13 adequately took the best of the title, and improved upon it through community feedback and other improvements to the game’s universe. The Surge 2 is a wonderful foray back into the Soulslike genre and a great addition to any game library – especially for fans of Dark Souls, Bloodborne, and even Sekiro: Shadows Die Twice. Jericho City is a great, sprawling setting that not only looks good, but feels lived in. Enemies are everywhere and fit their surroundings, while combat is strong and an extremely fun experience. Now excuse me while I start up New Game+ and get my butt kicked a million times over again.