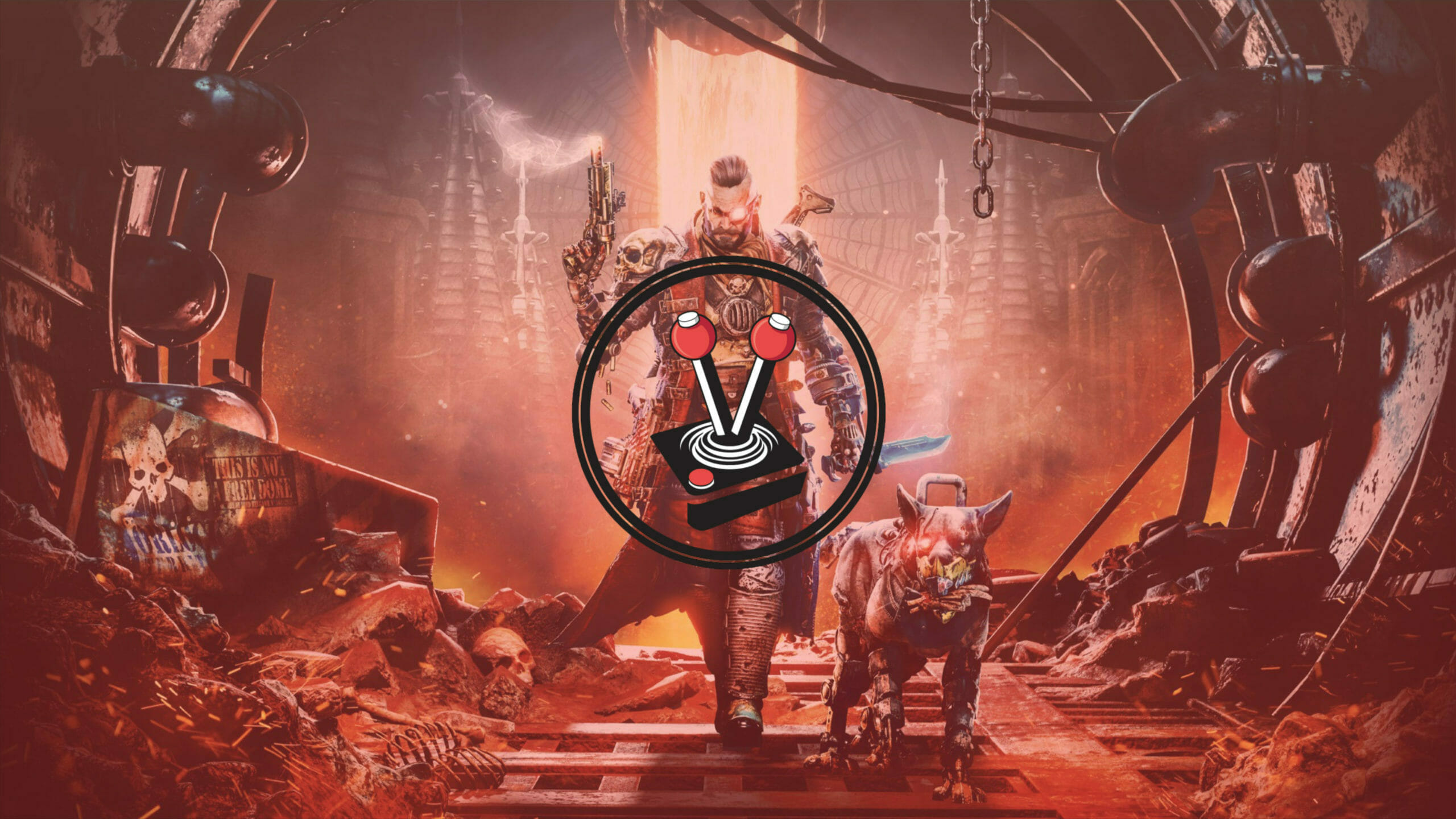 Warhammer 40K is an immense franchise spanning music, novelisations, and even direct-to-TV film! The tabletop role-playing title, however, is what captures the hearts and minds of countless fans worldwide. The game’s unique miniatures, with their twisted visages and surprisingly lifelike features, come to life with paint and are embellished with pen and paper. Thankfully the franchise has also seen success in a fair share of video game adaptations. Necromunda: Hired Gun is one such adaptation, but it tapers a fine line between success and mediocrity.

On paper, Necromunda: Hired Gun sounds like an incredible premise. It is set in the Warhammer 40K universe and looks exactly like the fast-paced and visceral twitch-shooting action the franchise desperately needs – especially after the epic and atmospheric [yet admittedly lacking] adventure present in Space Hulk: Deathwing. In truth, however, Hired Gun seems to be lacking in equal parts, arguably as if it was crudely cut from the same tattered cloth. In many ways it is vastly superior, but also comes off as lacking in other parts.

As with many Warhammer 40,000 titles, Necromunda: Hired Gun takes place in one of the many recesses of civilisation. Simply put, the planet Necromunda has its share of problems and someone needs to sort them out. Enter you, the player, as you take on the role of a nameless bounty hunter hellbent on tracking, and bringing to their knees, the worst of the worst. The game largely takes place within the “Underhive” of the planet – a city with more scum and villainy than even that of Star Wars’ iconic Mos Eisley.

While on a bounty run, things go drastically bad and all of the player-character’s comrades are killed or left for dead. Since this is a video game and things need to move forward, the nameless bounty hunter is saved and pulled out of the danger by another bounty hunter called Kal Jerico. From there, the game sets off as it tasks players to work back up to their original target through a conspiracy-filled adventure.

The premise is most certainly intriguing enough to capture interest right out of the box. While a bit cliche, it works well enough to capture a player’s attention. Sadly this is also where it stops. The overall narrative ends up taking an extreme downturn after the opening hours, and it never recovers thereafter. The monotonous dialogue and boring mission delivery ensures players experience very little excitement throughout the campaign; especially when compared to the exhilaration of the first mission. With that said, the overall narrative elements work well with the overall structure of the game. Much in the same way how hunters take on jobs, prepare, go out and do them, before eventually returning in Monster Hunter; so too will the bounty hunter in Necromunda: Hired Gun.

Jobs in Necromunda: Hired Gun consist of sabotage runs, stronghold defending, and ultimately, elimination of a particular target. Contrary to how they sound, all missions involve a DOOM-level amount of killing. So much so, the game sometimes comes across as a bit of a DOOM clone. There are, of course, some alterations ensuring the bounty hunter is not as much of a Doomguy knock-off as he initially appears to be.

Much like DOOM, movement in Necromunda: Hired Gun is great and consists of wall-running and grappling – both of which play a large role in the overall level traversal and need to be used as carefully, and liberally, as possible. It is ever so slightly tricky to master at first, but players will quickly get the hang of it and will zip in and out of combat very quickly thereafter. These two mechanics go hand-in-hand with some excellent gunplay. Alas, the goodness the game provides can get lost in a sea of standard first-person-shooter mechanics.

Upgradeable weapons and armour play a huge role in the preparation of jobs, while implants and abilities need to be managed when out of combat. Special moves can be pulled off when certain conditions are met, and a cool little companion in the form of a cybernetic mastiff is there to aid the bounty hunter. Necromunda: Hired Gun is, in essence, a mishmash of DOOM, Cyberpunk 2077, Metro Exodus, and more – all in one convenient package! In truth, this hodgepodge of mechanics make it feel like it has no identity of its own. Therefore, as excellent as the gunplay and gameplay can be when coupled together, they do not necessarily bring anything new to the table.

Perhaps the real issue in Necromunda: Hired Gun is how the good gameplay is the only standout aspect of the title. In less than a few hours, any and all jobs start to feel the same. In as much time, the campaign becomes a messy and repetitive blur. Even time spent in the Underhive hub area eventually feels like nothing more than a boring old slog from merchant to job provider, and back again. To further cement the repetition, the game also encourages grinding through previous chapters much the same way players need to in Monster Hunter. The difference, however, is how no two hunts in Monster Hunter are ever really the same. Unfortunately, the same cannot be said for Necromunda, and the gameplay will only take players so far in terms of enjoyment.

Fortunately for the game (and its wonderful playerbase), Necromunda: Hired Gun does seem to be thematically accurate. All environments feel unique enough while also adhering to the logical reasoning of fitting into the same general region. As with many other Warhammer 40K titles, there are no happy-go-lucky and colourful levels. The game is set in a grimey, filthy, scum-filled city complete with underground railway system and machine-driven society. It looks and feels wonderful – eerily so! Necromunda: Hired Gun has its issues, but the visuals are a small silver lining around the smog-filled clouds surrounding everything else.

On paper, Necromunda: Hired Gun sounds incredible. It has an award-winning premise coupled with an industry-standard narrative that is sure to excite the typical gamer. It is set within a universe filled to the brim with interesting lore, and even takes place within a unique part of said universe. The gunplay is also very enjoyable! The truth, however, is how all of this only works really well in extremely short bursts driven by lowered expectations. Since gameplay is such a mixpot of mechanics, it also no real identity of its own. Lastly, the campaign does very little to capture interest; resulting in a repetitive and boring grind as players move from job to job to slowly make their way through the roughly 10 hour campaign. On the bright side, it is visually appealing. Ultimately, Necromunda: Hired Gun quickly becomes a forgettable experience in what could have been a fascinating look into a rather twisted and interesting part of the Warhammer 40K universe.