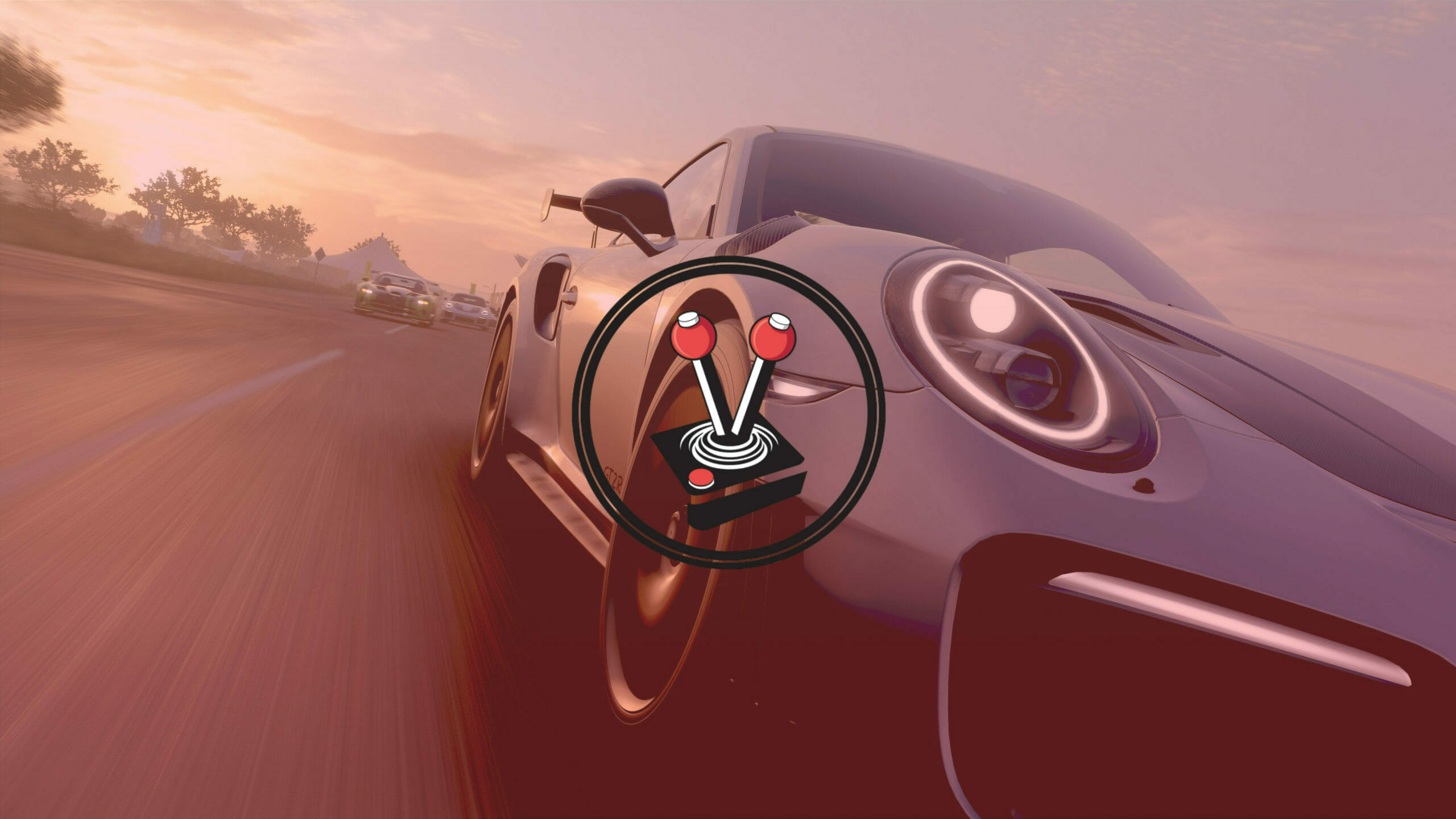 Whether speeding through a thicket or a rocky plain, tearing up a public tarred road, or spilling oil and crashing into concrete slabs in a racing circuit; the Forza Horizon franchise always has a lot to offer. The franchise’s beautiful settings have reached all around the world with previous instalments taking place in the United Kingdom, Australia, Southern France and Northern Italy, and even Colorado, USA. It is fair to say the arcade-like Forza Horizon series has been around the world, with Forza Horison 5 adding yet another gorgeous vista for all to enjoy.

Even with a breadth of locations under its umbrella, there are still many exotic locales fans would love to visit. One such location is none other than the United Mexican States — a setting Playground Games thought more than pertinent to visit and recreate with splendour for Forza Horizon 5. As the fifth mainline entry in the Horizon off-shoot of the main Forza franchise, it boasts a bevvy of new and exciting gameplay features on top of the magnificence presented in Forza Horizon 4.

As with all previous entries, the opening hour in Forza Horizon 5 is nothing short of flash and awe-inspiring grandeur. The game opens up by affording players a chance to fiddle with all of the accessibility features their hearts could desire, then directly throwing the would-be drivers into four different types of races. These snippets are nothing short of amazing and mimic, in a way, the spectacular events and adventure-races players can take on later in the title. After the initial introduction, players can choose to customise their Horizon champion (it must be noted how the player-characters have canonically participated in, and won, the events of Horizon 4).

Similar to Forza Horizon 4, customisation options are extensive for both characters and the vehicles. The game posits a choice between a bunch of preset characters of all races and genders, then lets players loose with even more customisation options. Directly following this, it opens into what is essentially the makings of a story, which, rather unfortunately falls a little flat.

Narrative elements in Forza titles have always been simple, at best. In the Horizon franchise, the story generally revolves around an annual celebration of racing, and Forza Horizon 5 is no different. Vehicle choice is extremely diverse in the game, and as such makes the player choice early on in the title quite eventful: the choice here may be short lived, but it essentially aids players into what events are best done next. In short: some cars are better suited sticking to tar roads, while others are much better off-road. Regardless of the choices made at the start, events open up quite fast and player options become quite vast sooner rather than later. This kind of gameplay was a focal point for Horizon 3 and Playground Games have only improved on it since.

With all of this mind, becoming the “best racer in Mexico” is a goal quickly beseeched onto players, and how they do it is completely up to them. As with Horizon 4, the entirety of Forza Horizon 5’s story is broken into little bits. It allows players to focus on becoming the best in singular categories, while also throwing a little bit of everything their way to keep the gameplay fresh. As new events open up, and players complete certain chapters of these events, they will be introduced to new non-playable characters (NPCs).

Each of these are basically just there as companions to the types of races they represent and nothing more. Interacting with them only goes as far as doing their events and completing their races. Becoming attached is not really something the game allows, but it also does not need to. Race and become the best — that is the motto here. While this means the story takes a little bit of a backseat (since every non-playable character has their own story to follow), it still plays exceptionally well. It is literally “your way or the highway” in Horizon 5!

For the most part, events and races are one and the same in Forza Horizon 5. The difference essentially comes down to what kind of race the current focus is, and what it means for the story. The brunt of the gameplay consists of players going from race to race in order to gain enough accolades. Having accrued enough awards, in turn, allows players to expand their Horizon festival reach, which eventually spreads across the entirety of Mexico.

The playable area in Forza Horizon 5 is split into several regions, each focusing on different overarching race types. Every region comes with its own specialty showcase races and events, ensuring there is something for everyone. From the starting “Mexica” area, through to the Wilds, and even the Apex, the game ensures things are constantly new and exciting. While the title is open world, and even when encouraging exploration by dotting events far apart from one-another, regional events will only open up once selected from the My Horizon menu, where, once enough accolades have been accrued, a new chapter in said region can be unlocked. Every chapter comes with its own “Expedition” event.

In short, expeditions are grand-scale road trips across the map, meant to expand the festival. These take players to cool pockets of interest with a whole lot of bonus objectives. Finishing these will free up the ability to work on story chapters for whatever new area is on display. Breaking into the Wilds, for instance, leads to a cool event where players need to help a character called Rami explore a dilapidated air strip. The Apex, on the other hand, leads to ancient temples with old statues. While it is clear how the development team took a few liberties with the map, it is still amazing to see these ancient and very cool sights come to life in the game. The look and feel of the game, and how well realised Mexico seems to be, is utterly spectacular.

Such a grandiose descriptor as “spectacular” does not easily fall into the lap. For Forza Horizon 5, however, its succinct slice of Mexico is nothing short of idyllic. Hand-crafted graphical assets dot the setting’s exaggerated roads and dirt routes, showcasing the accuracy to a stunning fault and just how much research has gone into the game’s creation. Every region of Mexico may specialise in its own overarching race type, but they also look and feel vastly different from the next. Although Mexica might be a volcanic and tropical region where players start out; the world is rich with dusty plains, lush forests, boho beaches, and even vast stretches of swamp; all of which can be expected from Forza Horizon 5’s many different locales.

The beautiful scenery aside, one of Forza Horizon 4’s breakout features was the way seasons change and how they would impact the fully dynamic map. The good news is how this makes a return in Forza Horizon 5, but in a wholly different way. While seasons still exist, they are much less pronounced, at first. This is largely because every region of the United Mexican States reacts to the changing seasons differently. This seasonality is actually quite interesting in certain respects; as little is more exhilarating than driving into the eye of a tropical storm (read: hurricane) on what is essentially a glorified four-wheeler, or something prettier than a light dust storm (read: totally debilitating) while exploring the sandy mountains up north. It is mesmerising and wonderfully executed.

However, this change does mean the stark seasonal shifts players experienced in the previous game are not featured in Forza Horizon 5. There is no orange autumn that transmutes to a cold and freezing winter, nor is there a springtime giving way to a rainy summer experience. Although the seasonal shifts are still present, they are just much less pronounced. It is by no means a major critique of the title, merely a point to note for players who may have loved the stark and bold changes in Horizon 4.

Much like the other entries in the series, Forza Horizon 5 comes with full-scale multiplayer capabilities. While roaming the map, NPC vehicles with the names of friends will appear occasionally and even take part in races. However, once in a while real players will also be in the game, take part in big events called Battle Royales (which are essentially just endurance races), and even challenge one-another to sprints in the open world. This entire process is seamless, with a simple choice of solo, co-op, or more during match start up. Some matches are specifically made for multiplayer as well, while others can be crafted directly by players using Horizon 5’s EventLab – a full scale event and map editor. Sadly, I could not play around too much with this in my time, as it was not readily available during the review period.

Forza Horizon 5 is the first Xbox title built specifically for the current generation first. From the onset, there are clear signs this is the case: amazing load times (compared to the previous title), much faster rendering distances, multiple graphical options, and stunning full-scale 4K ultra-high definition imagery. The game feels brand-new and looks just as incredible to boot!

Forza Horizon 5 shines as an Xbox exclusive and clearly showcases how much Playground Games cares for this franchise. From the utterly eye-wateringly good presentation, through to how it allows players to have as much fun as humanly possible (whether simulation snob or arcade racing champ); the game offers so much to see, do and enjoy. The region of Mexico is a wonderful new addition to the growing list of franchise settings, and is arguably one of the largest, yet most intricate, maps in the series. The game is exciting, gorgeous and offers seemingly endless hours of entertainment for gamers who enjoy racing titles. It is simply superb in all respects, and is truly an exceptional title!