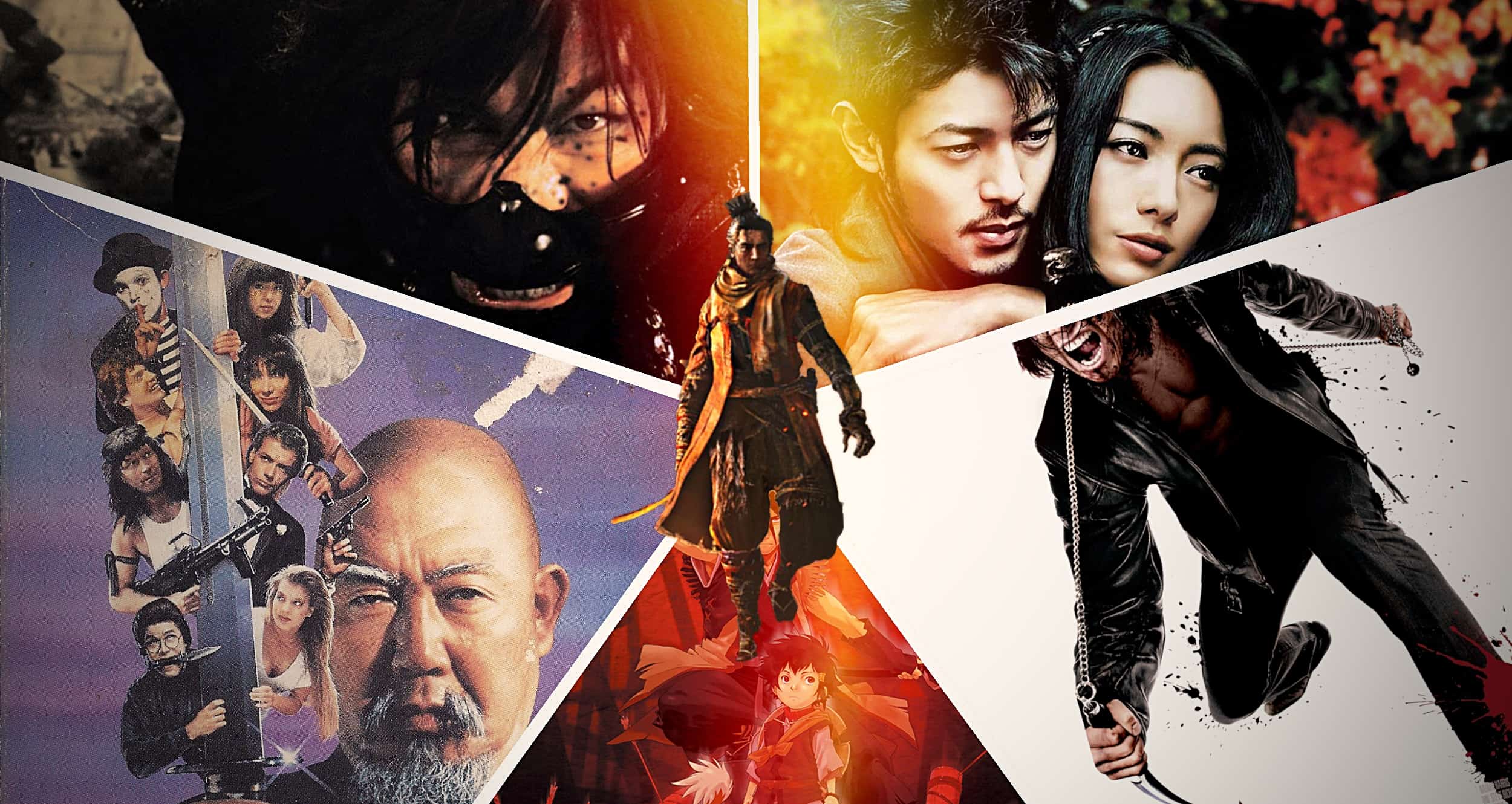 A ninja (also known as a shinobi and not to be confused with that streamer), is widely assumed by entertainment media to be a masked figure with dark apparel who lurks in the shadows and skulks around at night. While there is some truth to that notion, the reality is that ninjas played a role that is no different to modern-day spies. They would often infiltrate enemy lines by assuming the guise of a normal member of society. Doing so allowed them to learn tactics, steal information, and even sabotage enemy equipment. It was rare for a ninja to act as a hitman, as can be seen in most ninja films and other movies like Sekiro.

From Software’s Sekiro: Shadows Die Twice is the latest take on the shinobi. In the game, you take on the role of Wolf, a one-armed shinobi that utilises a unique prosthetic. This prosthetic comes equipped with the tools that Wolf can use to his advantage. It also allows him to leap from rooftop to rooftop in the most epic way imaginable, all while effortlessly slicing away at foes. This rendition of the shinobi is the usual glorified action hero take that the likes of the Tenchu franchise have made famous; and it remains ridiculously entertaining.

With that said, Sekiro: Shadows Die Twice is also very much a Soulsborne game. As such, players can expect the typical From Software challenge where enemies are challenging, yet fair. It is also where resources become lost on death. Regardless of how fair this is, however, chances are that the steep learning curve and even steeper difficulty spike mid-game will have you rage to no end. Making you ultimately quit the game… for at least a short while.

During these calming moments, it is easy to get lost in thought about the game that made you rage in the first place. Why did that boss beat me? Did I not dodge fast enough? Why did my deflect not work? Do I need new batteries, or is my controller really broken? Then you just go back to the game and try to beat that dang boss all over again. However, what if I tell you that you do not need to go back just yet? Why not give yourself an extra hour or two, to make sure that you are the most relaxed that you can be? The easiest way to do this, dear reader, is, of course, to find entertainment in other ways. I propose movies like Sekiro.

In this list I will go through a few films that I find incredibly entertaining, and/or calming to watch. All films relate to shinobi in some way or another and are set either in classical Japan or feature some modern spin on the subject matter at hand. These include campy Hollywood takes, true-to-form Japanese cinema, or something in between.

Whatever the case may be, however, I can guarantee that they will, at the very least, scratch your movies like Sekiro itch.

I admittedly only know about this movie because I knew that South Korean pop musician Rain plays Raizo, the protagonist of the film. With that said, a pleasant surprise awaited me when I discovered that the movie actually ended up as quite a fun adventure! In the movie, Raizo is portrayed to be a disillusioned assassin looking for retribution. It is quite over the top in terms of special effects and narrative, but it still manages to adequately explore extreme cases of political corruption, and the effects of violence and horrors on the minds of young children. A great fit for this list of movies like Sekiro.

At launch, the film premiered quite poorly at the box office. Rotten Tomatoes gave it an average of 25% (from 114 reviews) while around 190 000 viewers ended up scoring it an average of 54%. It certainly is not scored the best, but I think that it does an amicable job at keeping you engaged all the way to the end.

Okay, so this is a weird one on this list of movies like Sekiro. Remember Police Academy (1984)? The weird and wacky mock-job that became a household name in the late 90s and early 2000s? Well, Ninja Academy is pretty much exactly that. Only, instead of being set in a police academy, and revolving around a bunch of police recruit misfits, it is set in a ninja dojo. Naturally, it revolves around, well, a group of wannabe ninjas. What could go wrong?

The actual plot of the movie pertains to two rivalling dojos somewhere in the woods of Topanga Canyon, and Beverly Hills, California, respectively. The characters are stereotypical characterisations of various film tropes, including, but notwithstanding, a secret agent, a mime, a military guy, and a proper nerd.

Ninja Academy has no Tomato Meter score, but audiences seem to be in two minds about the film. It is scored at only 50% over 1443 viewer ratings. Regardless, I liked the film because of its slapstick nature. Something very few films manage to do right nowadays.

On this list of movies like Sekiro, we are going directly from comedy, into hardcore action and fantasy! Goemon is loosely based on the story of Ishikawa Goemon, an outlaw hero not unlike the modern depictions of Robin Hood. He steals valuables from the rich and gives them to the poor. While based on historical fact, the film is fictional in every sense of the word. It depicts Goemon’s exploits and his role during the pivotal end of the Sengoku Period that leads up to the Battle of Sekigahara.

The film implements various forms of media and splices them together in the same vein as Sin City (2005), or even 300 (2007). This gives the film a very peculiar and unique aesthetic that might not sit well with everyone. Regardless, I love how the film takes itself very seriously as an action fantasy flick, with all-out battles between the main and supporting characters. The film is only available in Japanese, but it did release with English subtitles.

Just like Ninja Academy, Rotten Tomatoes has no reviewer aggregate for this film. However, 999 viewers have rated it an average of 72% since it came out. Not too shabby!

In a list with movies like Sekiro, I feel it is apt to include at least one animated film about shinobi. Sword of the Stranger is my personal pick, and for one good reason: it gives off Sekiro vibes in every single frame!

Sword of the Stranger follows Kotaro, a boy who is hunted by Ming Dynasty swordsmen for unknown reasons, including a fearsome warrior called Luo-Lang. The film depicts how Kotaro and his dog find a mysterious ronin that refuses to take his sword into battle because of a mysterious past. The movie explores the bond between this boy and the ronin they dubbed Nanashi. It delves into how the pair ultimately work together to best Lou-Lang and his men. The film also includes aspects of faith and politics. Lastly, the dog might just be the cutest thing you have ever seen!

Sword of the Stranger has a viewer aggregate score of 91% over 2047 viewers. There is no Tomato Meter for it because critics seem to be scared of good shinobi movies!

If you are looking for proper drama in this list of movies like Sekiro, this is the film for you. Shinobi: Heart Under Blade adapts Seiya Yamada’s novel, The Kouga Ninja Scrolls, into an incredible movie that does the source material justice. It depicts a clash between two rival ninja clans, Iga and Kouga, and how the clash affects the ill-fated love between two students.

This West Side Story (1961) take sees Gennosuke and Oboro from the Kouga and Iga clans respectively, fall in love, even with all the odds stacked against them. It is honestly a beautiful tale with an equally beautiful cast, set in a fantasy world where illusions are deadly, and blades almost always fatal. While the movie originally released in Japanese, and is the preferred method to watch (with English subtitles), Funimation also released an English dub.

Shinobi: Heart Under Blade has an aggregate score of 76% from 8683 viewers. It is truly, a magical film.

Pretty much every single Zatoichi film ever

While not exactly pertaining to shinobi, the seemingly countless Zatoichi franchise is Japan’s longest-running series of film and television series based in the late Edo Period. The character spearheading the series is a blind blademaster who is as skilled with the blade as he is with breathing.

The Zatoichi films are numerous, and I cannot for a second list them all here without creating an exhaustive list of historical period-film excellence. I have also admittedly only seen around half of the films on offer! Nevertheless, they all server as excellent additions to this list of movies like Sekiro.

However, if I must choose one, I will undoubtedly have to choose Zatoichi Challenged (1967). Not only do I feel that the characterisation of Zatoichi peaked during this seventeenth instalment of the franchise, but it also depicts a beautifully choreographed final duel.

Zatoichi Challenged is only seconded by the tenth instalment in the franchise, Zatoichi’s Revenge (1965); with a close third being the much more recent spin-off, Ichi (2008). Ichi depicts a blind female blademaster who travels through Japan to find her mentor, Zatoichi.