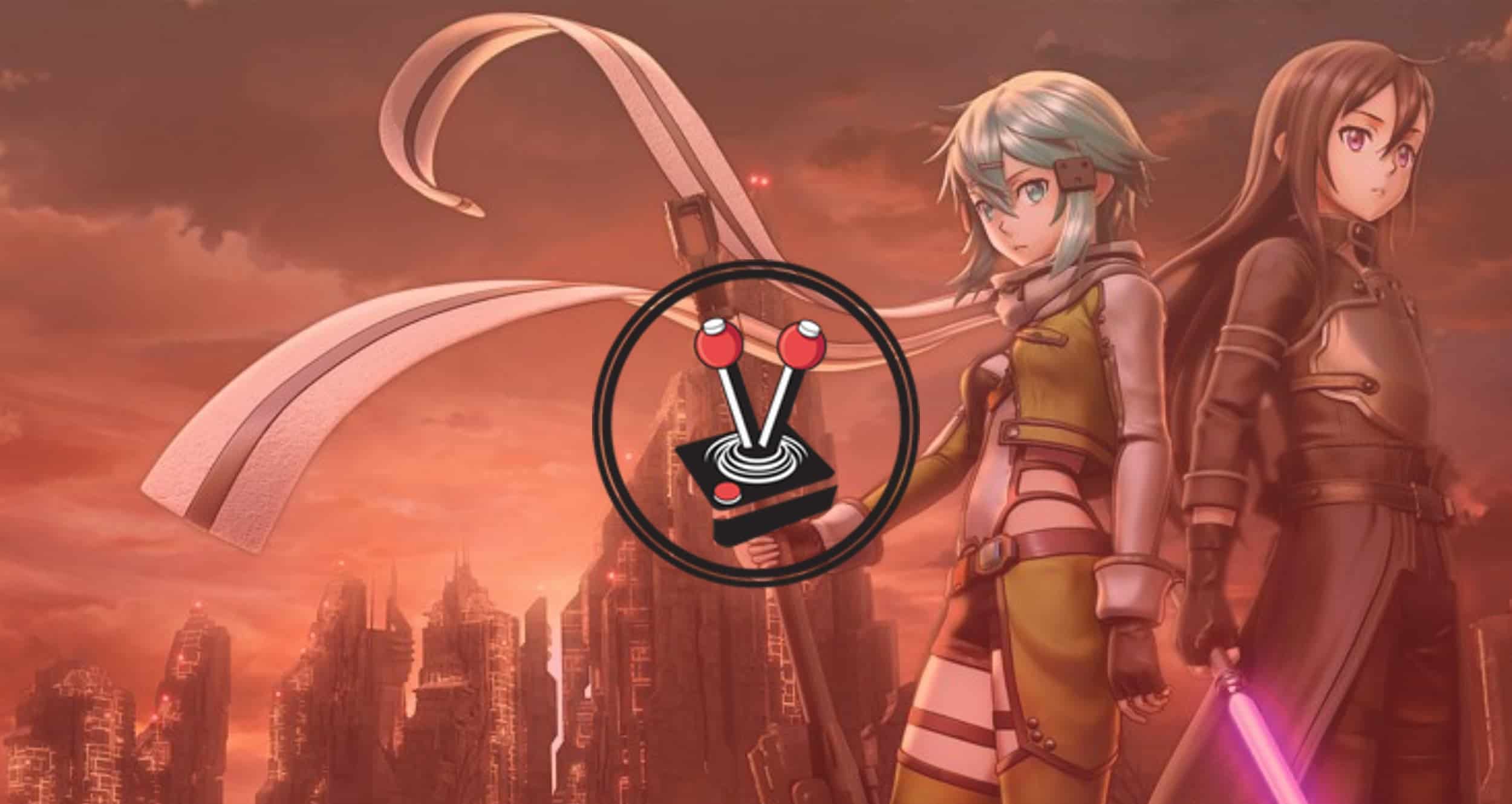 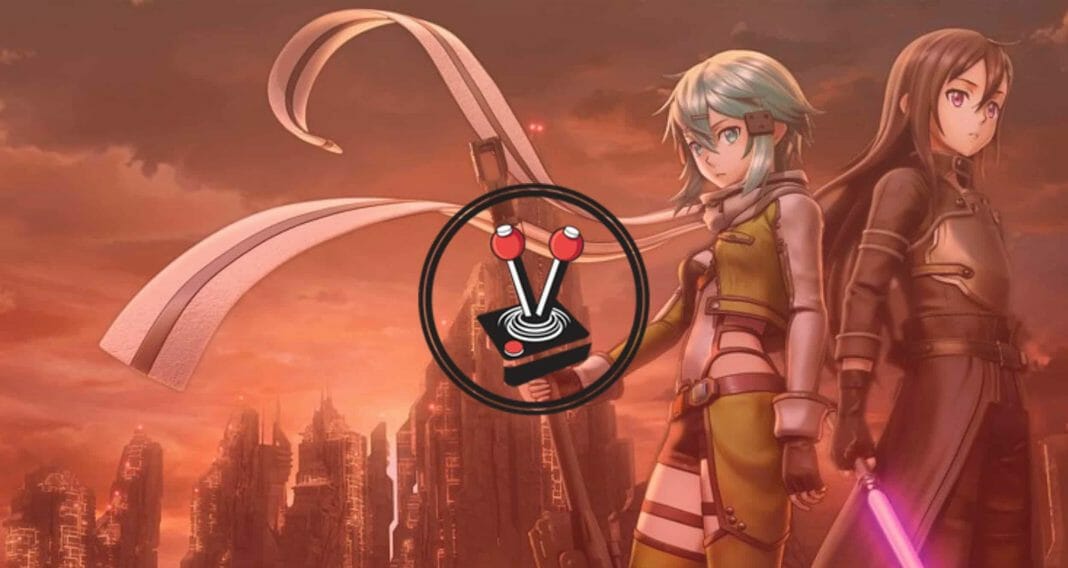 Sword Art Online is a massive franchise spanning a decade of light novels, manga, anime, and various video game adaptations. Some of those adaptations are known for their hilarious localisations and launch-day bugs; while others are regarded as decent tie-ins to both the anime and its manga counterpart. Sword Art Online: Fatal Bullet can be regarded as something of an in-betweener: it is good as a mindless dungeon-running, robot-shooting game, but oh-so-bad when you think about it for any more than five seconds – including the localisation.

In this Sword Art Online: Fatal Bullet review, I go over the not-so-good, the bad and the surprisingly pretty.

The mysteries of AI [Story]

In Sword Art Online: Fatal Bullet the player assumes the role of a customisable silent protagonist who is on their first day on the “job”. The very first mission lets the player stumble across an extremely rare, and extremely smart, artificial intelligence called ArFA-Sys, or Rei. The game then lets the player slog through an hour-long tutorial dungeon, followed by an hour-long information dump that exceeds Visual Novel styles of narration, where the game introduces a ton of characters – some of whom are part of the anime, and some of whom are unique characters created especially for Fatal Bullet. 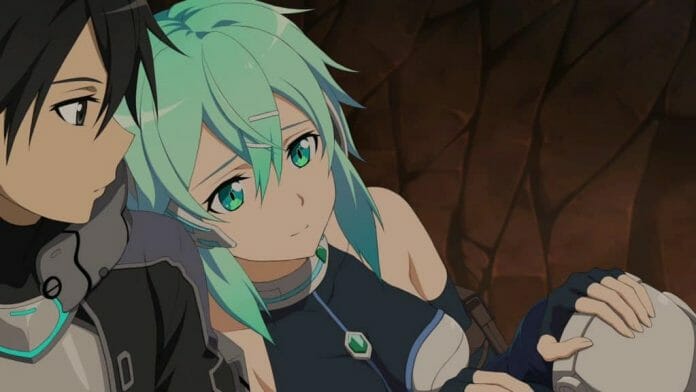 This is where fans of both the anime and previous games will find some much-needed fan service: where the games rely somewhat on the player’s knowledge of Hollow Fragment and the anime, the information dump of a cutscene explains everything well-enough to not be a problem. The issue, however, is that new players may get lost in the overwhelming amount of information vomited out by the game.

Beyond the initial information dump, the story revolves around learning more about Rei, the ArFA-Sys AI. Rei is unique and mysterious in that she can do whatever she wants, and go wherever she pleases, which is unlike any other AI system.

My biggest issue with the story is it takes a lifetime to get going. After the massive info-dump and the unnecessarily long tutorial dungeon, both of which take hours to get through, one would think that the story would then be the centrepiece fo the experience. Unfortunately, that is not the case. Instead, missions are riddled with filler content or useless padding. In fact, if all of the padding was cut from the campaign it would require the average player around 10 hours to get through. Alas, the game took more than double that amount of time to complete, and that does not even include online player versus player (PvP) missions and sidequests.

When not in the middle of translated Japanese dialogue, the game can actually be fun. Although past games in the franchise have all emulated the gameplay and feel of a massively multiplayer online (MMO) game, Sword Art Online: Fatal Bullet changes things up and places considerable emphasis on shooting things dead. For all intent and purpose, it is as a tactical role-playing game mixed with a third-person shooter.

The game adapts elements of the Gun Gale Online flawlessly. As such, it features heavy gunplay elements with interesting ways to combine it with Blades – the bladed weapon that is a staple of the series. Regardless of how you tackle fights, it feels good.

It is technically a third-person shooter in just about every sense of the genre, but it is turned up to include heavy role-playing elements as well. Character progression is as easy as shooting as many enemies as you can, and doing it as neatly as possible. Levels gained will allow the player to choose what stats to level up and what skills they want to learn next. Stats are easy to understand, and active skills are easy to execute. There are also passive skills and bonuses that can be unlocked via the progression system. The most important thing about this system, however, is that it dictates what kind of weapons players may wield. 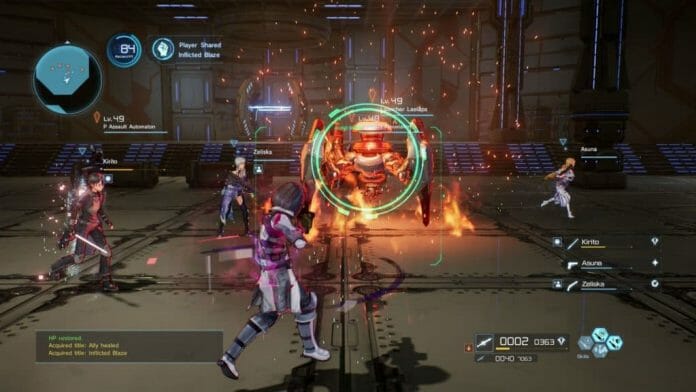 The weapon system is a nice little touch that many RPG gamers will like. Certain weapons are dropped by certain enemies, while basic weapons can be bought (in tiers that become available as the game progresses) from vendors. As you might imagine, every weapon type has its own unique pros and cons. Blades, for instance, require no ammunition and hit very hard. However, it takes great skill to slice the faces off of many enemies in the game. Guns, on the other hand, have the range that blades do not. Enemies can be shot from within cover, but the guns often lack the power necessary to take out enemies in single blows. On top of that, weapons have specific subtypes ranging from handguns and pistols to Gatling guns, sniper rifles and launchers.

Besides combat, the game also lets players go on Sub Quests, Hunting Quests and Treasure Quests. All of these quests do pretty much the same thing, but they are unique in their own ways thanks to clever narrative differences that ultimately tie into the filler for the overarching story. This means that they are not 100% trivial and useless, but they can be skipped without repercussion. Unless, of course, you are considerably underleveled for the next main mission.

As with most RPG games, grinding remains a very real aspect in this game. Thankfully, it comes down to mindlessly entering a dungeon (or level, if you will) and mowing down bad guys. It can be both fun, and tedious. Grinding and doing sub quests also helps you to improve other characters’ disposition, which is always nice. 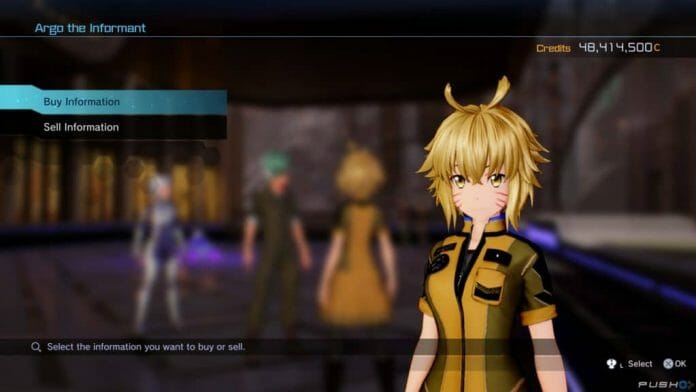 What is not nice, however, is the bland dungeons that players have to go through. The game is set up in “zones” or areas. Each area has its own distinct look and feel that changes how dungeons are perceived. Some missions will make players go through a grassy field while others will take place in industrial-looking facilities. The problem is that after you have seen one dungeon of each zone, you have basically seen them all. This is, of course, an exaggeration, but my sentiment holds: there is simply not enough variation to keep dungeons interesting.

Player Versus Player in Sword Art Online: Fatal Bullet seems lacking, but is nevertheless a nice feature to have. Not much can be said about it, other than that the game is better off without it in the long haul. Matchmaking takes forever, and matches tend to be one-sided steamrolls. I have no idea if the matchmaking was just a little broken during my time with the game, but I always ended up in matches where opponents seemed leagues better than I was, and geared and levelled higher than I could ever imagine being. It also does not help that matches practically come down to whose bullets hit first anyway. I personally would have liked some sort of online co-op mechanic where you and at least one friend could go through and clear dungeons together. Beyond taking down heavily modified Raid bosses, however, co-op is non-existent. With a little bit of polish, and text changes, this could have been a selling point for the game. Suffice it to say, there is no proper multiplayer campaign in this game.

Since Sword Art Online: Fatal Bullet is based on the second chapter of a well-regarded anime, it is only fitting that characters are at least portrayed correctly. Thankfully they are. Player character customisation is robust and allows players to adjust pretty much anything, from neck size, face size, and butt size, to super kawaii or even kowai. However you like it, it all fits into the world the game is based on. Player created characters look surprisingly good overall. It is such a shame, then, that everything else seems so lacklustre.

Environments are bland, and quite boring beyond the first few times that you enter a map of the same setting. In the same way, enemies also become pretty repetitive after a while, with no significant variation at all. This is why I am flabbergasted that the game takes as long as it does to load. The time it takes Sword Art Online: Fatal Bullet to boot up, to the time it takes to get into the game, feels unnecessarily long. On top of that, once in-game, I then have to wait for the game to load into a new dungeon so I can complete a sub quest, or perhaps even the main mission.

Fortunately, the game never stutters or misses a beat once it is loaded up. I am not sensitive to minor frame dips at all, but I have never had the game crash on me or noticed that frames skipped on me. This is great, considering that the game renders at a smooth 1080p for consoles at 30 frames per second (FPS). I must also mention this is the series’ very first foray onto Microsoft’s consoles.

Sword Art Online: Fatal Bullet is a decent title that falls short where it ultimately matters. While it looks great and fits perfectly into the universe it adapts, it ends up being bland and boring thanks to unfortunate narrative and design decisions.

The game can be considered fun when you approach it as a mindless shooter, but that mentality will only get you so far. The moment that you are subjected to the horrendous information dumps, overly long text-based sections, repetitive enemies and locals; you will quickly lose interest in the title. This may be a role-playing game, and it may be a Japanese game at that, but this is by no means marketed as a Visual Novel.

The same “bland and boring” argument persists in the overall design of the game as well. While characters look great and character progression systems are very well implemented, the world around it is severely lacklustre. All dungeons are bland beyond the first few times you experience them, and all levels just end up looking the same by the tenth hour.

Ultimately, the game is worth it for any fan of Sword Art Online. I would not recommend it to anyone else, however. Not even fans of the role-playing game genre… you know, since it is just a third person shooter anyway.