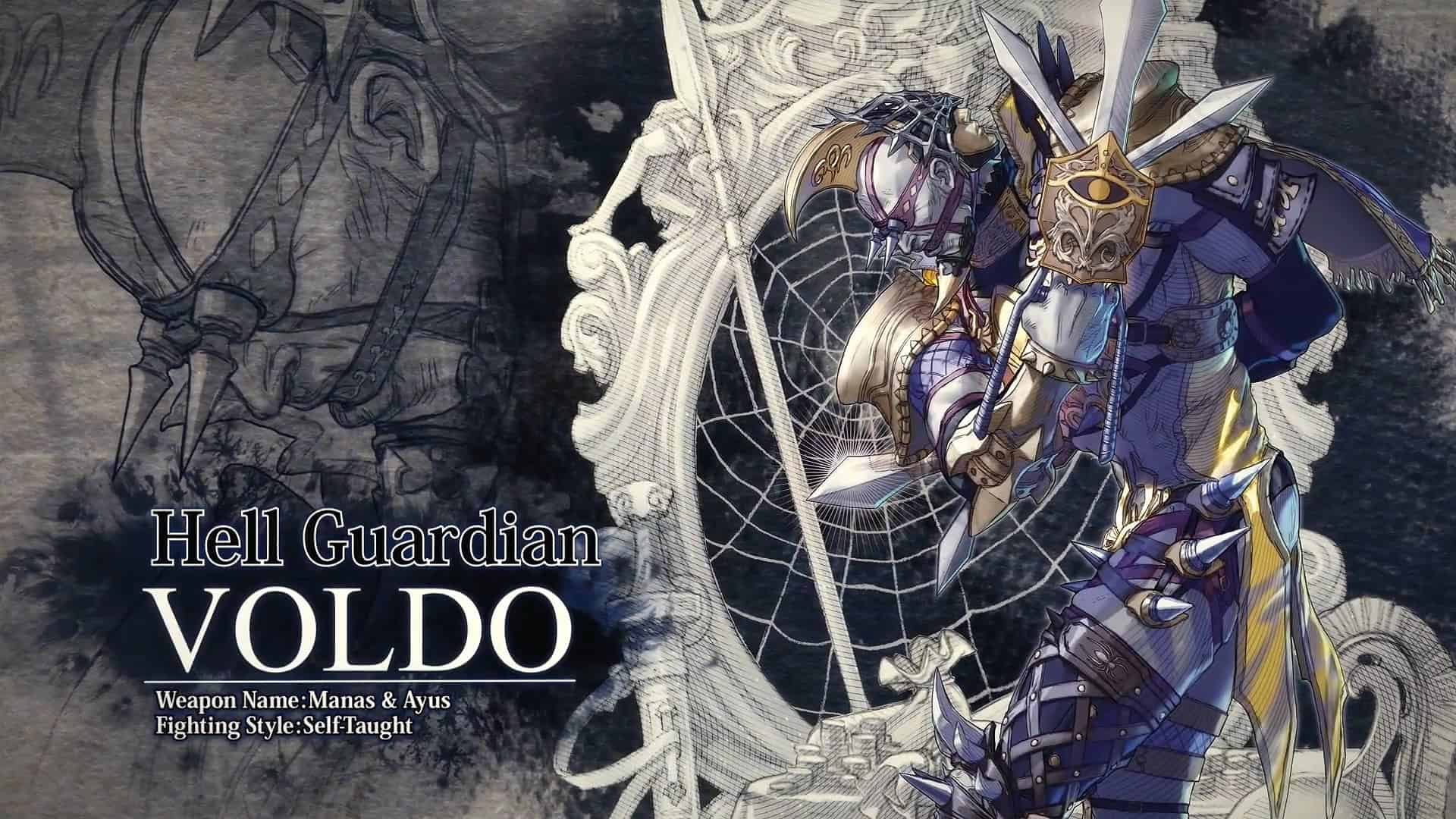 The video (embedded above) describes Voldo as a Hell Guardian”, caught up in a “tale of souls and swords”. His weapons, dual hand jamadhar katars named Manas and Ayus, are designed to be unique amongst the other weapons in the game. His fighting style is said to be “self-taught” and based heavily on contortionism. His aesthetic may be based on torture fetishism and bondage, but Voldo has shown he is a lighthearted weirdo at heart in past games.

As a Sicilian bodyguard, a young Voldo set out to find Soul Edge for his merchant master Vercci. After his expedition for the legendary sword ended in failure, Voldo went into hiding, lost his sight and gained improved hearing and awareness. He spent years in the darkness, only to emerge from the Money Pit when he detected the scent of a woman, Ivy, tracking the sword.

Voldo’s fighting style is not based off his background as a Sicilian mercenary and bodyguard. Instead, he taught himself the way of fighting long before he met Vercci. It relies heavily on quick jabs and slices. Voldo’s fighting style also lends itself to easy throws, meaning enemy fighters can be grabbed or combo’d into the air, where they remain useless for a little while, allowing Voldo to cut them to pieces. The video also shows off Voldo’s fancy new ultimate, which has him slice and dice opponents before launching them into the air with his… stomach? Needless to say, he should be a lot of fun to master when the game releases on 19 October 2018.

Voldo is the fifteenth character to join the Soulcalibur VI roster. Wind Priestess Talim was also announced recently. With the other series regulars mentioned above making a return, one can only wonder whether Cervantes might make the cut as well?