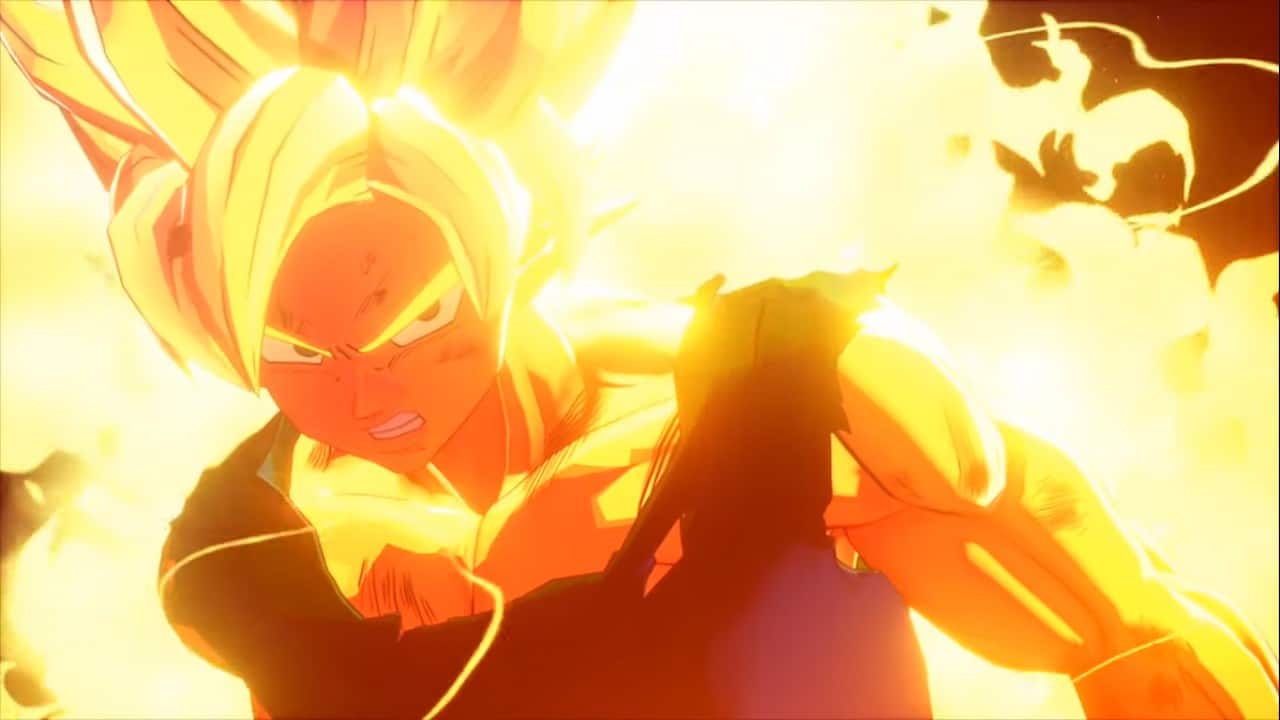 Video games based on the Dragon Ball franchise are a dime a dozen – all of which are, for the most part, actually fun to play. As fun as they are, however, very few of them actually do the anime justice. The most recent title, Dragon Ball FighterZ, actually mimicked the game very closely. FighterZ is a 2D fighter with a tag-three combat system that plays exceptionally well. It follows its own unique narrative based on the canonical story. The game is great, but fans want a game that not only follows the canonical story, but also looks like it (both things fans have had in the past, but not together). Now, this is set to change, as Dragon Ball Z: Kakarot mimics the anime perfectly.

The long-rumoured Dragon Ball title was unveiled during E3 2019. The then-unnamed “Dragon Ball Project Z” was said to incorporate open-world gameplay with a character progression system that would do the anime justice.

While a lot of information is still under wraps, E3 2019 at least gave us a name and told us what to expect. Like most Dragon Ball video games out there, Dragon Ball Z: Kakarot is built from the ground up as a cell shaded, 3D fighter. You can expect a similar aesthetic to that of Dragon Ball FighterZ in this regard. However, unlike all of the other games, Dragon Ball Z: Kakarot will follow the plotline of the anime and the manga. Sure, games like Dragon Ball: Xenoverse followed the anime as well, but even that had its own time-travelling spin. Kakarot, however, will follow it to the tee. No fancy spins, no new twists. What a breath of fresh air!

According to Bandai Namco, Dragon Ball Z: Kakarot will dive deep into Goku’s story. It will have a strong emphasis on his view of the world, and the entire story will be told from his perspective alone. This is in stark contrast to that of the anime and the manga which tried to tell the story from a third-person, external perspective. While it has not been confirmed yet, we know that the game will follow Goku’s story from the moment the first Saiyan, Raditz, arrives, all the way through to the end of the Frieza saga.

While that is arguably only three sagas worth of anime we might be playing, it should be more than enough if Bandai Namco does the characters and the game’s “open world” justice.

With that said, it must be noted that “open world” for Dragon Ball Z: Kakarot is not entirely as open as you might think. Rather, it is reported that the game will be a series of moments throughout Goku’s life. Reportedly, the game will be a linear story that follows Goku’s life as he experienced it. This means, that “open world” just means “huge explorable zone”. In fact, Bandai Namco producer Ryosuke Hara told Variety (via translator) that the game will not only focus on the epic battles Goku has endured but also the more mundane side of life. In an interview, he states that he thinks “there’s a lot more [to do] in the Dragon Ball Z storyline, like day-to-day activities and what Goku does in-between battles”. So prepare to see a lot more of the other stuff Goku had to do, folks!

According to Tom’s Guide writer, Marshall Honoroff, who was fortunate enough to get an exclusive hands-on preview of the title, the game will have a heck of a lot to do. In his preview, Honoroff explains that Dragon Ball Z: Kakarot is still the action/RPG that Project Z was rumoured to be. Dragon Ball Z: Kakarot will reportedly not force you from one epic fight to the next. Rather, Kakarot “lets you fly around huge levels, stopping to pick up side quests and engage in optional activities”. Honoroff explains that in his time with the game, his goal was to get to Raditz and defeat his Saiyan brother. However, he felt no need to rush. Instead, he took the time to level his character and hone his abilities before the battle. Honoroff then explains flying around, fighting low-level enemies such as remnants of the Red Ribbon Army (I wonder if that will be a playable saga?); how players can go fishing, and even hunt animals such as the dinosaurs that Dragon Ball creator Akira Toriyama is so fond of inserting into his manga.

According to reports, combat will also play a huge part in Dragon Ball Z: Kakarot. PC Invasion’s Greg Bargas explains that, while the controls were “fairly intuitive”, Dragon Ball Z: Kakarot mixes role-playing elements in a few ways. For a start, the game includes the ability to level up and hone your skills with weaker enemies strewn about the open world. However, other aspects are based on traditional RPG elements you would not otherwise see in a fighting game. There is also a combination system of sorts. Bargas explains that, while all his attacks were weak by themselves, it allowed him to use the various types of abilities he had, to create combinations of moves from kicks, punches, through to ki blasts, and even the ultimate Kamehameha. During the Raditz fight, in particular, Bargas also had help from Piccolo. You can reportedly leave him to be controlled by the computer artificial intelligence, or opt to take manual control of him in order to “do certain moves”. You have to do all of this while managing your ki, health, and stamina.

Dragon Ball Z: Kakarot is shaping up rather nicely. In fact, the last few Dragon Ball games have been quite good, which gives us hope that this new title will surpass expectations. Overall, everything we are hearing about the game seems to be an incredible take on the anime we have all grown to love.