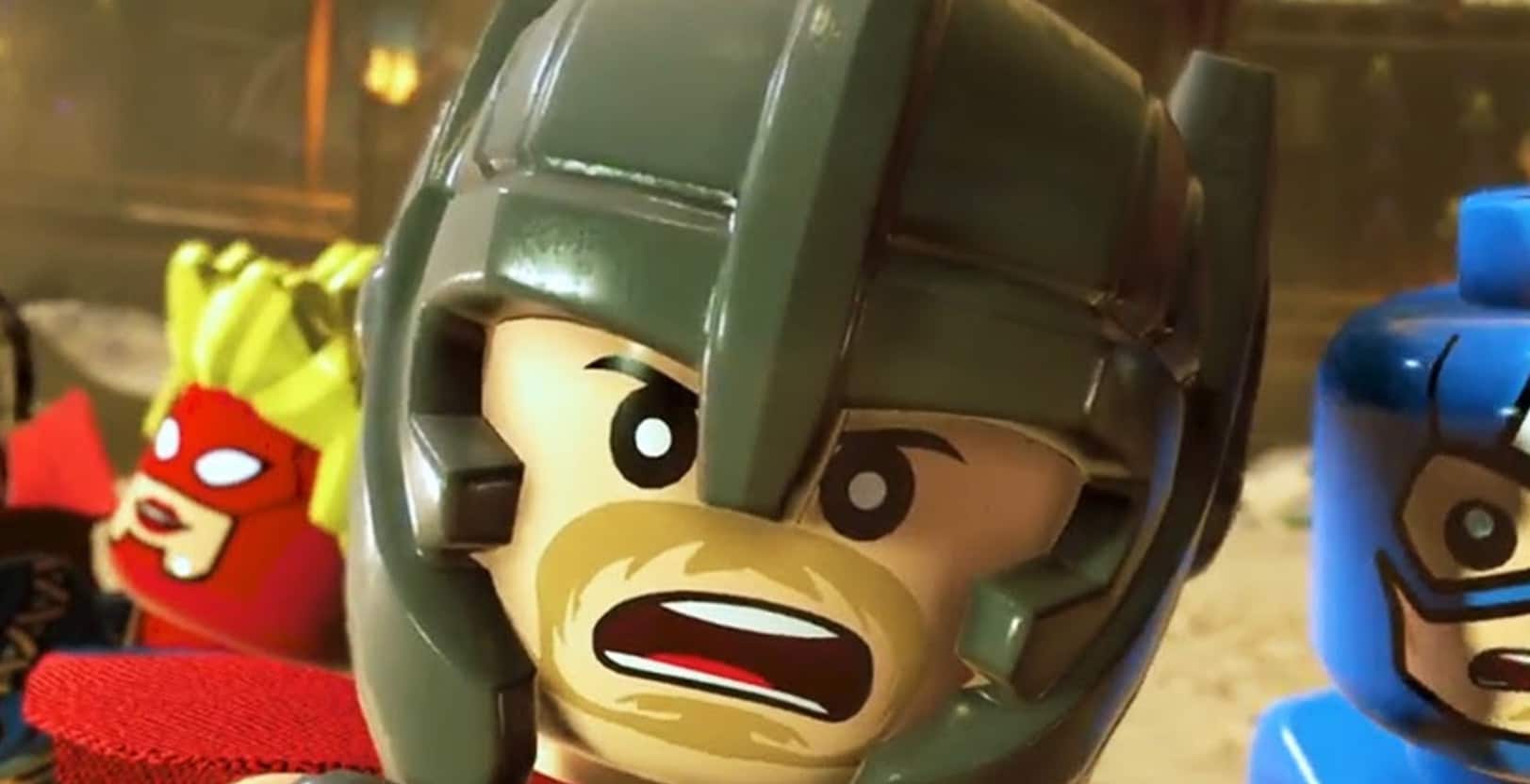 LEGO Marvel Super Heroes 2 is almost here! To celebrate, Warner Bros. Interactive Entertainment and TT Games have released a brand new vignette showcasing all new gameplay! What makes it even better is that it has been inspired by Thor’s latest cinematic outing.

The vignette draws clear inspiration from Thor: Ragnarok (2017) and its outstanding humour. This is great news, since I have long grown tired of the cheesy humour featured in TT Games’ LEGO adaptations of late. I particularly also like how the entire vignette is themed around the Thor: Ragnarok trailer. It features the signature 1980s neon fonts, electronic music, and hard-hitting scenes (by “hard-hitting”, I obviously mean well executed, and perfectly timed humour). A pity then, that LEGO Dimensions has been cancelled.

The new vignette showcases a lot of Planet Hulk’s various characters, such as Hulk, Red Hulk, and She-Hulk; as well as a number of Thor’s lovable companions, such as Heimdall, the new iteration of Thor in the form of Jane Foster, Maestro, and – of course – Loki! It also seems to be set in Asgard, home of the Asgardians and one of 18 “unique and iconic Marvel locations” that you can expect to visit once the game releases on 14 November 2017.

The game centres around the struggle to bring the time-travelling Kang The Conqueror to his knees. It features four-player competitive battles, 2-player co-op, as well as the signature 2-player split-screen co-op. It also features the usual fan-favourites from earlier LEGO games, such as platform puzzle solving and epic beat’em up scenarios pulled directly from the cinematic universe that is loosely featured within the game.

The game is set to release on Xbox One, PlayStation 4, Microsoft Windows, and Nintendo Switch later down the line.