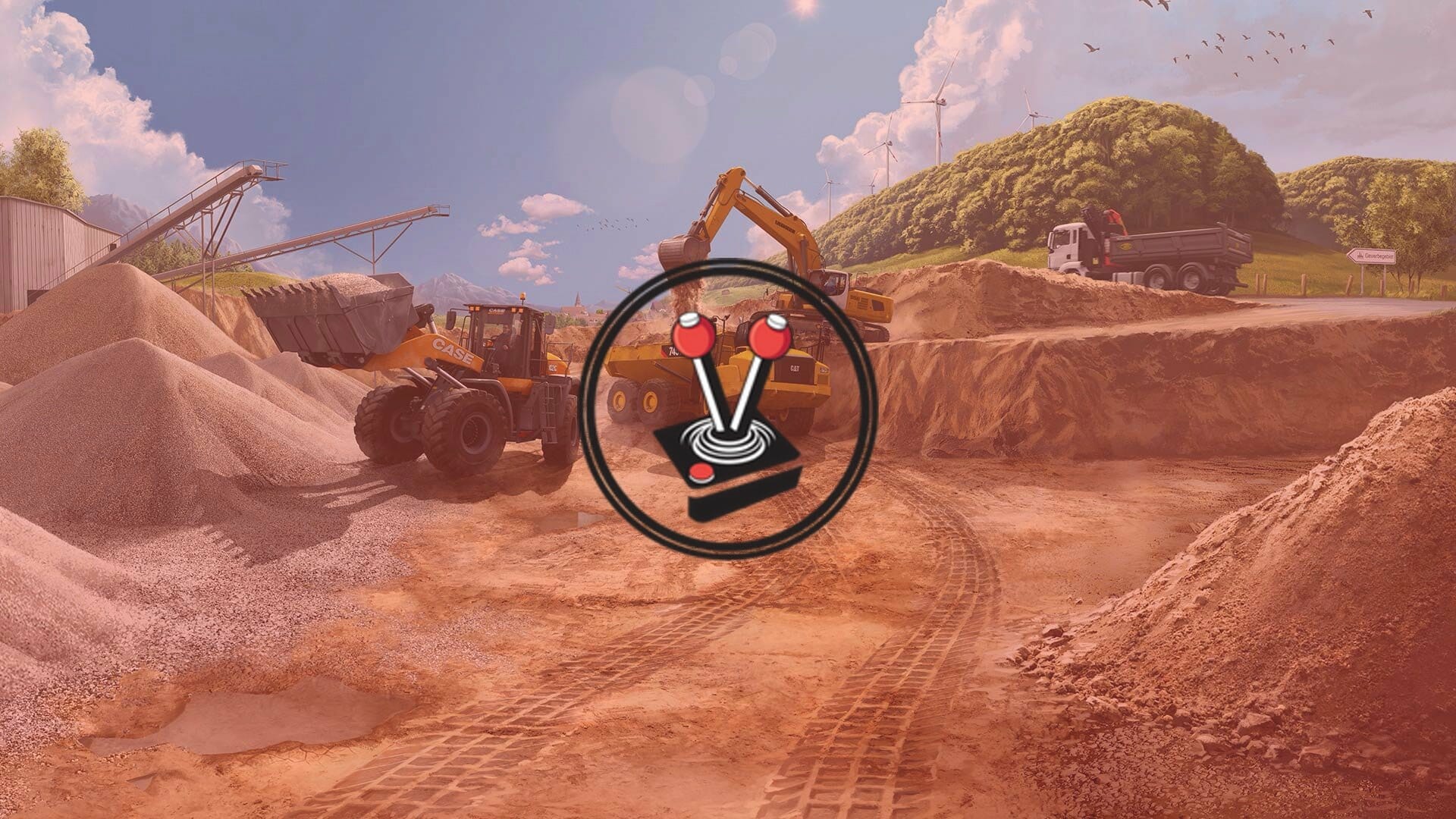 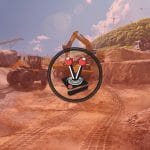 It baffles me how every single facet of life seems to have its own video game: from building and fixing up vehicles, to erecting a bustling farm, and even simulating the life of a busy little bee! What baffles me, even more, is how much I ended up enjoying all of the titles listed above, and the fact that there seems to be many more. Construction Simulator 3 Console Edition is the newest addition to my ever-growing collection of simulators, and to my surprise is one of the more addictive games on this list!

Construction Simulator is still a fairly new franchise compared to the likes of Farming Simulator. I faintly remember watching a trailer for Construction Simulator 2015 on one of those Demo Discs they used to pass out at conventions. I also faintly remember clicking the little X on the top-right of the screen and going about my life as if the very video I watched never existed. Fast forward to 2020, I am sitting in my living room with a MacBook on my lap and staring at the world map of the newest iteration in the franchise – with a serious itch to stop writing and continue lifting a bunch of rocks from the side of the road. Part of its addictive charm may come from the fact that Construction Simulator 3 began life as a mobile title. This puts the game in quite a unique position! We rarely, if ever, get to experience mobile ports finding new life on massive video gaming platforms.

While it started out as a mobile game, any first-time Construction Simulator 3 Console Edition players will never guess the game’s humble beginnings. Besides a very mobile-oriented interface, Construction Simulator 3 Console Edition boasts a hefty sum of features and gameplay elements you would only come to expect from triple-A titles. What is most surprising, however, is its inclusion of a full-fledged and completely fleshed out tutorial!

In Construction Simulator 3 Console Edition, you take on the role of a “semi-average construction worker” who has just entered retirement. In a bout to stay busy, you decide to start a construction company and tackle everything by your lonesome. I personally like this aspect of the game. While the story is extremely light and the only goal you have is being the best dang construction worker you can be, you can go about it knowing the game gives you exactly what you need to know, and more, before even getting started.

By the time that you do start the actual game, you will own two basic vehicles and have rented one or two others. It is here where the game lets you choose a contract or campaign that looks the most lucrative for the tools you have at hand. I started out by doing a simple gardenscaping job. You know, remove a rock here, flatten the earth there, drop the rock off at the depot. Everything I assume is normal for the average construction worker.

From the onset, the game also lets you choose from several settings that may or may not be a huge cause for concern during your time in the game. One of these settings is to toggle traffic violations on or off. While I played with it (since I seem to have an inclination for making my life difficult) I will recommend turning it off for anyone who is not familiar with the controls. You will be doing a lot of driving in this game, whether it is driving from the vehicle depot to your home base, or from home base to your client. With that said, the game is called a construction simulator for a reason. Driving physics are kind of whack at the best of times, and very reminiscent of Grand Theft Auto otherwise.

When you are not driving between points, you are undoubtedly figuring out the best way to go about doing the actual ‘construction’. The tutorial adequately informs you how to use the context menu to toggle all the different aspects of whichever construction vehicle you are commandeering. From here you can enable certain modes for your vehicles and machines, turn lights on or off, reset vehicles to save some time, and much more.

Many of the vehicles and machines in the game come with different modes. The loader you start out with, for instance, comes with the ability to lift and lower its cargo bed. It also comes with a tiny crane (which will honestly get you through thick and thin). You can use the context menu to switch between using the loader as a normal truck or make the hydraulic pumps do their work and have the crane come into play.

I will be honest and say that I forgot the game was called a simulator. Along with the abnormally easy way to do things, the game does not do a great job of conveying the fact that it is, indeed, trying to simulate actual construction work. I suppose I am too used to games like Farming Simulator and Mechanic Simulator, which force me to do the most menial of activities before I can do whatever it is the game actually requires of me. The fact that I was up and running, doing multiple contracts and campaigns in the first hour of the game, is both amazing and somewhat of a letdown. I liked it, but I also wanted more nuance for the experience.

Where the game also impresses is with the massive catalogue of construction vehicles it lets you choose from. Developers Astragon Entertainment says that there are more than 50 vehicles across 14 brands. While I have not unlocked or used anywhere near that number, I have used a fair few vehicles, and never felt that one was just a copy of the other.

I also appreciate the addition of the cockpit view. In both the iOS and Android versions of the game, you are stuck with orbit and crane views only. On console, however, the extra power allows the developers to focus on showing players the beauty of the machines from the pilot seat. As someone who prefers cockpit and driver perspectives in simulation titles, this is a big plus to me.

Astragon Entertainment says Construction Simulator 3 Console Edition comes with 70 brand-new contracts over its three major districts. While I cannot attest to this claim, I can say that I hardly ever had to do the same thing twice. Considering the lack of a narrative, I only completed around ten contracts and three or four campaigns before writing this review. The amount of hours I spent on each of the aforementioned contracts and campaigns, however, is crazy — especially when knowing there are countless normal contracts in addition to the newly added 70! The longevity of the title is excellent.

The game’s landscape is also rather beautiful. While not exactly massive, the 10km² map features three distinct districts that come with their own set of aesthetics and elements. These ensure you never grow bored of your surroundings as you complete the copious amounts of contracts the game has on offer. Astragon encourages exploration in each of the Alpine Foothill-inspired districts with cool medals and collectables. These are challenging to come by most of the time since vehicles seem to be indestructible and houses cannot be damaged. Thus finding one out in the wild is quite the treat!

Considering how the game began on mobile, Construction Simulator 3 Console Edition runs like a dream. I am uncertain of whether the game received a visual upgrade specifically because of the port, but it looks great nonetheless. While trees are not as detailed as those in Farming Simulator, and vehicles can go with another render or two, I appreciate what has been done to make it look and run as well as it does. Also, the game is tiny and only has a download size of 2 GB.

Despite the subject material, Construction Simulator 3 Console Edition ends up being an extremely addictive title. Whether this is because of its strange easy-to-play nature, or because I just like simulation games, remains to be seen. Whatever the case may be, I can say that it impressed me far more than I thought it would. The port from mobile to consoles has also been fantastic. However, I do wish it would come to PC in the future. With that said, the only realm qualm I have is with the game’s physics – they need a bit of work.

Other than that, however, I honestly cannot find much to dislike about Construction Simulator 3 Console Edition. From its incredibly thorough tutorial, to the way it just opens up and lets you do your thing, there is no denying that this game will have you lose many hours of your day in the most wonderful way.