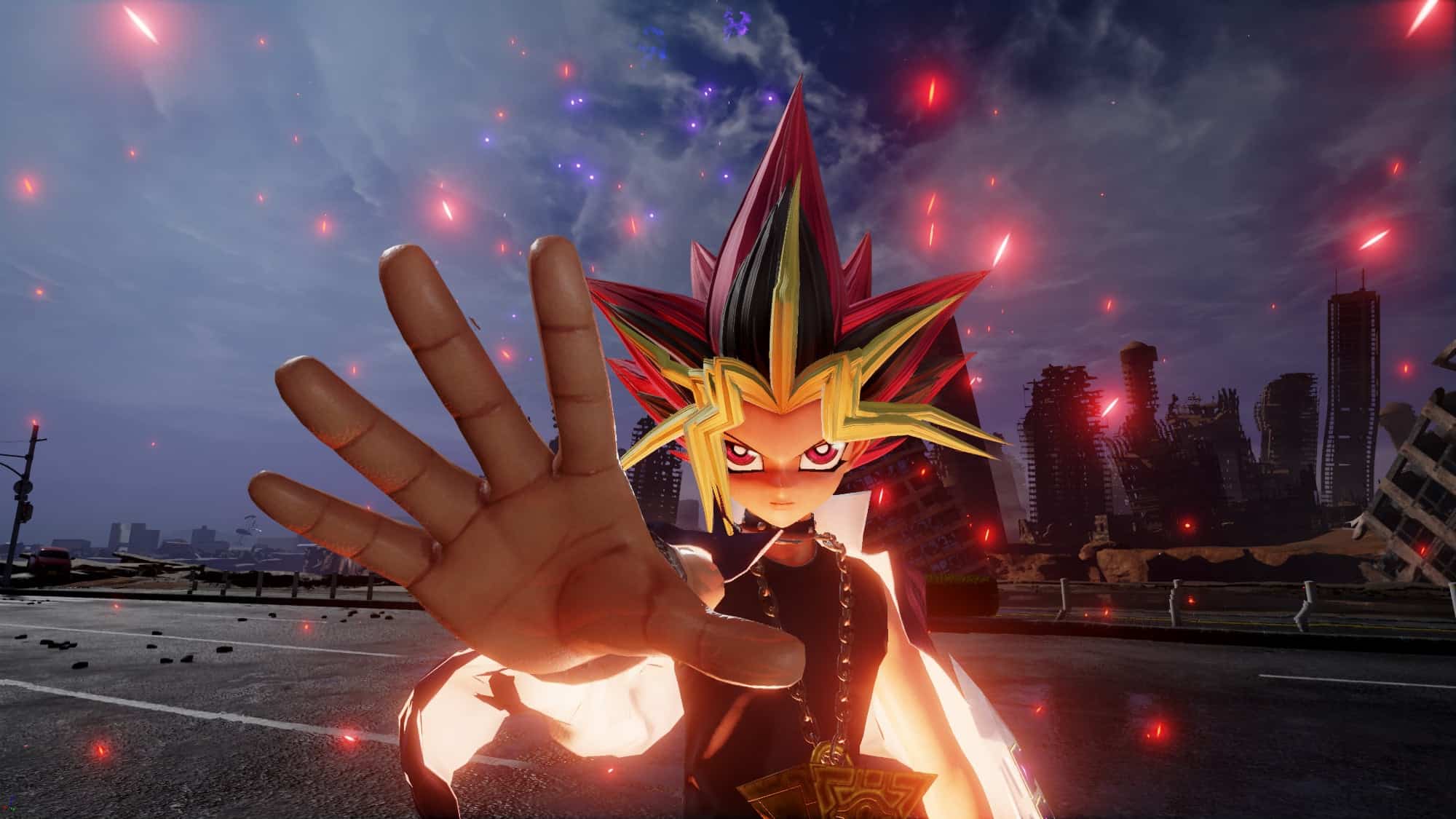 The more I hear about Jump Force, the more I just want to throw my money at the screen and make my wallet cry in a corner. It has just been revealed that Yugi Moto from Yu-Gi-Oh! is heading to Jump Force. He is the sixth major manga and anime character to join the roster.

Jump Force is a three-way fighting game, not unlike Dragon Ball FighterZ (2018). The game’s all-out battles will feature talent from a vast lineup of hard-hitters that span Shonen Jump’s long 50-year publication history. Simply put, the game’s cross-franchise battles will include characters such as Naruto, Goku, and even L from Deathnote.

Will you be able to handle the power of the King of Games?

Yugi Moto making the roster is quite the surprise! Especially when one considers that Yu-Gi-Oh! is better known for its card games, versus the anime or games. However, it is a pleasant surprise, nonetheless. In the anime, Yugi’s alter ego Yami Yugi is the embodiment of the spirit of an ancient Egyptian Pharaoh called Pharaoh Atem. In both the manga and anime, Yami Yugi is shown to be a good combatant both in duels and hand-to-hand combat. He is also shown to possess magical powers that are channelled through the Millenium Puzzle – a relic that Yugi wears around his neck. Other relics include the Millenium Eye socketed into Maximillion Pegasus’ eye socket, the Millenium Ring that Bakura dons around his neck, and Marik Ishtar’s Millenium Rod, just to name a few.

The announcement was made by way of the official Bandai Namco Twitter page, whereby a fan quickly replied to Bandai Namco’s tweet with how we all felt. Hold on one second… so I can do a Three Finger Salute in JustSomeGuy243’s name!

In a more recent Twitter update, however, Bandai Namco explained that Yami Yugi will fight using spell cards and monster cards. This is especially important, considering that players will see the likes of Dark Magician Girl, Slifer the Sky Dragon and even the OG himself, the Dark Magician join the fight. Bandai Namco did not splurge on what spells Yugi will use, however. I wonder if Monster Reborn and Swords of Revealing Light will make the cut?

The legendary Yugi from Yu-Gi-Oh! is going to be playable in JUMP FORCE, the ultimate manga crossover!
He fights using Spell cards and Monster cards like Dark Magician, Dark Magician Girl or Slifer the Sky Dragon or #unite2fight #jumpforce pic.twitter.com/rv7EnMw0Kr

Yugi Moto’s franchise, Yu-Gi-Oh! joins the roster along with characters from One Piece, Naruto, Bleach, Hunter x Hunter, Dragon Ball, and Death Note. With a release date set for “sometime in 2019”, there is still plenty of time to go for more anime and manga franchises to be included. I would personally love to see the warriors from Saint Seiya join the fray, or perhaps even Yu Yu Hakusho and Samurai Usagi.