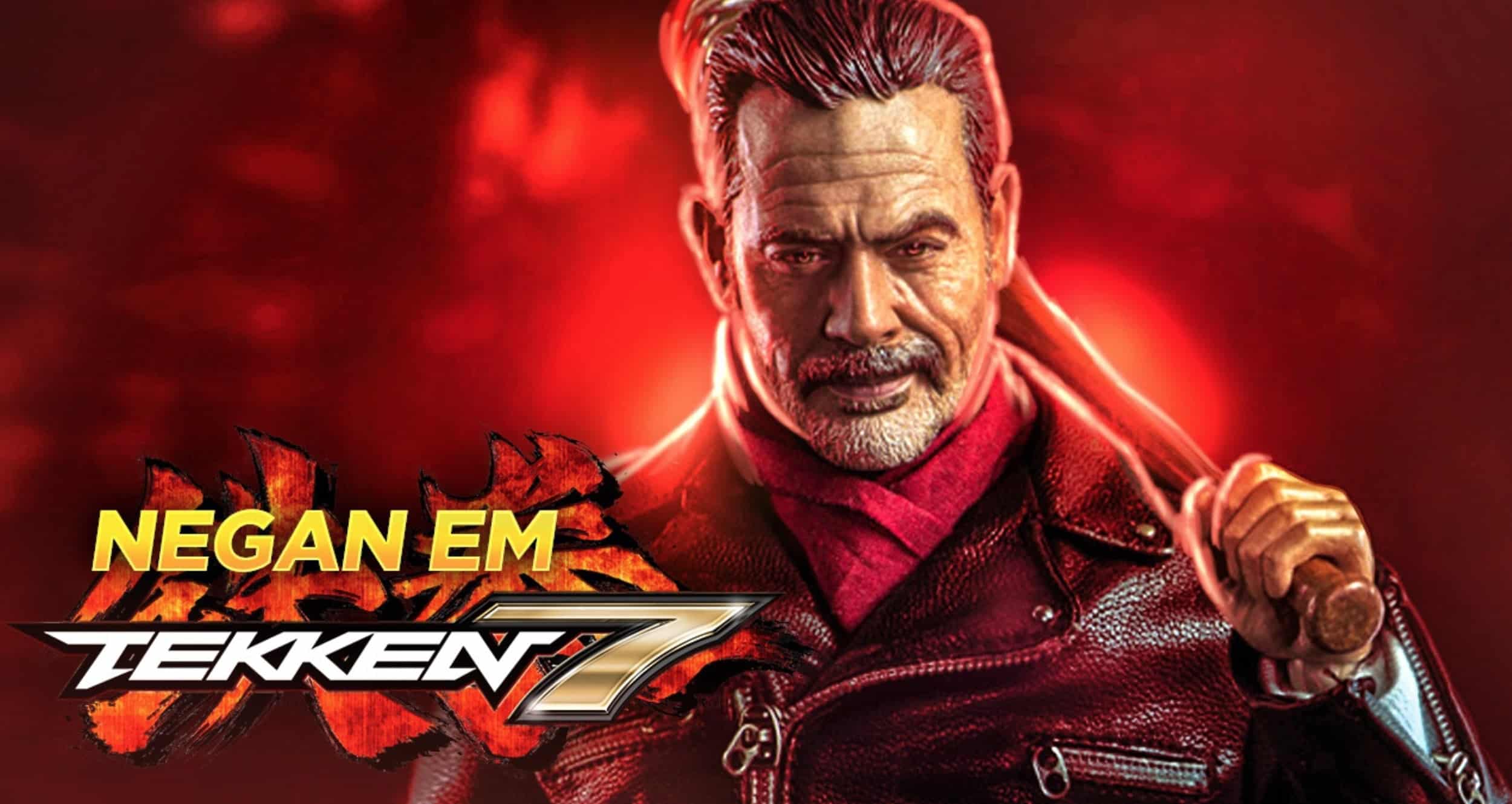 While SoulCalibur VI and its ever-growing roster of fighters is all the buzz at the moment, Tekken 7 is still fighting the good fight. Bandai Namco has announced a new wave of downloadable characters for its upcoming second season, and The Walking Dead’s Negan is coming to Tekken 7.

That is right, AMC’s The Walking Dead big bad, Negan, is coming to Tekken 7 – with Lucile, leather jacket and all. While Negan headlines the Season Pass, he will not be alone. Series regulars Anna Williams and Lei Wulong are also joining the fight.

The announcement was made right off the heels of Evo 2018, one of the largest and longest-running fighting game tournaments around the world. The announcement came via Tekken series game director Katsuhiro Harada and designer Michael Murray, during the grand finals. In total, Harada-san teased six new characters. However, as you can see in the trailer embedded above, only Anna and Lei were shown. Negan makes an appearance at the very end of the video, complete with snippets from The Walking Dead and three more characters that are yet to be revealed.

According to Forbes, it is clear when the idea of Negan started brewing. Harada-san went to Twitter to ask for ideas on guest character appearances in April 2017. One fan reportedly suggested Negan, to which Harada-san responded by asking “With Lucile?” – Negan’s bloodthirsty baseball bat.

In case you are not a fan of the AMC hit show, let me clue you in: Negan is a series regular, and the villain to Rick Grimes’ group of survivors. Spoilers ahead: In the most recent season, Negan is a prisoner and becomes an ally to Rick. With the recent news that Rick Grimes actor, Andrew Lincoln, is departing soon; the story might lead to Negan coming into power once more. Either way, I cannot remember the last time I watched the show, let alone cared for it. My bet is this is just a smart collaboration to keep eyes glued to the silver screen while its most prominent actor departs.

Regardless of why Negan is coming to Tekken 7, it is an interesting addition to the roster. As mentioned above, Negan is joined by Anna Williams; who has been a part of the franchise since the original Tekken. Her role in the story is that of personal bodyguard to Kazuya Mishima. Lei Wulong, on the other hand, joined in the sequel, Tekken 2, and features a slew of fighting styles.