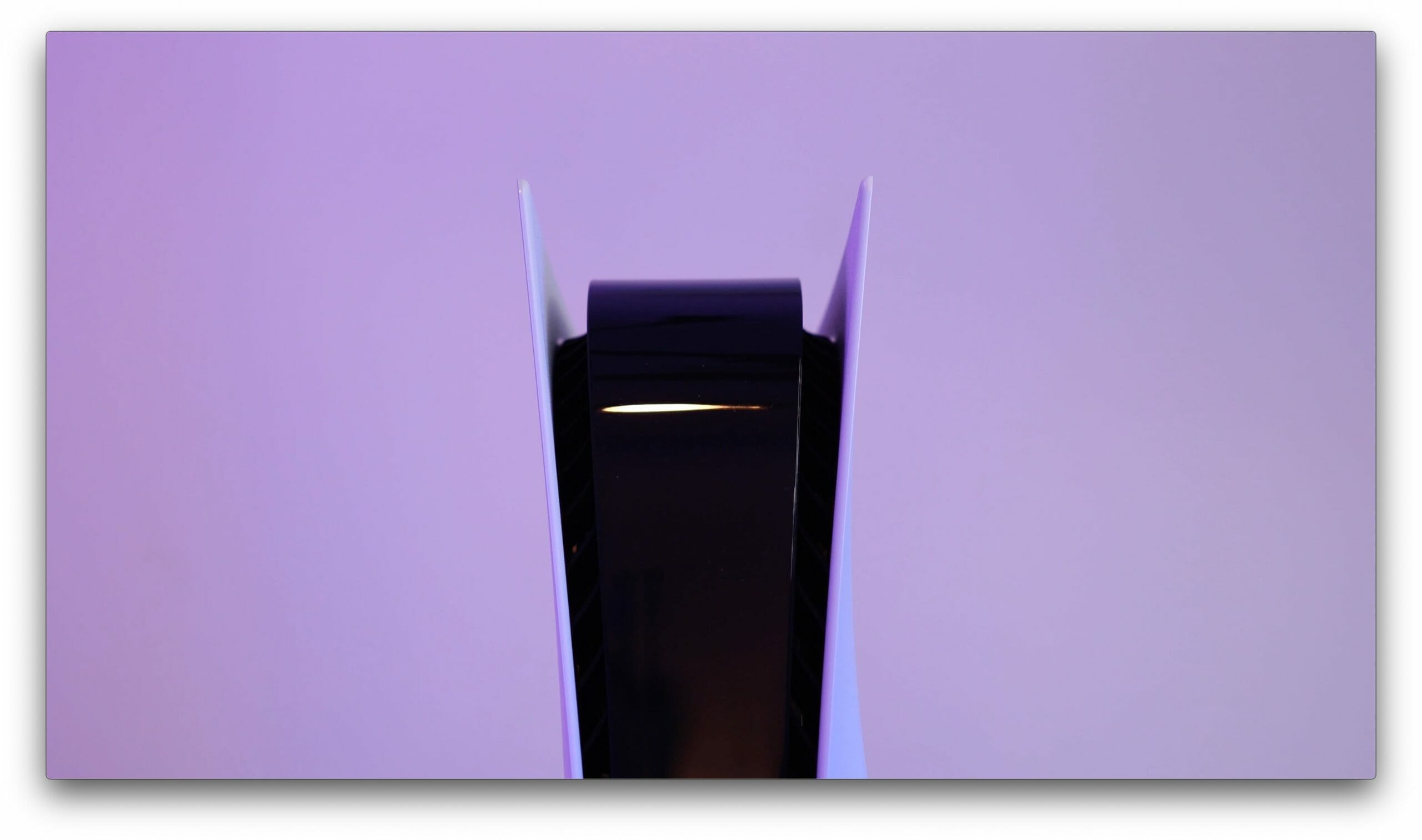 Sony’s PlayStation 5 is scheduled for release to the first wave of countries on 12 November 2020. South Africans, however, will have to wait for the second wave of releases from 19 November 2020. Fortunately, Vamers was lucky enough to be approached with early review and preview offers from PlayStation South Africa. Thanks to this offer, we have the privilege of showing our readers and viewers exactly what is in store for them when they finally get their PlayStation 5 consoles.

The packaging is quite pretty. The big blue top and prevailing white segments make way for beautifully inset Playstation button emblems. These stand out in the right lighting and can otherwise go unseen. On the front of the packaging you can see the console and Dual Sense controller. The box also has mentions of 8K gaming (of which compatibility will be included in a future update), 4K120Hz compatibility, and HDR gaming. On the back of the box, Sony showcases the console laying on its side, with a profile view of the Dual Sense controller. The back also includes instructional paragraphs explaining the consoles “Lightning Speed”, “Breathtaking Immersion”, and “Stunning Games” – three features we will be testing extensively in the coming days. The top right of the box also lists the true size of the console’s storage: 825 GB.

Sliding off the colourful shroud reveals a blank console packaging underneath. Opening this box is as easy as ever. A simple cut through the tape holding the top of the box together opens it effortlessly. The first item you will notice in the box is a container. This white container contains the controller, and all cables needed to get the PlayStation 5 up and running. One cable is the power adapter, while the other is a USB-C cable that terminates in a USB-A connection. The USB-C cable is used to pair the Dualsense controller with the console. The box also contains an HDMI 2.1 cable, which is sturdy and thick. You can also find the dock in one of the container slots. Removing this cardboard container piece and its contents will reveal the actual console inside the packaging.

The PlayStation 5 itself is packed neatly in the box, with two cardboard packaging cutouts holding it suspended in the centre of the packaging. These cardboard boxes are folded and cut to fit the PlayStation 5 perfectly, but otherwise leave a lot to be desired. Similarly, pulling out the console is also somewhat of a lacklustre experience compared to the Xbox Series X. It is akin to the Xbox Series S unboxing experience, where Microsoft deliberately cut on costs to save its users some money. Needless to say, the console is also wrapped in a white material bag similar to the Series S. Unlike Microsoft’s console, however, the PlayStation 5’s bag is just folded and squished into place. This is a far cry from Microsoft’s approach, which had their bags neatly tucked, folded, and stuck for a tight fit and premium experience feel – like presents at Christmas. Removing the bag finally reveals the console itself.

Despite its somewhat lacklustre packaging, there is something special to be said about the boldness in design. The PlayStation 5 pulls heavy inspiration from retro-futuristic designs. Its clean white plates skew and morph in different directions, and its central black stripe makes it look almost like a piece of modern art. The outside of the console is fairly simple, with a PlayStation logo at the back left of the console (looking directly at its front), and not much else. The front of the console houses a power button, an eject button, and the 4K BluRay drive. It also features a single USB-A port, and a USB-C port (both 10gbps). The back of the console includes two extra Super-speed (10gpbs) USB-A ports, a Gigabit Ethernet port, an HDMI Out port, and the plug for the power adapter.

There are no feet on the PlayStation 5. Instead, Sony has kindly included a base in the box. Attaching this base to the console’s left panel is easy enough for laying it horizontally. Vertically, however, is another story altogether. If you want to set it up vertically, you first need to remove the screw from the base. This can be done by twisting on the base, which reveals a little nook and the screw within. Set the screw and base aside, then unplug the screw hole from the bottom of the console. Once done, you must put that plug in the same hidey hole that housed the screw, and twist it back closed. Thereafter, all you need to do is align the back of the base with the back of the console, and use something to screw it in place. Why Sony had to make it this complicated is anyone’s guess!

The PlayStation 5 is, truth be told, a beautiful console. Preliminary testing has already revealed that the black plastic is incredibly easy to scratch during cleaning (we had to wipe it for the beautiful photos accompanying this post). The console is also incredibly big, coming in about ten centimetres taller than the Xbox Series X, and going about as deep as well. In my opinion, the design looks rather timely – while it looks cool and futuristic, it is not simple and will most definitely stand out like a sore thumb in many entertainment consoles. I do like the design, but I am also worried it may look dated rather quickly. The fact that the black plastic scratches easily is a definitive con, and it is a bit of a schlep to put the base on for vertical placement. The overall unboxing experience is also distinctly average, with the only highlight being the beautiful console itself. Fortunately, the unboxing experience is just the beginning, and we cannot wait to give it a go and finally embrace next-gen for what it truly is.