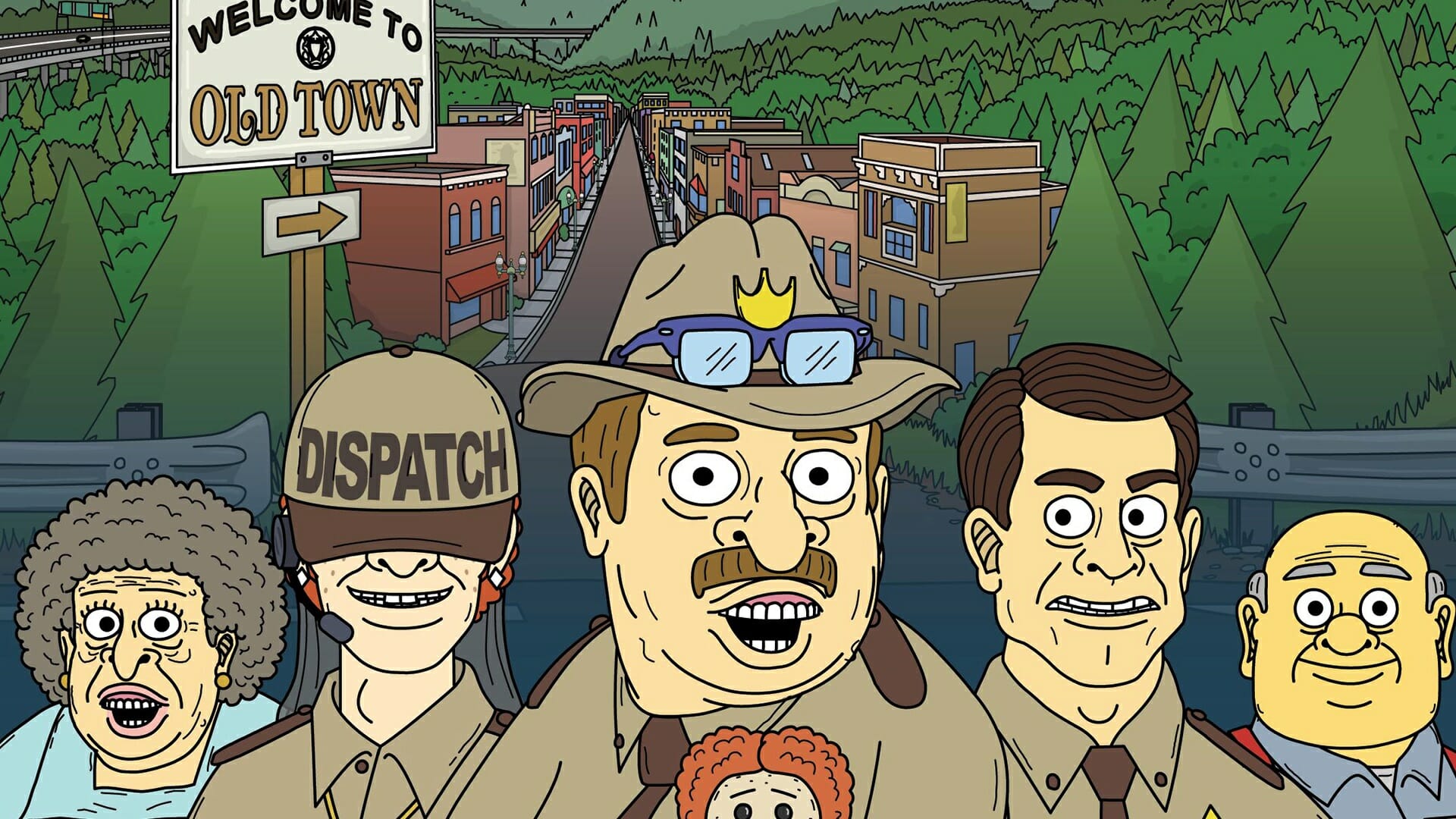 No matter how old you are, there will always be one constant in life to enjoy: cartoons! While the nature of cartoons might change as one gets older, no one can deny how satisfying good animation can be. This is especially true when one realises how cartoons are often much dirtier than originally thought. Then, of course, there are those special gems made for adults. One of these beloved cartoons is, without a doubt, Mr. Pickles and his crazy universe. Alas, once the devilish dog saw his end, creators Will Corsola and Dave Stewart promptly put the spotlight on the Sheriff for Old Town in an all new series: Momma Named Me Sheriff.

As the official sequel and spin-off to Mr. Pickles, Momma Named Me Sheriff takes place in Old Town, but this time with a renewed focus on the greater populace of the town. In Mr. Pickles, fans learned of the sheriff and his dimwittedvways. The new show follows his misadventures as he patrols the town, comes back home to his doll best friend, and his beautiful momma.

As per our Transparency Policy, this interview has been reproduced as accurately as possible. However, grammatical edits have been made in terms of brevity, clarity and style.

What was the inspiration for Mr Pickles and Momma Named Me Sheriff?

Will: Mr. Pickles back in the day was inspired by Lassie. Originally, Dave and I were thinking of the show set in the back in the day, like the Fifties, but then we kind of morphed it into modern times. And that is when the show grew on its own. If Mr. Pickles was Lassie, Momma Named Me Sheriff is the Andy Griffith Show. But they’re not really parodies. They are their own thing.

Dave: Yeah, they were inspired by it [the above]. But we definitely grew them into our own shows.

We know your dog, Edie, was an inspiration for Mr. Pickles. Are other characters based on real people?

Dave: Yeah, definitely. Some of the characters are based on people we have had interactions with. Will and I work in the studios in downtown LA, so some of the people we will just see on a regular basis. I know, with some of them, Will would end up just taking features from them. I think a lot of his home town is in [the show]. Didn’t you base it off a lot of where you grew up?

Will: Yeah, I based the idea of Old Town, though it has turned into something all of its own, off of where I lived when I was a kid in a little small town in Virginia. I lived there when I was like from one to five. But yeah, for what Dave was saying, there has been some times where characters are based on people. You know, I just kind of see them around town. I remember one instance when I was designing Linda. I couldn’t get her hair right, and then I walked outside. And then I saw the hair I needed, went right back inside and drew it. [laughs] But as far as Dave’s dog Edie goes, when Mr. Pickles idea was brewing, we would look at Edie and she’s like one of those dogs that always has a permanent smile. We thought it would be really funny to have a happy cute dog, always smiling, but secretly killing.

Do you have any favorite episodes? Is there any one that specifically jumps out to you?

Will: From this second season, I would say my favorite episode is ‘Sheriff and Roach.’ It’s about Sheriff chasing a roach and trying to kill it. But the roach leads him into a crime scene. So, Sheriff makes the little bug his new deputy while trying to solve a big case during the episode.

Dave: This season, my favorite episode is ‘Pudding,’ where Sheriff has to get off pudding. He’s addicted to it basically like heroin! [laughs] We’ve been working on this season so much lately that it’s hard for me to think back to last season! But I love the Smelly Glenn episode a lot too.

Will: Yeah, Smelly Glenn was great. One of my favorites.

The art style is really cool. Do you have a name for it?

Dave: I call it Will Carsola’s art style [laughs].

Will: I don’t think I have come up with a definitive name. I have tossed ideas around it long ago, but I don’t think there is really a name for it. It is just a style that came about during school, maybe a little bit in elementary school where I just started drawing kids in my classroom, or even my teacher. It was just my way of being able to try to get laughs out of friends, you know, drawing people to look ugly. Even when I was in Richmond and I was a bartender, that is what I would do more often than actually working. I was drawing on bar napkins. And I would draw everybody to be ugly. People came into the bar just to ask me to draw them sometimes. I have to warn them: I can only draw you ugly! [laughs]

Does the art style influence how the show is written?

Will: For me? No, because I think the story always has to be the number one. Story is the most important thing. I mean, visual aspects can come into play. But art style, I don’t think it does. Writing is number one, art number two.

Dave: But Will does draw stacks of characters in the writers room when we are talking about people. I think it makes it fun for the rest of the writers and it helps us see things better sometimes, too, because we will just know what somebody looks like. When you get in your head around what the character looks like, it kind of gives them a little bit more life in the writers room.

Will: Yeah, there are some instances where like a sketch can then turn into a story. Yeah, that is true.

We can call what you guys do as provocative. Is there a deeper thought that goes into this type of satire?

Dave: There are undertones of social commentary in a lot of what we do. Some of our audience picks up on it, and some don’t. We did it more early on, you know, a lot through Mr. Pickles. But it’s definitely in there – even with the idea of the town becoming very modernised and fast paced, like the world is today. But to us, the Goodman family was always this nuclear family that was just the old town, just the old way of being. The slower life and the simpler times. And for Goodman, I always think he clashes in the new world with stuff like that.

Will: Yeah, there are always underlying layers of things going on. You know, some people pick up on them, others won’t. Ultimately, it doesn’t really matter. But I think that always having something going on under the surface is what kind of helps give characters and the town like its own soul. They have got all these other things possibly going on. And this is what you are seeing.

How did you transition from Mr Pickles, which focuses on the dog and the Goodman family, to Momma Named Me Sheriff, which focuses more on the whole town?

Will: Well, we wanted to focus more on the town’s characters, their full stories in 11 minutes. It was hard with Mr. Pickles to be able to explore what we really want to do with these characters. And so through the Sheriff being the sheriff of the town, we get to do that. And you know, with Momma Named Me Sheriff we’re focusing more on Sheriff; Goodman as the deputy, and all the usual characters are still around except Mr. Pickles. For season two of Momma Named Me Sheriff we’re focusing more on the dynamic between the three – dispatch, Goodman and Sheriff and how they work together.

Who would win in a battle between Mr Pickles and Sheriff?

Will: That is a hard one to answer. Sheriff and Mr. Pickles both have a lot of love for each other. But I think the answer is that Mr. Pickles would win. But, you know, you never know with the Sheriff. Maybe he has got a trick up his sleeve. [In Sheriff’s voice] You never know, I might surprise ya!