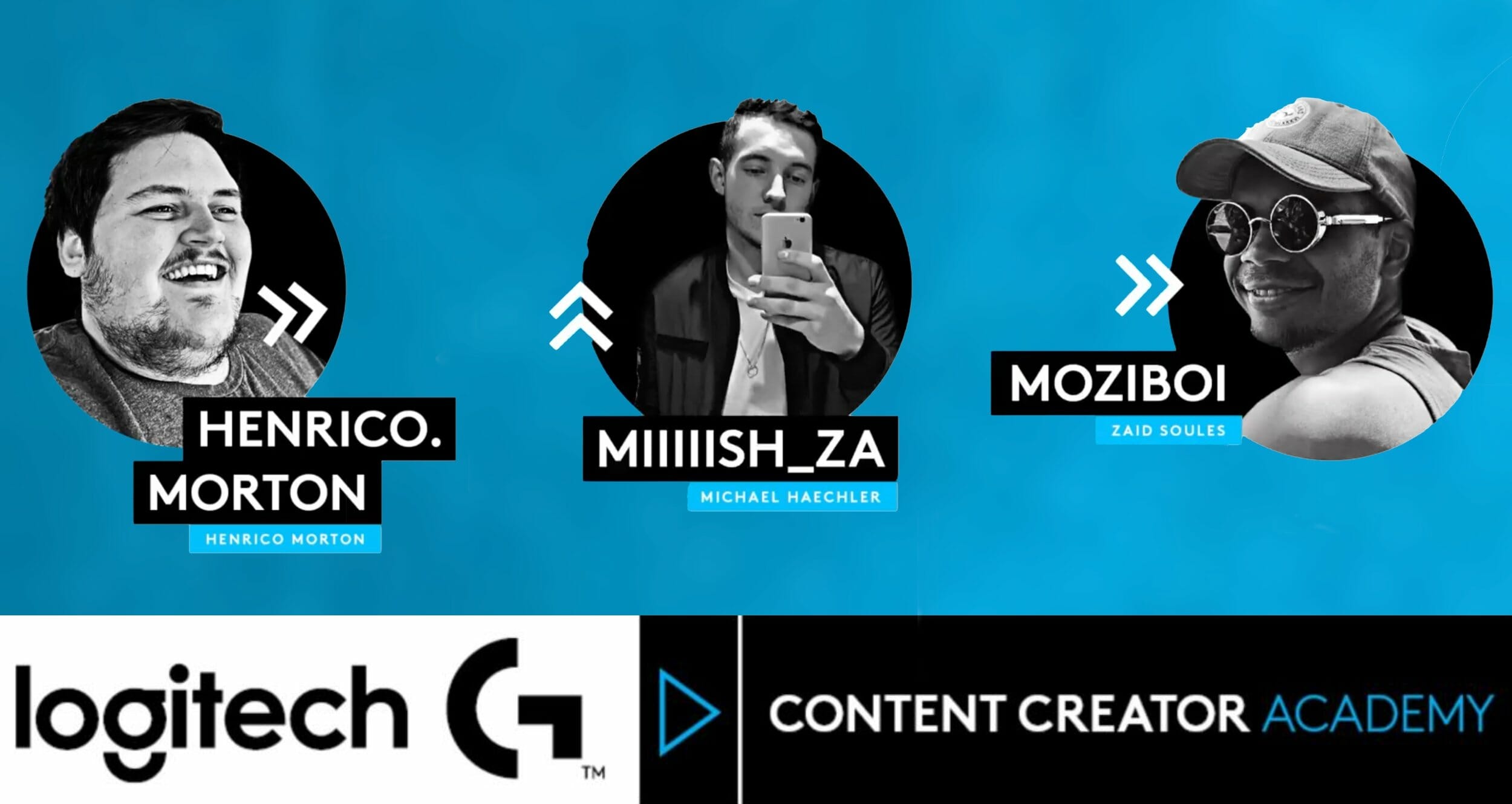 Vamers is privileged to acknowledge that the content generated for this post was sponsored by Logitech G South Africa, as part of an ongoing campaign. This article adheres to the terms and conditions set forth in our Transparency Policy.

Logitech G South Africa‘s ambitious Content Creator Academy is officially over, and several winners have been crowned. The campaign sought to find and give a platform to some of the best small creators in South Africa. In so doing, each of these creators was taken under the wings of some of South Africa’s very best, and received a six-month contract to work exclusively with Logitech G in 2021.

Eight finalists were chosen to go up against each other in the finals, and of those Michael “Miiish” Haechler, Zaid “Moziboi” Soules, and Henrico Morton have been selected as the Content Creator Academy winners.

While the competition only intended to offer two winning spots, the quality and content, as well as the potential for growth these creators have shown, proved strong enough for Logitech G to choose three! This really proves how South Africa has a lot of potential. All three winners will now receive contracts from the hardware giant itself, and work as content creators in collaboration with the brand for six-months in 2021.

Logitech G has revealed how the company is thrilled to work alongside the Content Creator Academy winners, who not only accepted and got through the new challenge with sheer determination, but also with skill and natural talent. The last three months included exhilarating and challenging first-of-its-kind training under the guidance of Sam “Tech Girl” Wright and David “Dangerous Dave” Kozlowski. All three winners will now receive additional guidance, tools, and knowledge to create unique and amazing gaming content – and we are excited to see what they come up with!

Some of the unique challenges the Content Creator Academy winners had to go through includes a game streaming bootcamp, and some understanding of the ins and outs of personal branding. Through a combination of technical, writing, and social skills, the winners are set to develop great content, build a fan base, and grow their own brand’s social media presence.

As an additional bonus to announcing the Logitech G Content Creator Academy winners, the brand also announced how finalists Rebecca Selkirk and Jesse February have entered into negotiations with White Rabbit Gaming. Together, they are set to pave the way for more women to make extra waves in the gaming world.

According to Alexander “Lizzard” Olls, the Logitech G Content Creators Academy has allowed the brand to uplift young and gifted South Africans. It gives them a glimpse into the countless ways they can expand their talents and abilities. It truly is a great activation from Logitech, which we hope will make a return in the near future!

For more information, creators and fans alike can check out the Logitech G Content Creator Academy at the brand’s Facebook page.