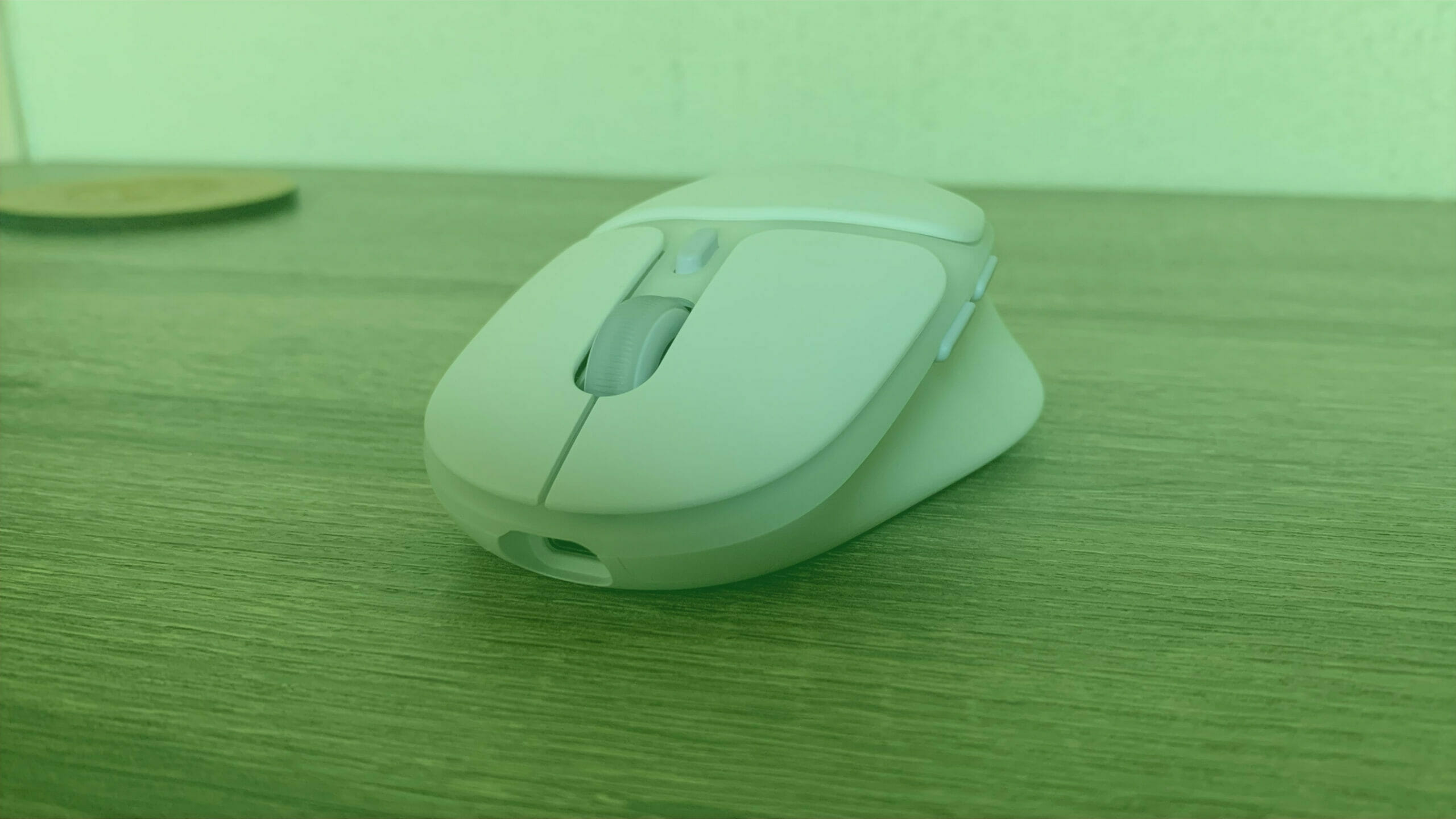 Gaming peripherals have always seemingly been designed to cater to a more “edgy” user base; with many gamers gravitating toward a “RGB all the things” mantra. Often also choosing to show off big and bulky, yet sleek-looking, hardware. Thanks to societal constructs and stereotypes around gender, devices styled in such a way have often been considered “manly”. Well, Logitech G have rightfully (and profoundly) found a solution to these past due stereotypes with the Logitech G Aurora Collection.

In short, the Aurora Collection is a new “gender-inclusive” range of gaming peripherals designed for gamers who care less about performance and competition, and more about comfort and style. These peripherals go against what is considered “normal” design for gaming, and instead focus on a much more cloudy aesthetic favouring softer edges and pronounced curves. Leading the pack in this new collection is the Logitech G705 wireless gaming mouse.

Visually, the Logitech G705 is noticeably more bubbly in its design, when compared to other mice on the market, and feels like a solidified stress ball in one’s palm. Even so, it boasts top-tier functionality and a surprisingly stellar battery life (also takes less than two hours to charge to full). With that said, some concessions had to be made in order to justify the bold new design, chief among those being its expensive price tag. At $99 USD (or your local equivalent), it is quite a hefty recommendation — one that may not necessarily make it the perfect choice for everyone.

Logitech G have a pretty good track record of managing to squeeze expensive hardware into small and most eco-friendly packaging. This design ethic follows suite in the Logitech G Aurora collection. From the moment of purchase, prospective users can expect a solid and extremely packed unboxing experience. However, this mantra extends throughout the hardware as well. Out of the box, users are met with quite a weighty mouse, one that is jam-packed with rock-hard plastic and heavy mechanics within. Its small size is also surprising, yet not as uncomfortable as one might imagine. It looks miniscule compared to the much larger Logitech G502!

Prevailing over its round chassis is nothing but matte white hard plastic and softer silicone padding. The mouse received for review is all-white, with softer diffused plastic allowing for the fancy RGB strip to do its thing. There are also many tight seams all across the mouse’s body, which might pick up lots of dirt in the long run, despite looking extremely cool in the grand scheme of things. Its top plate (where the palm rests) is a removable magnetic plate where the USB receiver can be stored. However, it does also serve another purpose: Logitech G allows for the different colours of the Aurora mouse to be interchangeable with one-another; and they also offer new coloured “replacement” plates for the ultimate customisation experience. While we did not receive any additional plates to test the magnet’s longevity, there is no denying how nice all of the pastel colours look!

The various shortcut buttons dotted around the mouse may not be as plentiful as other mice, but they do feel nice to the touch. There are two buttons above the thumb rest, and a further DPI switch behind the mouse wheel. Together, these three shortcuts give users basic plug-and-play functionality most gaming mice offer, whilst also letting users swap their functions, as needed, via Logitech G Hub.

In terms of functionality, most of the mouse’s main prowess relies on the manufacturer’s proprietary software suite. Logitech G Hub showcases the mouse’s extraordinary long battery life, allows for the aforementioned macro switching, and lets players flip through different gaming and software-specific profiles (you know, for those of us who play competitive games at sub 1,000 DPI). On that note, it must be mentioned how the Logitech G705 does not come with Logitech G’s ridiculous 20,000 DPI sensor out of the box. Instead, players can expect a maximum of 8,200 DPI, which in all honesty, is more than enough for every practical setup. Even so, DPI offset is also non-existent at its maximum setting, which most definitely helps.

With that said, raw performance is not the mouse’s main focus here. Instead, it is most definitely the bold design that serves as the new direction Logitech G is aiming for with its Aurora collection. A perk of this direction is a multiform way of connecting to devices, which now includes the ability to connect via Bluetooth 5.0 instead of USB-C or Lightspeed 2.4 Ghz. This addition is a welcome surprise, and also serves to make this decidedly “computer gaming peripheral” a universal mouse for use with pretty much any Bluetooth device. Better still, the mouse will also connect to any Aurora Logitech G USB receiver (and possibly any future receivers outside of the collection).

There is no denying how its premium cost to entry is a hard pill to swallow for most gamers, but those who do bite the bullet are in for a good time. The Logitech G705 feels incredible in-hand, and looks superb in its design. While some concessions had to be made for the compact and new design to be viable, the Logitech G705 is still one of the better gaming mice currently available. There are certainly other gaming mice of a similar calibre, which might be cheaper by comparison, but it can safely be said that none of those push the boundaries the same way the Aurora does.