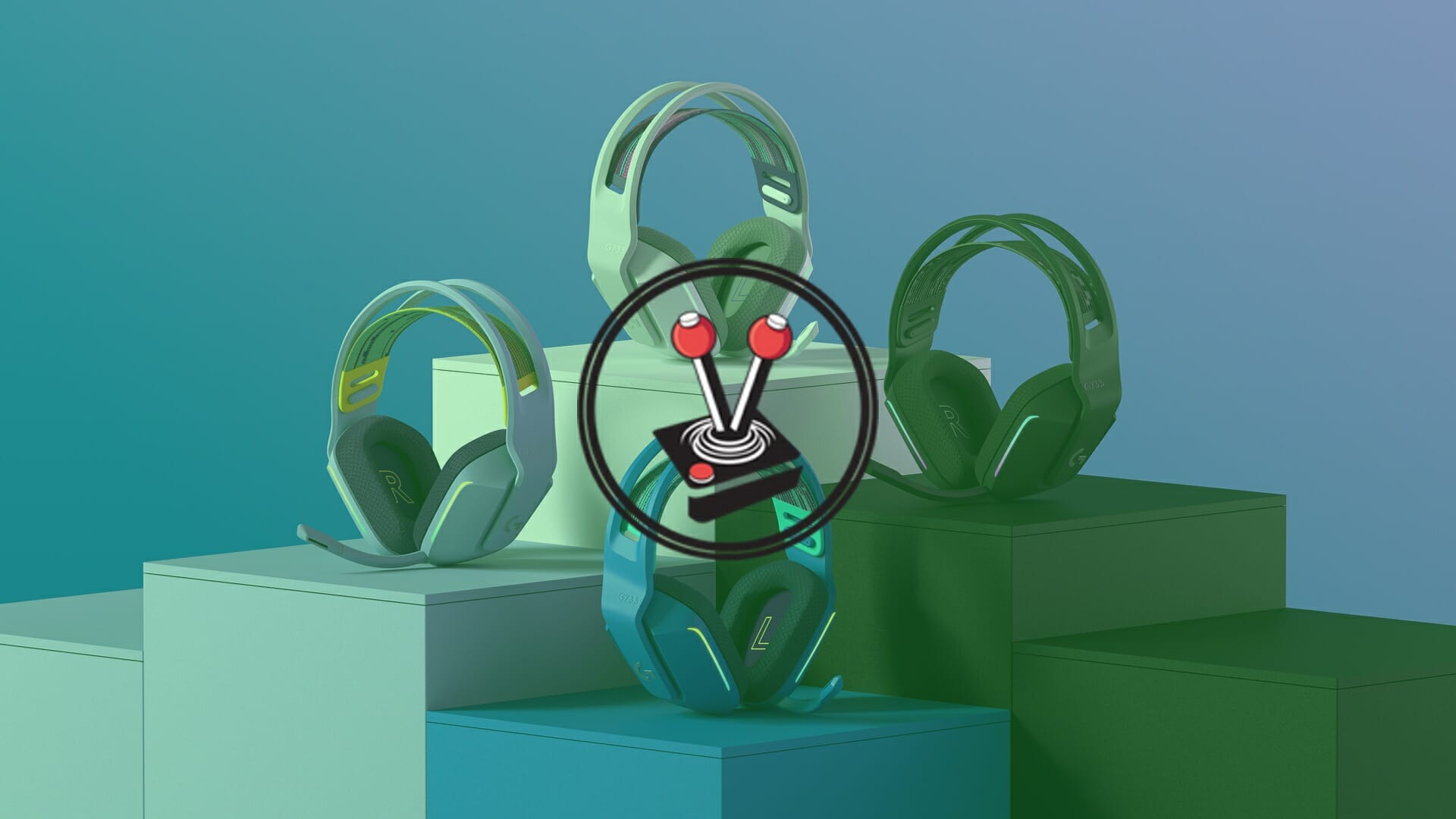 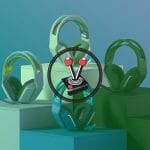 I am a firm believer of function over form. Even more so when headsets and headphones are able to look pleasant and sound great at the same time. This is a beautiful balance Logitech G mostly gets right. The now-discontinued Logitech G433 has been my daily driver for the better part of two years, and the Logitech G Pro X has proven time and again that Logitech G can compete with the best — I would even go so far as to say it stands up to what similarly priced audiophile headphones have to offer. It is not all sunshine and rainbows, however. Every so often, Logitech releases a product that just does not cut it. The Logitech G733 is one such headset.

Well-built, robust, and great performing headsets have infallibly been Logitech G’s forte. The Logitech G433 (now replaced by the sub-par G Pro), and the G Pro X are phenomenal headsets. In terms of Logitech G headsets like the G332, G432, and G935, they often have much louder bark than bite. With that said, it is easy to understand where all of these headsets fit into the roster. From the entry-level and budget-friendly G332 and G Pro, all the way up to the G935 and G Pro X, every headset fills a certain niche. The Logitech G733 Lightspeed, however, is an anomaly – it has no clear-cut rank, and does not replace any of the current offerings. It is a brand-new peripheral meant to fill a whole new type of gaming need, but has such a peculiar feature set that there is no conclusive way of determining the niche it has been designed for.

The single-most prevailing feature, and arguably its selling point, is the diverse collection of colours the Logitech G733 Lightspeed comes in; namely Blue, Lilac, White and Black (unit we received for review). All colours have unique head straps for extra comfort and sizing, as well as one RGB light bar on each earcup. The head strap features a “glitch” design, with each unit featuring contrasting colours on their respective straps. They pair nicely with the default Colour Wave RGB profile the light bars emit. The light bar is extremely easy on the eyes as well – it looks great and produces a diffused effect that is less harsh than the old-school RGB featured on the Logitech G935 and its smaller siblings. The diffuse effect also allows for the colours to blend beautifully as it passes through various shades and gradients.

The G733 Lightspeed is also exceptionally light and comfortable when worn. At just 278 g, it is surprising how sturdy the headset still feels and how solid it is to the touch; given how it consists almost entirely of hard plastic. The head strap is made out of a stretchy material, while the earpads consist of dual-layer memory foam covered in velour. The head strap can be removed and replaced with others and can be attached to either side of the headband’s belly. There are two tightness options, but the head strap is both solid yet stretchy enough to fit most heads comfortably; regardless of which level it is installed on. Where the headset is not comfortable in the slightest is in the depth of its earcups.

While I have never experienced any issues wearing Logitech headsets before, the G733 Lightspeed seems to be so different that even its ear cups are unusually designed. While the head strap ensures a comfortable rest and the earpads are nice and soft, the ear cups seem to be extremely shallow. My ears touch the inside of the cup! Ordinarily, this is not an issue with on-ear headsets or noise-cancelling headphones, but the ear cups in the Logitech G733 Lightspeed feature a texture on the inside that is, simply put, uncomfortable. Wearing the headset for the usual one or two-hour gaming session is dandy, going any longer, however, results in an extremely uncomfortable feeling on the top part of my ears.

As with other Logitech headsets, the G733 Lightspeed controls can be found on the left ear cup. Controls include a mute button, a volume wheel, and a power button. The headset’s USB-C charging port is situated on the bottom of the ear cup. The reason I explicitly mention that it is a USB-C charging port is simple: the headset is purely wireless and only uses the cable to charge. This means that the headset requires a USB dongle, which is included in the box, to be connected at all times if you want to use it. This is perhaps the strangest functionality of the headset. It not only limits its use to one or two platforms, but it also ensures it cannot be used while on the go (it has no 3.5mm or Bluetooth connectivity). Thankfully, the detachable mic connects on the front of the left ear cup and is easily removed. It must be noted that Logitech sells additional pop filters with funny shapes and bold colours in case you want to liven up your streams… or something.

In terms of how it sounds, the Logitech G733 does perform amicably. Passive sound isolation is pretty much non-existent, but that is not what this headset is about. It is a lightweight headset that lets you wander around your house (up to 20m) while listening to your teammates argue about who the imposter is, and it does so while being as light as possible. It offers Dolby DTS Headphone:X 2.0 with 7.1 surround sound virtualisation, and “Discord Certified Audio” performance. Each ear cup houses a 40mm “Pro-G” driver with a frequency response of 20 Hz to 20 kHz. It does sound good and maintains an accurate representation of sound with a mostly flat response line and slightly raised highs and lows. The “Discord Certified Audio” performance on the mic is both a hit and a miss, however. Considering the mic performs as excellently as you would expect from past Logitech offerings, it is difficult to grasp what being Discord certified means. With that said, the mic does a decent job, and is further enhanced by the Blue VO!CE software featured in the Logitech G Hub suite.

The Logitech G733 Lightspeed’s 20-meter range is exceptional, to say the least. As much as I disliked wearing the headset for longer than a couple of hours at most, I had no reason to take it off whenever I wanted to get up and grab a beer or make a coffee. This could have played a tremendous role in how much faster I noticed fatigue around my ears and the inside of the ear cups chafing me. Since it is an all-wireless headset, there is no way of operating it without the included USB-A dongle. The dongle itself is, unfortunately, quite intrusive. It sticks out like a sore thumb when plugged into the PlayStation 4, and looks weird when connected to a computer. While I could connect it neatly to the back of my computer, it only looked nice because it was black. The USB dongle you get in the box will resemble the colour of the headset, therefore be prepared to stick a bright blue dongle into your all-black or all-white entertainment system if you prefer the look of the blue headset.

Logitech’s G Hub software suite has matured immensely in the last year. What has been a bug-riddled melting pot of features has become a nicely presented set of menus and tabs. To get any advanced functionality out of the Logitech G733 Lightspeed, you will need to install the software suite. The toggle for Blue VO!CE filters and Dolby DTS Headphone:X 2.0 can be found in G Hub. Profiles for different games or programs can also be set, with advanced equaliser tabs for both the mic and the drivers. It also indicates how much charge is left before the headset needs a recharge. However, I recommend keeping it topped up as much as possible to have the battery last for as long as possible. Logitech G claims it will work for upwards of 29 hours without lighting, and 20 hours with. In my testing, I could go a few days before I got a loud warning about it needing a charge.

The Logitech G733 Lightspeed is genuinely a trendy-looking headset. The colour options are nice-to-have and its headband plus head strap design, coupled with soft memory foam pads, make it exceptionally comfortable when resting. The most fundamental issue with the G733 Lightspeed lies with how shallow the cups are. My ears permanently connected with the inside of the cups, which resulted in immense discomfort after a few hours with it. The mic is admirable, but nothing to write home about, while the surround sound virtualisation is on-par with the best Logitech has to offer. Ultimately the Logitech G733 Lightspeed has enough to keep it from falling to the wayside, but no magic. It is wireless only, which limits the headset to PC, MacOS and PS4. It is the third headset featuring the Blue VO!CE technology, which is a nice plus. The challenge, however, is figuring out exactly who the headset is for? With a suggested retail price of $129, it is baffling to imagine it competing with the similarly priced and far superior Logitech G Pro X.