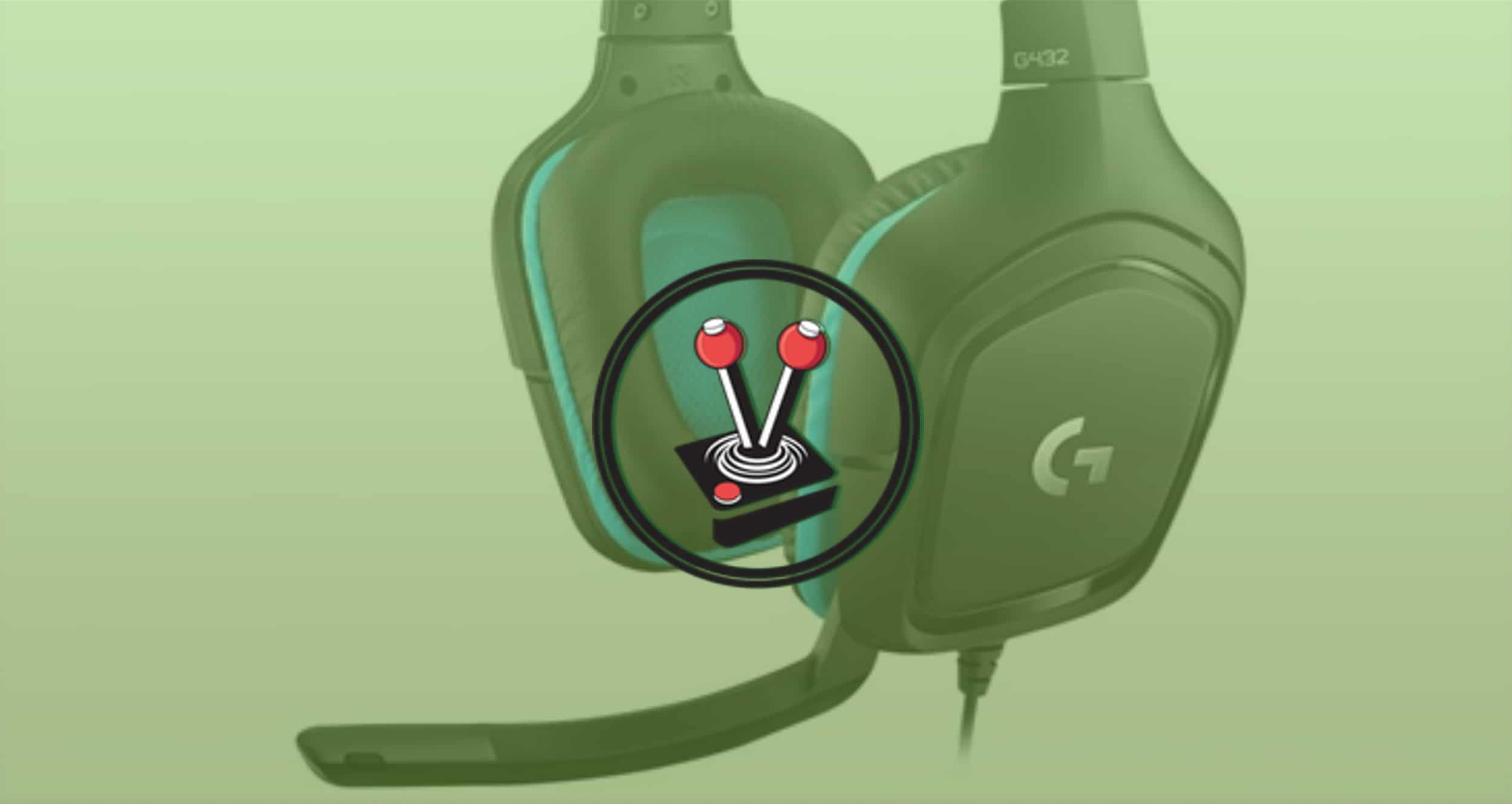 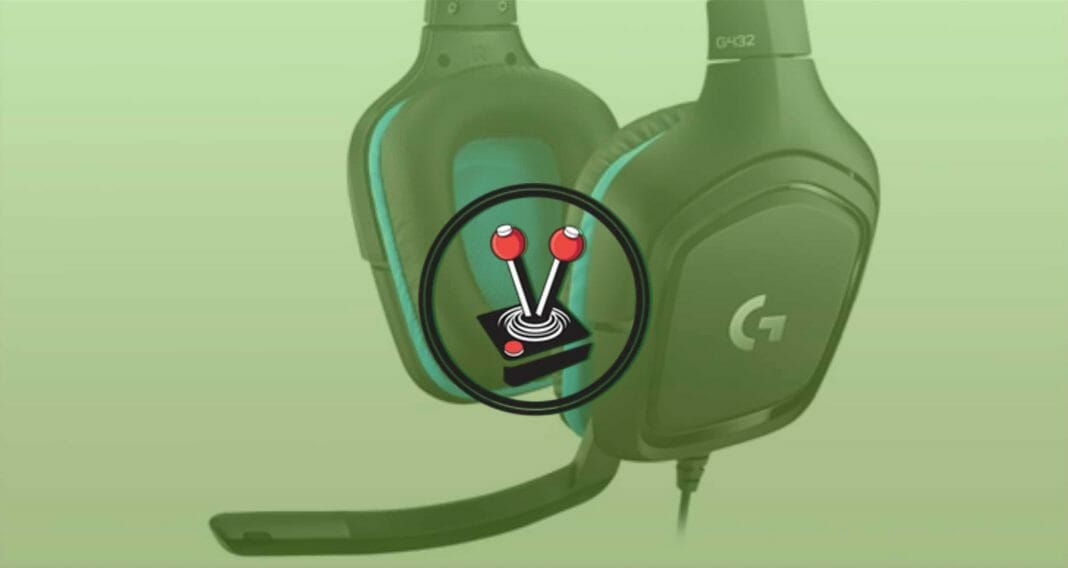 There is no denying that 2015’s Logitech G430 was an incredible headset. The G430 and its bigger brother were critically praised for their incredible quality over price. The Logitech G432, therefore, acts as the perfect (and frankly long-overdue) update to the G430. The problem, however, is that it features basically the exact same design as the G430. Whilst still nice looking, it feels very dated when compared to the likes of the Logitech G433.

Even with its four-year-old design, the Logitech G432 is still incredibly well-built. It is a marked improvement over its entry-level sibling and even goes up against the other mid-range heavy hitters in the category. With that said, I am torn. As good as it sounds, I cannot get myself to love it. In this Vamers Logitech G432 review, I go over exactly what it is that leads me feeling this way. 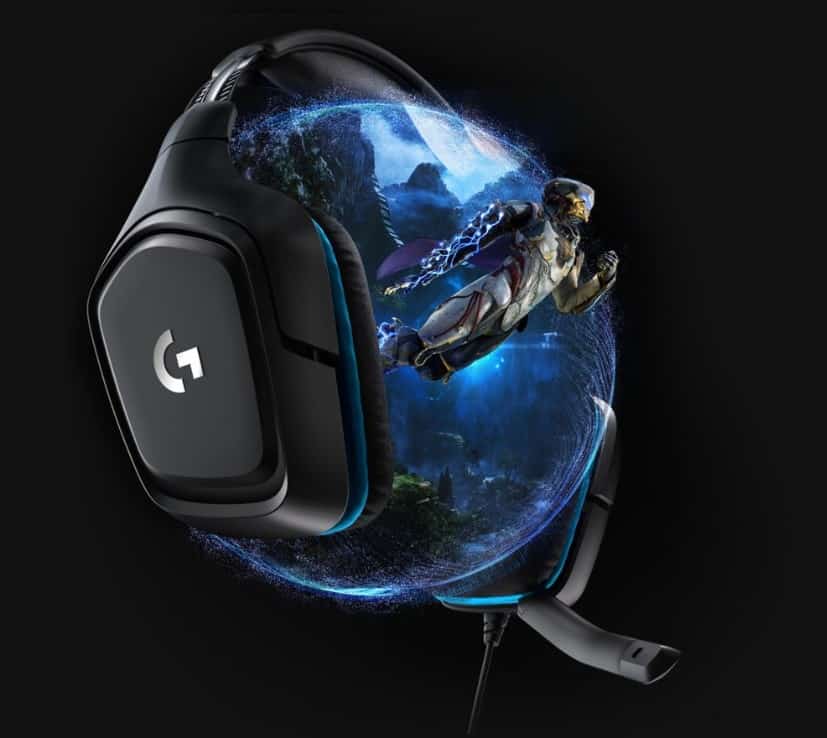 Just like the Logitech G332, the G432 gives the newly-updated (and much preferred) 2018-19 design language a skip. Instead of taking on the exceptional design of yesteryear’s Logitech G offerings, the G432 hearkens back to 2015 and practically mimics its predecessor to the T: sturdy plastic, light build, and bold blue streaks with a flexible plastic and steel band arching over the headband.

To be fair, it does improve on the G430 in quite a number of ways. The ear cups are polyurethane rather than foam, and the bold blue streaks are more reserved this time around. Falling in line with the more conservative Logitech G approach we all know and love. It also boasts a non-removable boom-mic that sits flush with the rest of the headset when not in use, and a very useful volume rocker on the back. 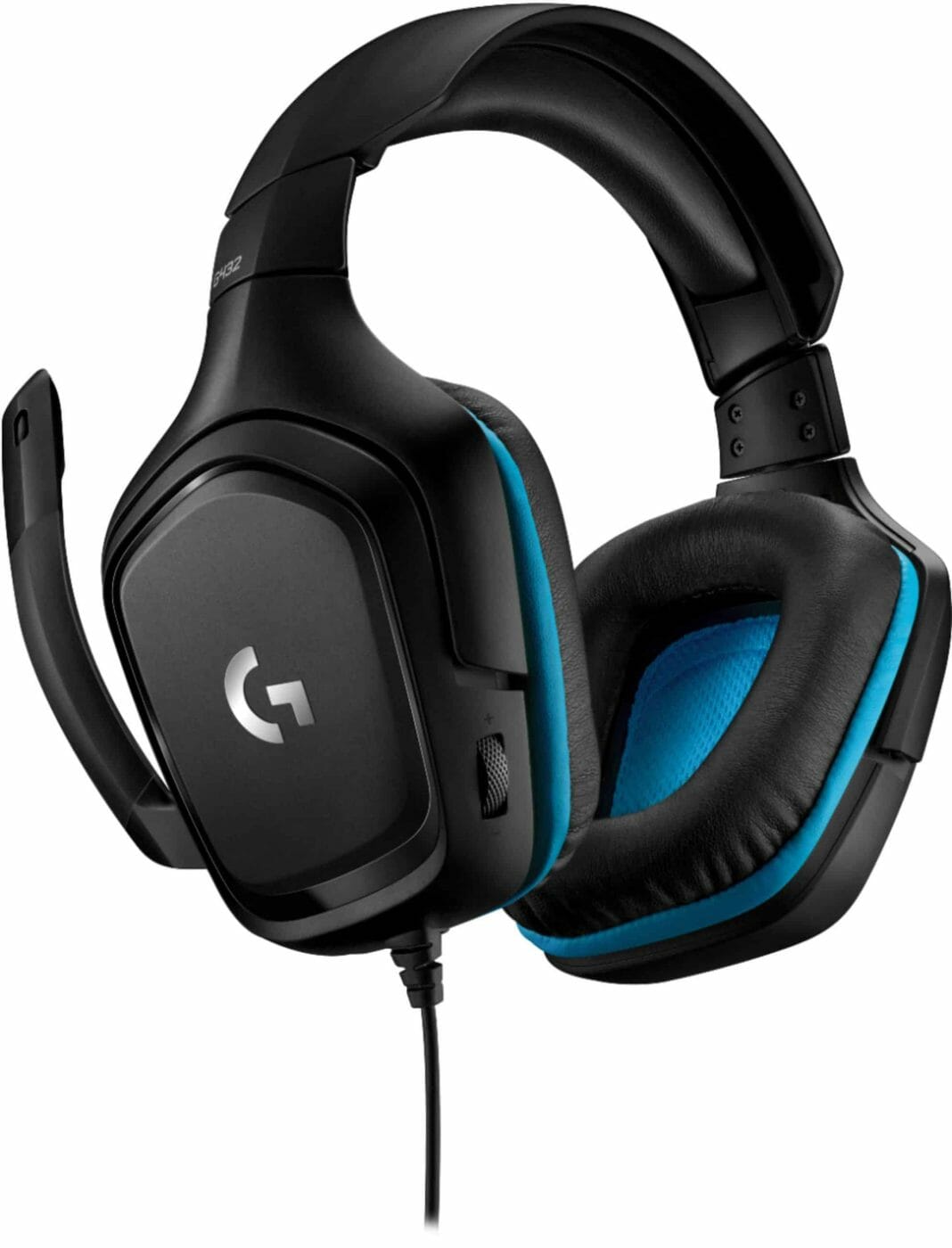 The Logitech G432 offers a comfortable enough design, but there are a few issues that kept cropping up. The most prominent being the incredibly tight fit offered by both ear cups as well as the headband. While a tight fit is nothing to complain about, and while it sits pleasantly on top of the head for the first hour or so of gaming, it gets incredibly uncomfortable very quickly.

Considering how they feature the exact same design, it may come as no surprise that the Logitech G432 feels just like the G332. Extended play sessions will always result in an uncomfortable feeling over the head, while the ear cups create a strange ‘sore’ sensation that you do not necessarily notice until removing the headset a good few hours later. The one redeeming factor about the ear cups is their polyurethane design. The sheer tightness of the headset results in pretty good isolation thanks to the flexibility of the material. It must also be mentioned that they do, at the very least, feel soft to the touch and keep your ears cool while gaming. 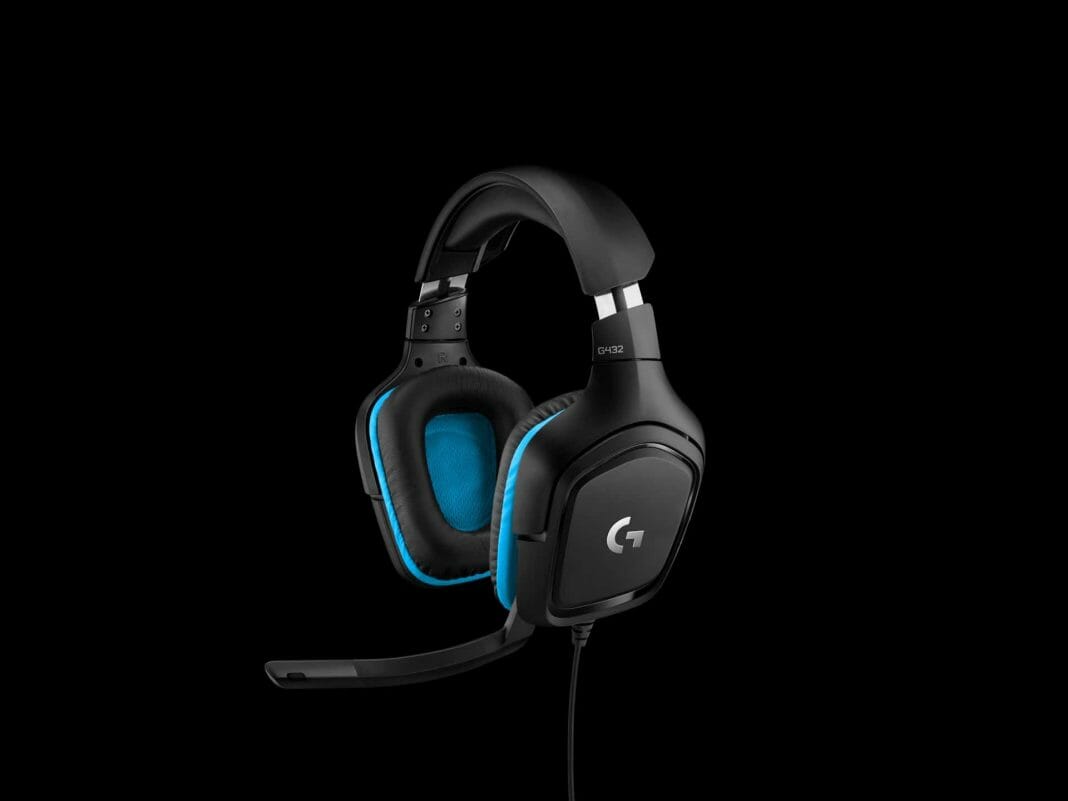 Connectivity is also a huge aspect of the G432. While the entry-level model featured a primarily plug-and-play design, the G432 offers better variety. It features a 3.5mm connection for anyone who cannot be bothered with the extra setup. However, it also comes with a USB adapter similar to the Logitech G433. The USB adapter allows advanced setup for the 7.1 Dolby DTS: headphone X capabilities of the headset.

The Logitech G432 is a decent headset that improves upon 2015’s G430. However, it somehow fails to stand up to modern-day equivalents. Granted, considering the naming convention Logitech went with on this one, it might make sense that the G432 is better than the G430, but not better than year’s exceptional Logitech G433. It is a step forward where it matters most, but it remains at a standstill for everything else. 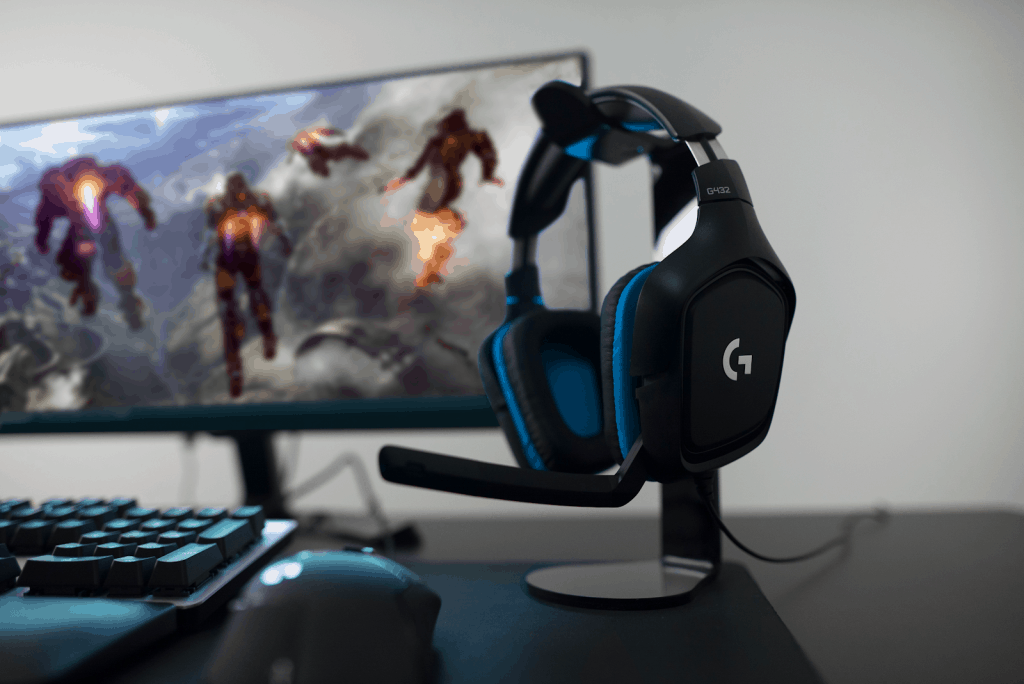 I lauded the familiarity I got from the Logitech G332. I loved how it just worked, regardless of the device it was used on, or what software I had running at the same time. However, if the possibility exists for an improved sound experience, why would you not do anything in your power to use it? Hence my immense gratitude when I learnt that the Logitech G432 came with a USB adapter in the box.

My current daily driver is the Logitech G433. It is a step up from the G Pro Gaming Headset (a headset that I compared with the G332), and a bold new step in the direction that I think Logitech should keep going. The USB adapter included with the G432 works as an advanced Digital-to-Analog Converter (DAC), powered by the computer. 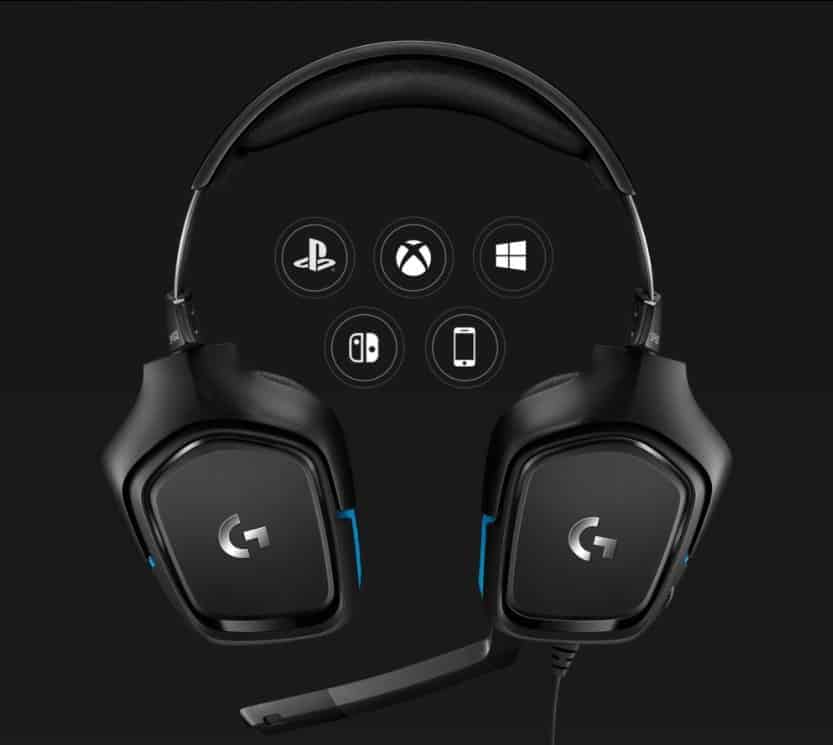 When connected to a computer, the USB adapter allows for the headset’s true capabilities to shine. While each ear cup features just a single driver, Logitech G has fine-tuned them to offer impeccable virtualisation by way of Dolby DTS: headphone X 2.0. If that is not your style, the USB adapter also allows you to switch headset profiles. So you can use Logitech Signature Studio mix, or just plain ol’ stereo instead. You do this by installing the proprietary Logitech software.

The Logitech G432 is a 2019 product. As such, Logitech has strangely decided to do away with their tried and true Logitech Gaming Software (LGS) in favour of their still in-early-access Logitech G-Hub software. The company states that all Logitech products from 2019 onward, will make use of G-Hub exclusively. The software has been riddled with bugs since launch. While that is to be expected from early access software, I find it very unusual that Logitech would force users into downloading it for, what is potentially, a single device. With that said, I was fortunate that the bugs I did encounter this time around, had nothing to do with the headset. 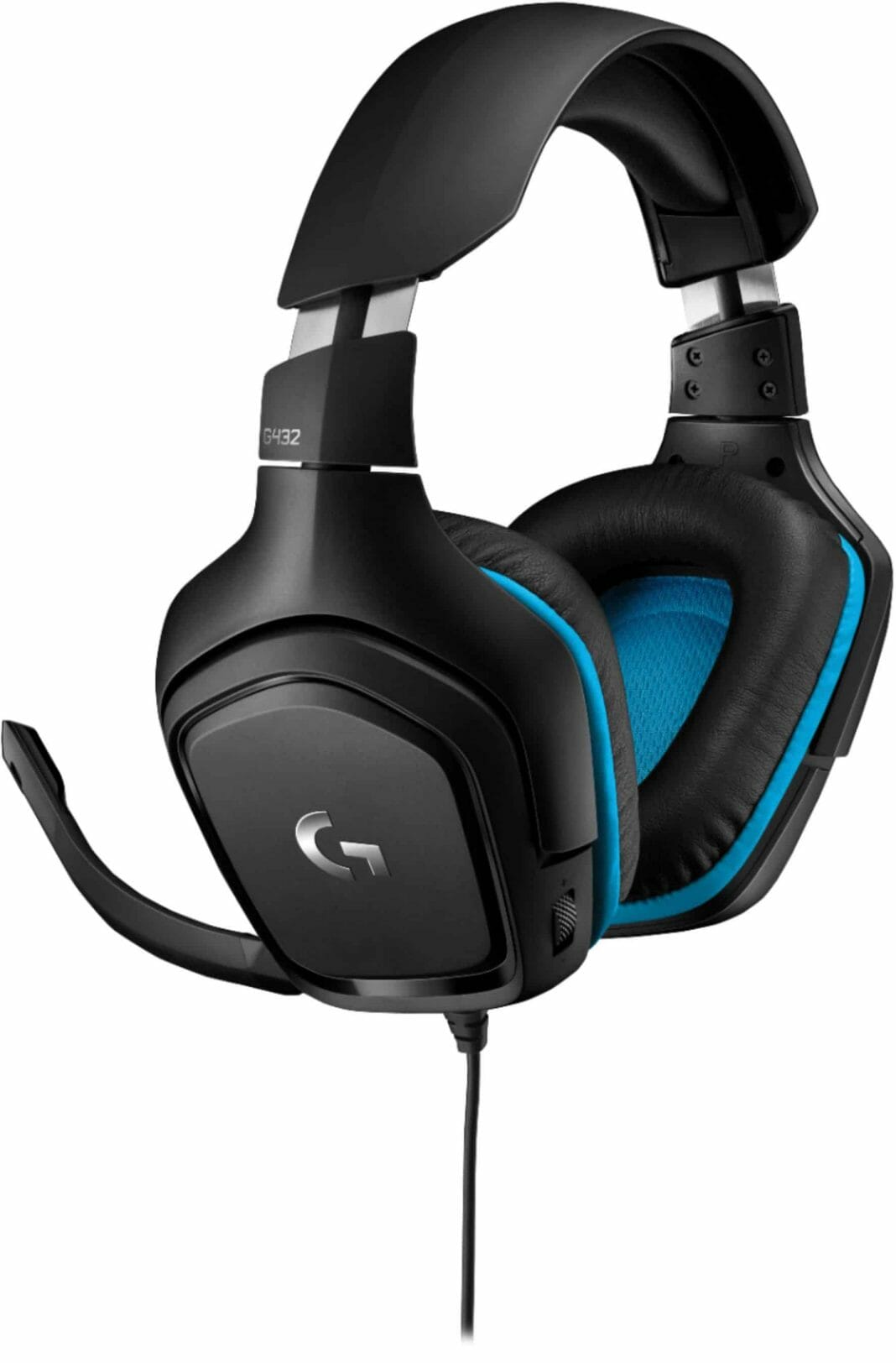 My reservations about the software aside, it does allow for extensive tweaking and mixing. By way of the Logitech G-Hub, you can create profiles for every game you play. Additionally, you can switch out the surround capability to just stereo if you desire. This especially came in handy where games have their own mixes that take advantage of single audio drivers (such as PlayerUnknown’s Battlegrounds). However, when I did switch the DTS:X 2.0 functionality on, I was met with incredible sound quality. I tested this aspect of the headset with games such as Monster Hunter: World, Apex Legends, and Call of Duty: Black Ops 4.

While the headset shines on PC, I also used it on Xbox One and with an iPad. On Xbox One, the headset does not work with the USB adapter included in the box. However, Microsoft  Windows Sonic offers exceptional virtualisation that rivals even Dolby Atmos. I used this to experience surround sound on the console, and it still sounded great. A friend of mine, however, very much prefer the Dolby Atmos virtualisation instead. The point is that, at least on Xbox, users can have either one without using the advanced USB DAC, and still experience great virtualisation. On iPad, the headset could be used in stereo mode only, which is fine, considering I only ever listen to music, podcasts, or watch YouTube videos on it anyway.

Beyond audio output, the headset also features a boom mic. It delivers surprisingly clear audio. The pop filter manages to diffuse any harsh popping sounds, while the noise cancellation sounds decidedly better than on the G332. It sounds pretty much exactly like the G433 mic, except a tiny bit clearer. 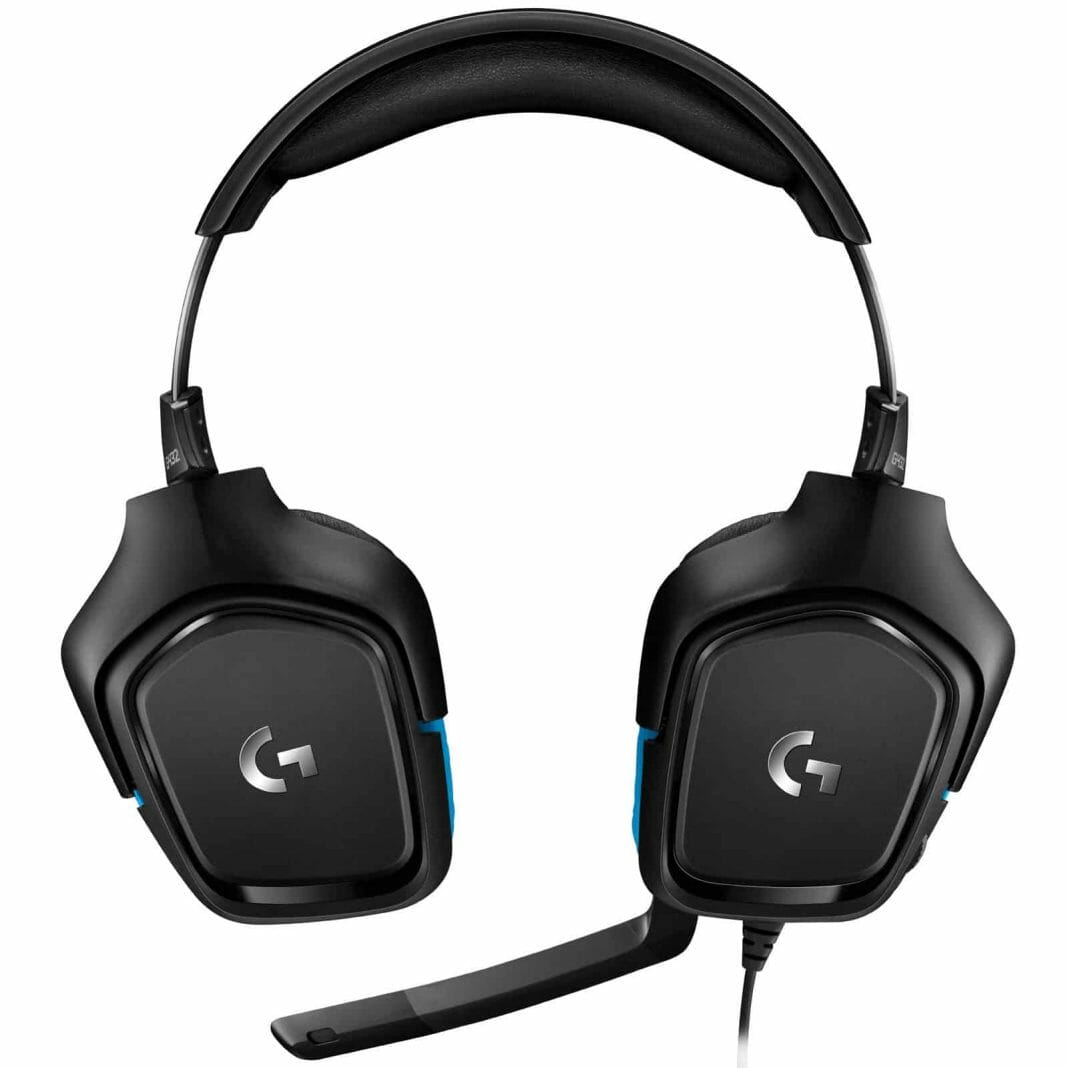 One would think that, after four years, Logitech would do away with their 2015 designs. For the most part, this is true. New design improvements have been featured in the likes of the Logitech G635 and G935 headsets, and even last year’s incredible G433 and G533 headsets. Alas, these new designs have been placed aside for the G432. Instead, they went back to their age-old, albeit high-end, design featured in the G930 and G430 headsets, and tweaked it just enough to feel new. I dislike the fact that they did that, especially since it impacts the comfort of the headset.

Design aside, I have to mention that the price is, at the very least, much better than that of its smaller sibling. The headset comes with a recommended retail price of around R1 200 ZAR. This is not bad, considering its mid-to-high tier design. However, it still does not hold up to the incredible G433, which you can now get for about R500 less.

The Logitech G432 is very much a safe play for Logitech. It features great audio quality that is, unfortunately, packaged in a 2015 design. One that includes the same discomforts of earlier headsets. Despite this, it has a favourable price that includes USB connectivity for virtualised surround sound. Overall, it is a decent mid-tier headset let down by poor design.