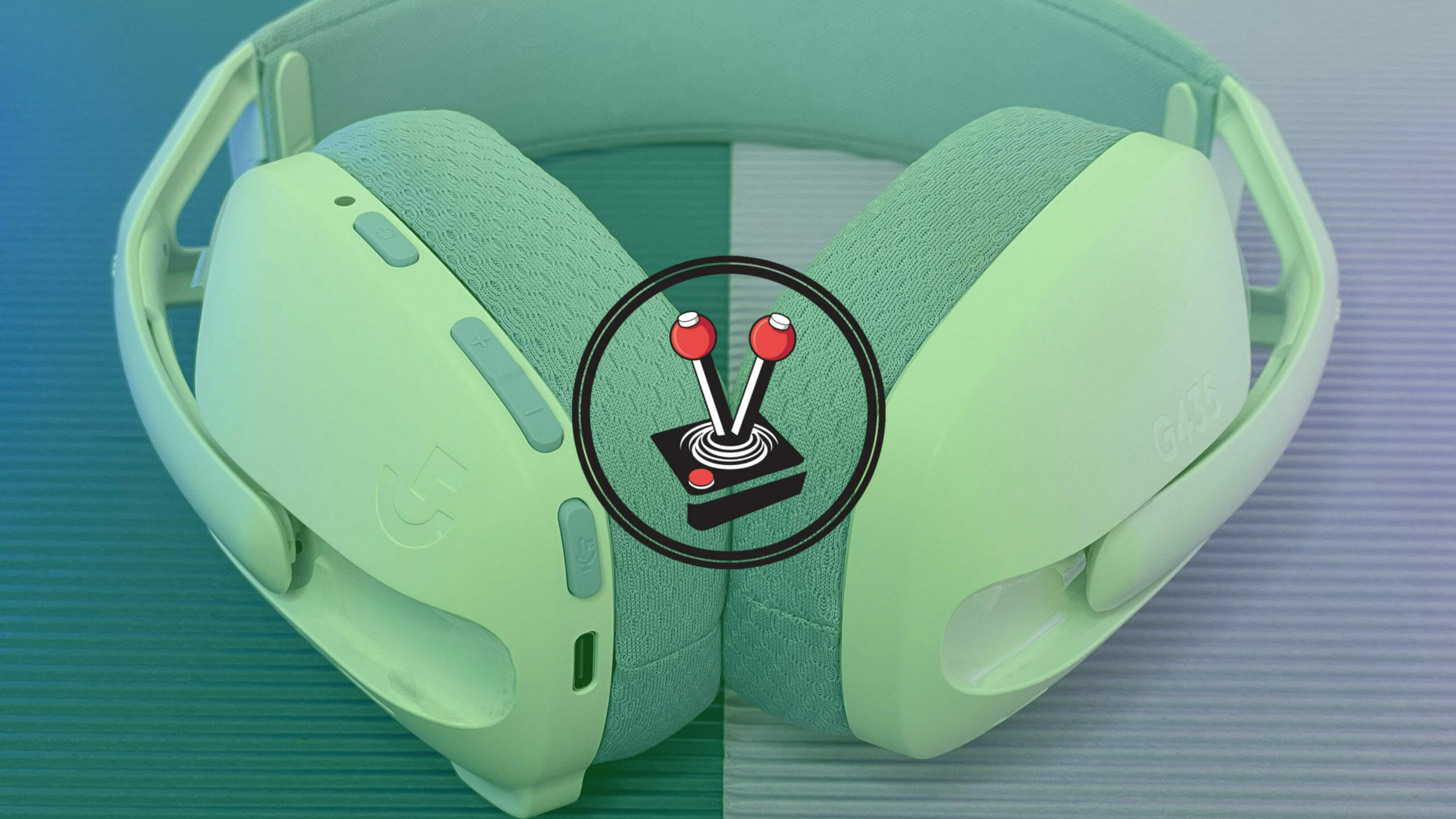 Logitech G continues to hold the crown of being considered a premium brand in gaming peripherals. Whether gaming mice, keyboards, or even steering wheels; the company hardly ever disappoints. Gaming headsets, however, have been a little hit and miss for the brand over the past few years. With that said, Logitech G provides enough variety to keep them from falling from the top spot. The latest addition to the G-lineup is the Logitech G435 Lightspeed – a lightweight, affordable, and truly wireless entry-level headset.

On average, consumers would be hard-pressed to spend any less than around $100 USD on Logitech G headsets (under ZAR R1500). This is because the company is, by far, one of the more trustworthy brands when it comes to build quality and delivery. With that said, the entry level market is one ripe for the picking in terms of the Logitech G brand, and this appears to be exactly where the Logitech G435 Lightspeed fits in. Even more so when one considers how this entry-level headset sets itself apart from the competition by being available in three variations, connecting completely wirelessly, and features unprecedented multi-platform support via the included Logitech G Lightspeed dongle.

The Logitech G435 Lightspeed is a beautiful little headset, and clearly takes design cues from the Lightspeed G733 Lightspeed. There are lots of colours to go around, with mega comfortable mesh fabric all around, and a decidedly plastic frame to round off its base functionality as an entry-level device. With that said, the headset is also wholly different in its overall design, with a much smaller and slightly more angled fit. It is currently advertised as “made for smaller to medium” heads, but I am fairly certain it will fit most people [it even fits Hans – our 6’5″ Thor wannabe].

Aesthetically, the ear cups are the same colour as the mesh headrest, and consist of an extremely soft fabric that feels sturdy, yet sits comfortably. The only complaint is how unashamedly cheap the build feels overall. The plastic is not brushed as you would expect from Logitech G headsets, and the rail design of the ear cups is easily manipulated. If Logitech G had made them just a tad tighter, the entire feel of the headset would have been different – perhaps more premium-feeling.

Thanks to its angled design, the Logitech G435 Lightspeed fits comfortably and hardly ever deviates from its position – thanks to its decent clamping force. As with the Lightspeed G733, the G435 houses all of its buttons on the left ear cup. Owners can expect a fairly tactile power button, an obvious volume up and down rocker, and a mute button for the microphone (more on this below). It is a fairly standard affair at first glance, with the only exception being its obvious lack of a boom microphone.

Microphones have never been one of Logitech G’s strongest suites. Their headsets are wonderful, most of the time, and can stand up to the likes of Sennheiser when they need to. However, Logitech G obviously wants the Logitech G435 to be more than just another entry-level headset. They wanted this one to also be the inaugural headset for the company’s brand-new proprietary beam-forming technology.

With the above in mind, the headset features a two-beam design. This dual microphone setup aims to eliminate background noise, but only really reduces some of it. While they do an incredible job at creating a tight polar pattern around the mouth, a lot of background noise does filter through. Unfortunately, there is another issue with this design. In a rather baffling turn of events, the beam formed mics counter-productively pick up chat audio from the headset’s drivers. Among the many multiplayer sessions used to test the device, there were constant complaints from team members about how they could either hear themselves or the game. This only occurred when using the Logitech G435, and is definitely something Logitech needs to look into. As a result the overall mic experience is only serviceable, at best.

What the headset lacks in terms of audio delivery, it most definitely makes up for in listening quality. While the ear cups are definitive causes for concern (they have zero passive isolation), the 40mm drivers installed in each cup are tuned well enough to sound like the premium brand Logitech G is known for. As always, Logitech G drivers tend to sound extremely sparkly at the high end, with a whole lot of emphasised lows, while the mids are conservative to flat at best. This creates a distinct lack of “fullness”, which tends to make users want to crank the volume all the way up for the desired effects during media consumption. Gaming, however, seems to favour drivers tuned this way – with the likes of PUBG: Battlegrounds sounding great.

Strangely enough, the Logitech G435 Lightspeed comes with no way of accessing the company’s proprietary gaming software suite. Therefore, whatever equalisation users want to use will need to be done at either the root-level (Third-party EQ software) or user level (using mixers and Headphone Amps) for the desired output. It must be mentioned how it does play very nicely with both DTS: headphoneX, and Windows Sonic. The former virtualisation software sounds good enough and is considered the “premium” virtualisation available on default Windows 10 installations, while the latter comes pre-installed and available for free on the platform. In terms of sound quality, the Logitech G345 is wonderful enough to pass as an entry-level device. Sound here is not the end goal for anyone, and neither should it be for a $75 USD (ZAR R1500) headset. Thus making the G435 a perfect middle-ground for casual media or gaming consumption – with the latter obviously providing the better use case scenario.

Part of what gives the Logitech G435 Lightspeed its “Lightspeed” moniker is the included dongle. It connects to any Windows computer, Mac, or PlayStation console by way of a proprietary 2.4GHz signal. When users want an easier plug-and-play experience without the dongles, however, the headset also allows for low latency Bluetooth (Bluetooth 5.0) connectivity to the likes of Nintendo Switch, Mobile devices, and even Bluetooth-enabled Windows laptops and MacBooks. This platform-agnostic approach is a clear winner in my book. I would personally have preferred the dongle be useable on Xbox as well, but for some reason this option is excluded. Whatever the case, having the option to keep the headset on, while flipping through devices depending on the situation, is an absolute win.

Another preferred way of connection (and one that would have bypassed the Xbox limitation) could have been a basic wired connection. Alas, the only wire involved with the Logitech G435 is a USB-C cable for charging [and only, charging]. The battery is rated at 18 hours of continuous play, and I am happy to report that it at least felt like that, if not more. I charged the headset twice during the two week review period, whereby it was used for a minimum of 3 hours a night, every night. This equals more than 20 hours a week with a single charge. Superb, in all honesty.

Logitech G tends to surpass expectations. While the Logitech G435 Lightspeed breaks that tradition, it still delivers an impactful, yet average sound profile. It is perfectly entry-level by all counts and fits the bill almost perfectly from a price versus value/features perspective. While the company’s first-ever beamforming technology does needs work, it works well enough. Given the entry-level nature of the device, the build quality does leave a bit to be desired. Especially given how the company has released cheaper and better-built headsets in the past. Even so, the Logitech G435 is elevated above the competition by being truly wireless – something of a rarity among entry-level headsets. Overall, the Logitech G435 Lightspeed is a pretty average entry-level headset that borders on being remarkable with some category defining features.