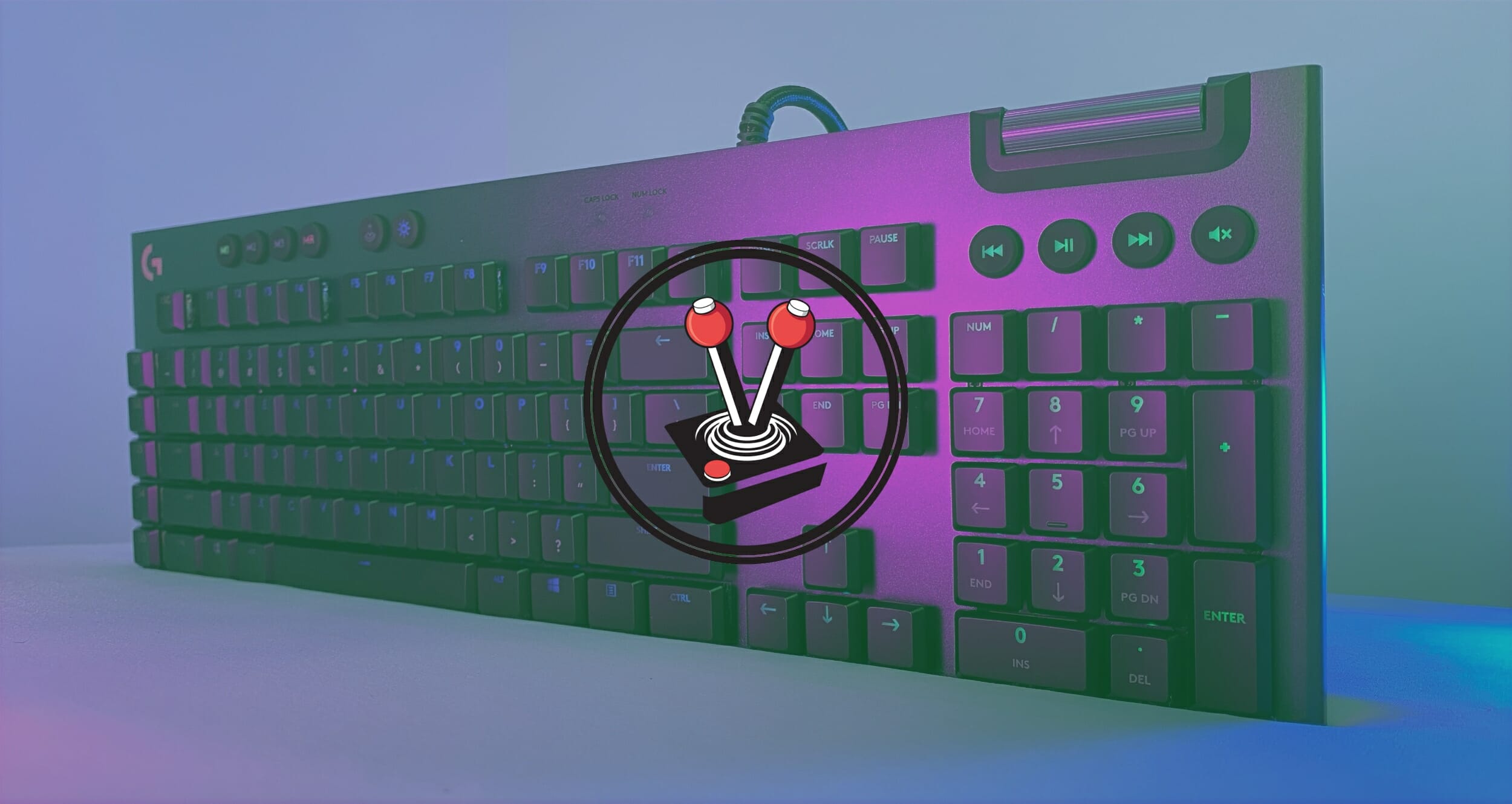 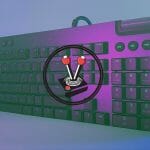 For a long time, Logitech created conservative and industrial-looking hardware that was strong and robust. There was a certain beauty in this approach. For the most part, products featured simple and effective designs, and were not overblown with “fanciful” RGB features and other unnecessary additions. Of course, the company has had to change with the times. Hence why in recent years, the company has branched out and evolved its gaming brand to be more “relevant”. As a result, the Logitech G line of products has adopted the “futuristic” designs and gamey fads made popular by other manufacturers. Fortunately, the company has still stuck to some of its traditional design roots. As such, there are several peripherals that feature the conservative “form-over-function” design while still embracing the “RGB-all-the-things” mantra of the gaming world. The latest product to grace this lineup is a beauty known as the Logitech G815 keyboard.

Despite the company’s slow adoption rate of many of the gaming “features” that seem to be a natural part of gaming culture today, Logitech keyboards have always been a big hit with gamers. While keyboards such as the Logitech G410 and G910 introduce full-on RGB and weird designs, keyboards like the Pro and G512 remain steadfast in their blocky designs. With the introduction of the Logitech G815, the company is ready to show the world how this traditionalist-meets-simple-modern-design company can still produce incredibly functional, yet feature packed, gaming keyboards.

While Logitech is largely known for its conservative, yet highly functional design language, the company has attempted to explore other avenues of design with the occasional gaming keyboard. The G815, however, is a masterpiece of design – it effectively showcases what Logitech does best, and it does so flawlessly.

Right out of the box, you are met with a solid metal and hard plastic design. At first glance, it almost seems like this mechanical keyboard is installed with laptop keys. While that is technically the case, Logitech calls them GL Switches – low-profile keys meant to mimic the low-profile style of laptops and Bluetooth keyboards. Despite the design, these keys have the same incredible feedback of standard mechanical switches, such as the Logitech G Romer and Cherry MX switches. I will delve deeper into the new switches below.

The rest of the keyboard features a sleek and brushed metal aesthetic all over its aluminium-magnesium alloy face. It also features a hard-plastic bottom, which houses a set of feet that can be set at different levels for the perfect elevation.

As beautiful as the keyboard is, I must mention that it is wired with a fancy braided cable. The cable itself is a nice and thick cable that carries enough power and data. So much so, that it allows for an additional USB device to be connected to it. The USB throughput only works when you plug both ends of the cable into your machine, however. I found the USB passthrough particularly useful and convenient for charging devices or getting removable storage plugged in and out in a manner of seconds.

I love tenkeyless keyboards. There is something about their size and stature that makes workspaces feel less encumbered and free. When I first put the G815 on my desk, I was struck by just how long the keyboard is! However, when measured against other full-featured keyboards, it comes in a marginally shorter thanks to its low-profile design. It also helps that it is one of the flattest and thinnest non-membrane keyboards I have ever used. On my desk, it ultimately took up a heck of a lot of space, sure, but its design made it extremely comfortable to use, even in scenarios where space was limited.

Music to any writer’s ears

The long and short of the Logitech G815 is that it features a whole new implementation of mechanical switches. Logitech began their mechanical venture with the Romer G switches, and recently moved on to GX + Romer switches – switches that brought back the traditional Cherry MX feel, but with that extra Logitech touch. The Logitech G815, however, features a brand-new variant: GL Switches. These are new, low-profile switches that have the same feel of the GX switches, but at half the height. They are strong and sturdy, with a brand-new design that I have never seen in a mechanical switch. They also feel absolutely incredible to the touch.

As with most mechanical switches, the GL switches also come in three variants: GL Linear, which is akin to “stealth” switches of the past. These do not feature any tactile feedback and feature smooth keystrokes from the top to the bottom. They have a linear flow. GL Clicky, on the other hand, features a hefty tactile bump and a loud “click” that hearkens back to typing machines and older Cherry MX Blue switches. GL Tactile, however, acts as the best of both worlds for these switches. These feature a tiny tactile bump midway through the keystroke. However, they do not have a loud emphasised click that some users may like.

Of the three, Vamers was fortunate enough to try out both the GL Clicky and GL Linear keys – the two extremes. Personally, I ended up loving the GL Clicky switches. Not only do they feel incredible to press, but they also feature nice and instantly gratifying feedback that will undoubtedly be music to any writer’s ears. Most gamers, however, might gravitate toward the GL Linear switches, simply because they have easier accentuation.

Not all sunshine and roses

Unfortunately, with all the good things there must inevitably be some bad, right? I suppose so! Since its inception, I have been incredibly hard on Logitech G Hub, the company’s newest gaming software. This is largely because of Logitech G’s insistence that new (post-2019) hardware will only work with G Hub, and not be compatible with their long-standing and exceptionally built, Logitech Gaming Software (LGS). While incredibly dated, there is no denying that LGS is superior to G Hub in almost every way. Alas, the Logitech G815 cements the fact that we are never going back to it.

To its credit, Logitech G Hub has received many improvements as of late – enough improvements, fortunately, for it to be a formidable contender against the likes of Razer Synapse and others. Plugging the G815 into my PC was a matter of downloading a quick driver, and allocating the correct artwork. From there, I merely had to jump around, and click from my G410 to the G815, and G Hub already had my profiles synched up. This was a nice touch.

Another nice touch was how the Logitech G815 immediately gave me the option to synch my lighting profiles with it as well. The Logitech G815 is a Lightsync device, which means that I can synch its RGB lighting with that of my mouse, my other keyboard, and even other Logitech headsets and speakers. This allows you to unify your setup in such a way that it all just works every time you boot the computer up.

While you can record macros and shortcuts straight from the keyboard (by using the M-, and MR round switches), you can do so via G Hub as well. For any given profile, The Logitech G815 allows you to store up to fifteen marcos and/or shortcuts, through three different sets of five macro keys. Most of the games I play hardly have any macros saved since I am too skittish to use macros in highly competitive or massively multiplayer games. However, I did use the macro keys to conveniently open and/or close multiple menus, perform social actions, and even managed to automate crafting during hunts in Monster Hunter: World.

There is no denying that the Logitech G815 is an incredible keyboard. With a recommended retail pricing of R3 000, however, I would think that being “incredible” is a given.

When it comes to looks, the Logitech G815 is an absolute banger with its sleek brushed aesthetic, hybrid metal shell and hard plastic belly. It has just enough media keys to keep you from getting confused or worried about which combination of buttons to press to pause a song; and a fair bit of macro keys and preset switches that give you all the customisability in the world.

While Logitech G Hub is not the best software Logitech G has ever released, I will admit that the software has made decent strides in recent months. So much so, that it felt natural to connect the G815 to the computer, and have G Hub do most of the work for me – a definite plus.

I will admit that the keyboard may be a bit pricey, but this has admittedly always been Logitech’s way. For entire decades, I have splurged on their products, and have never been let down. Build quality and convenience have such a high bar, that I cannot fathom moving away from Logitech anytime soon. While I am happy with my current keyboard (a Logitech G410), I will gladly save up for the G815 when it is time to upgrade my peripherals.