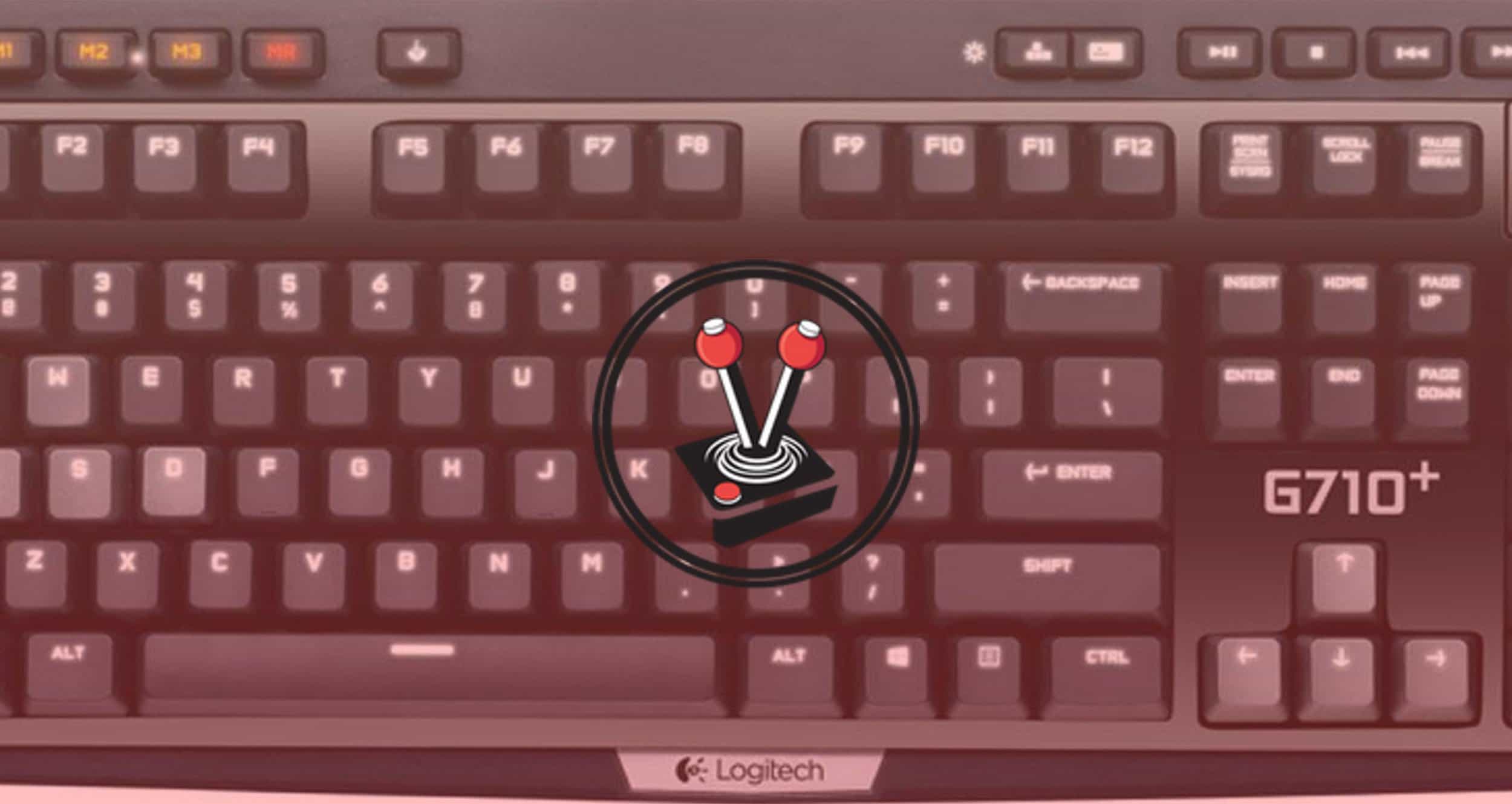 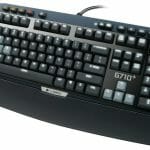 Logitech has long been one of the “poster boys” of the PC market with its fantastic workstation peripherals and top-tier PC gaming accessories. However, where the company often fell short was in the gaming enthusiast category.

Apart from one or two gaming mice and keyboards, Logitech’s very own “G” brand of gaming products always seemed to lag behind the competition. Thankfully a surprise awaits with the G710+ keyboard, which has quickly become one of the forerunners in the foray of gaming keyboards.

The G710+ is Logitech’s first fully-mechanical keyboard and touts a truly aggressive and angular design, which is complemented with both matte and smooth reflective surfaces.

The G15 is, without a doubt, still one of the best non-mechanical gaming keyboards that I have had the pleasure of using. Over the last few months, however, I made the switch to the G710+, and what an experience it has been.

Straight out of the box, the most notable difference between the G710+ and its more popular, older cousin, the G15, is the distinct lack of orange. Aside from the orange plate around the “G-keys”, there is absolutely no reference back to the keyboard that kickstarted the G-series to life. The G710+ has also lost the LCD panel-readout that both the G15 and the G19 sport, but this is most likely a result of the rather expensive Cherry MX Switches.

The Logitech G710+ comes standard with Cherry MX Brown switches, which are relatively more quiet than its “clicky” blue counterparts, yet a lot more tactile and noisy than the popular Cherry MX Red and Black switches most commonly found in other mechanical keyboards. The keyboard also sports dampening rings for the Brown switches, which removes a lot of the “hollowness” that is typically associated with Brown keys. However, even with the dampeners, the claim that the keyboard is “whisper quiet” is not entirely true as I found the keys to still be quite loud in comparison to the Black or Red switches found on the Razer Blackwidow and the Genius Manticore.

Speaking of the keys, I found them to be a lot more cramped together on the G710+ when compared to other mechanical keyboards like the Blackwidow, yet I still managed to type without fault. All keys are backlit by white LEDs that cover the entirety of the board, which can be adjusted via two non-mechanical buttons. There are a total of five brightness presets for either button, which handles the WASD and arrow-keys, and the rest of the keys on the board respectively. The brightness of the LEDs range from excruciatingly and painfully bright, to just-right, and even lower, catering for just about any lighting situation.

The keyboard features six programmable “G” keys with 3 different macros each which can be switched on the fly via three Macro keys at the top of the keyboard. The Macros can be recorded onto the keys via the “MR” (Macro Record) key, or can be set via the bundled Logitech software. If you already own any other Logitech gaming device, you do not need to reinstall the bundled software because the software is intelligent enough to adapt to the different Logitech peripherals that you have connected to the PC in question — a nifty little feature that works with little to no effort on the end-user’s part. 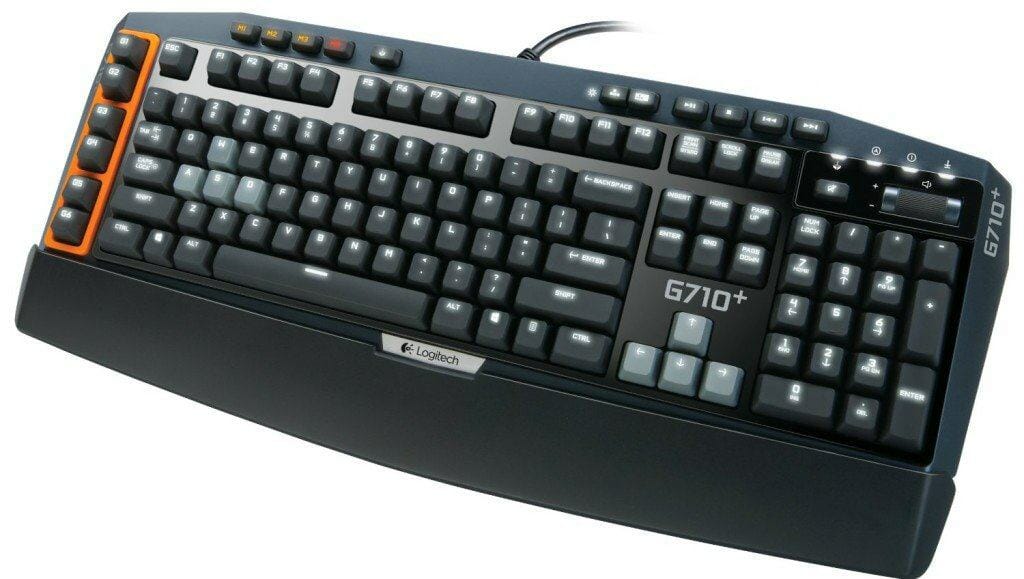 The G710+ also has a row of dedicated media-player control keys; namely the stock standard Play, Stop and Pause buttons, but it also features Skip Forward, and Skip Back, and a mute button as well as a roller for volume control.

As with the G15, the G710+ comes with a “gaming” button. This button disables the Window keys for an easier keyboard-handling experience while you are gaming.

Connectivity is where a lot of people like to hate on the G710+. The keyboard has a very thick cable, connected via USB to your PC. This non-braided cable is slightly outdated and makes for hard-to-manage cable management. It can also take up two USB slots in the back of your PC depending on if you would like to use the USB 2.0 passthrough on the back of the keyboard. Now, where a lot of people dislike the cable, I quite like it. Its thickness can get in the way of cable management, but to me the cable is never seen anyway, so why worry?

Coming from the G15, I have been skeptical on this purchase. With no LCD panel, and a more “professional” aesthetic compared to other mechanical keyboards it would seem like a completely different beast.

The G710+ is not made to fit in with the “rest of the guys”. It is not made to compete against the Razer Blackwidow or the Genius Manticore. It’s Cherry MX Brown keys aren’t the norm for gaming keyboards, yet they work. Logitech is all about durability and build quality, and it clearly shows in the G710+. Great build quality coupled with a muscular look and feel and good feedback from the keys that you are pressing, makes the G710+ a perfect keyboard for anyone who likes to type as much as he or she likes to game. It is a good all-round keyboard which covers all bases, albeit not perfectly, but still a hell of a lot better than some keyboards out there.