The online multiplayer video game boom has been great, but it has had one very small yet annoyingly impactful change: the loss of ‘offline’ multiplayer.

Since the early 80, through to the middle 00s, most video games have had a mode that allows more than two people to play the same game, normally via a method known as ‘split-screen’ gaming.

Sadly, split-screen local co-operative play has slowly been removed from games over the years to be replaced with full-screen online play. Effectively meaning that gamers can no longer play together in the same room using only a single copy of the game, on one television set and games console.

The progressive change from co-operative split-screen  multiplayer to online multiplayer gaming has been illustrated perfectly by the latest webcomic from Narcolepsy Incorporated below.

Do you miss split-screen gaming with your friends or is online gaming better than sliced bread? Let us know in the comments. 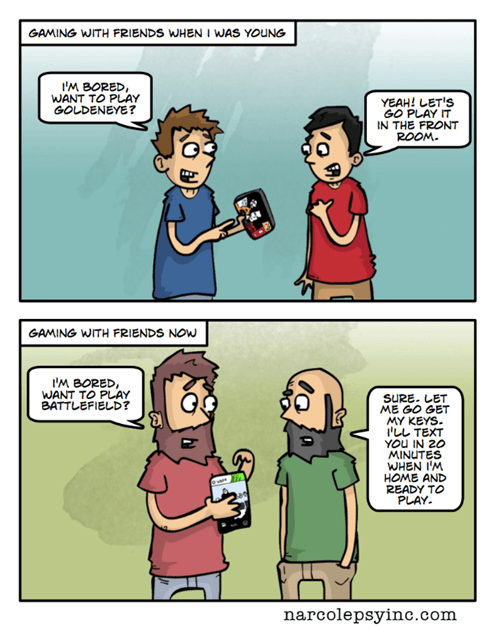