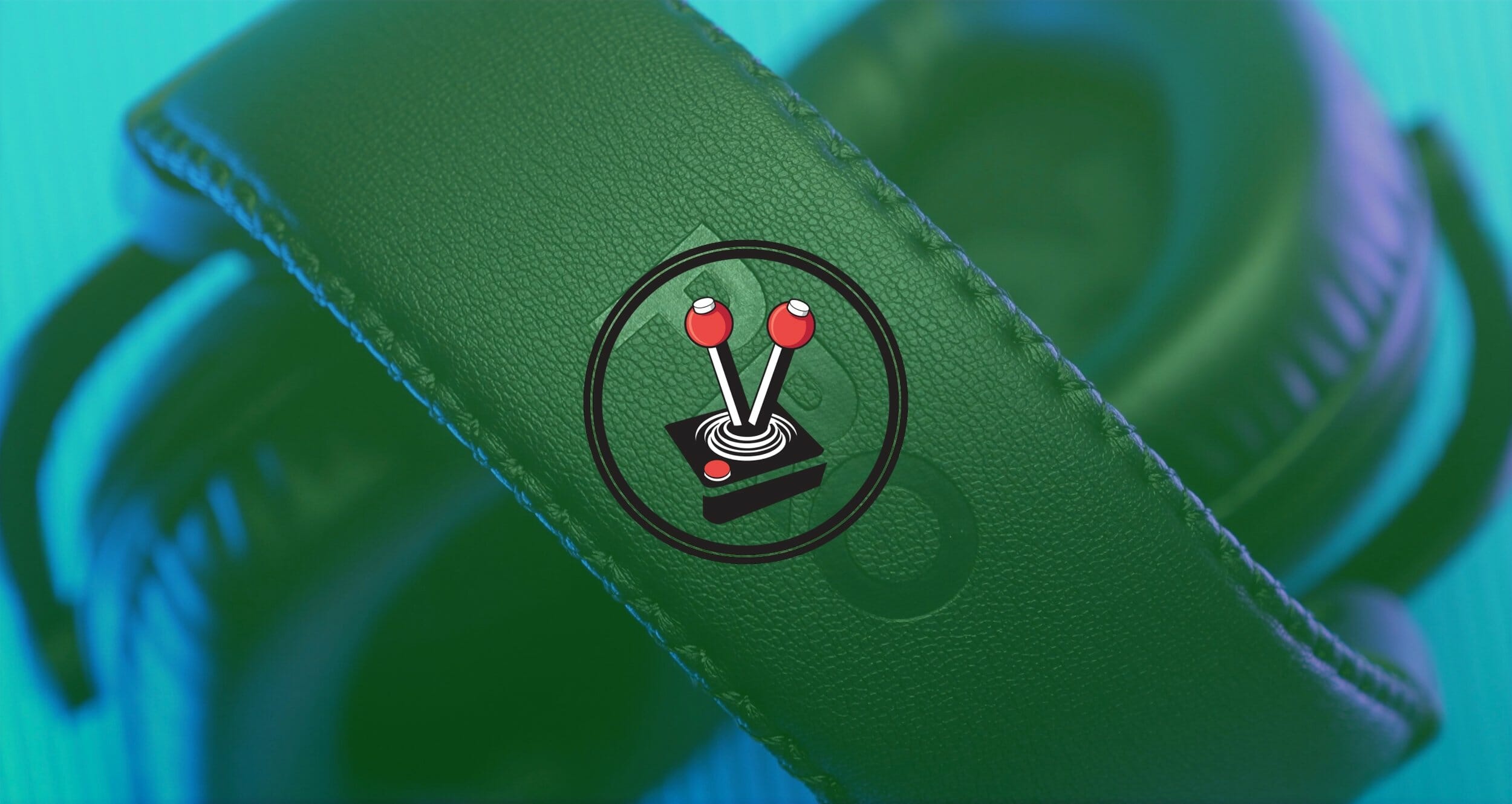 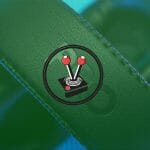 For the longest time, Logitech G’s premium headsets usually conformed to “gamey” designs – a stark contrast from the company’s usual function-over-form design language. While there is no denying that sporty and “futuristic” designs are very much for gamers, I prefer the company’s random stints into simpler designs. This is why a headset like the now-discontinued Logitech G433 is still one of my all-time favourites (and my daily driver). However, the Logitech G Pro X is a phenomenal return to form, and may possibly be one of the best headsets I have tested.

Unlike some of Logitech’s newer headsets designs, the Logitech G Pro X sees the company tip their toes into “professional” and “retro” designs. The company’s most-expensive and highest-tier product, features an entirely new design that hearkens back to studio-quality headsets of old. You know, the cool-looking ones before up-and-coming trap artists and “rockers” started swearing by the highly overrated Beats by Dre. The Logitech G Pro X is a beautifully premium headset that feels great, sounds phenomenal and finally upgrades the baked in headset microphone to something decent.

It is no secret how gaming headsets are designed to look great, more so than actually sounding good. This much is evident in the incredibly popular Razer Kraken X, which looks nice and sits comfortably but sounds atrocious. Gaming headsets nowadays emphasise RGB lighting and all kinds of feature sets without actually focusing on great sound. This is where the Logitech G Pro X differs from the rest.

With a design that hearkens back to premium studio headphones, the Logitech G Pro X clearly showcases simplicity over complexity. Despite coming in at a premium tier, there are no gaudy RGB elements or wireless capabilities to speak of. Rather, the headset comes bundled with a series of tangible accessories for manual plug and play. It is also obvious how Logitech have prioritised the speakers, performance and build quality over unnecessary design aesthetics.

Out of the box, the Logitech G Pro X features an incredibly hefty and sturdy design. The headset is made out of metal, hard plastic, faux leatherette and rubber – the perfect combination of materials. The durable design is complemented by faux leather for the headband and ear cups, of which the former features a stylish stitching pattern on the front and back. It also wraps around the strong steel and aluminium alloy frame that holds it all together. The ear cups are made out of hard rubberised plastic shells, while their outer sides are covered in raw anodised aluminium emblazoned with the Logitech G logo. The inner sides of the ear cups feature removable memory foam pads in both cloth and leatherette finishings. Both pads are admittedly really comfortable, however I preferred the cloth pads whereas Hans preferred the leatherette ones – so it really is down to personal preference. We both really like that Logitech included both options.

The left ear cup also houses two ports – one 3.5mm jack that connects either of the braided computer cables or soft silicone mobile cable to the headset; and another for the removable mic – a thick and sturdy attachment with a few fancy technologies hidden on the inside (more on that below). Logitech G also includes a convenient splitter cable in the box for gamers who would rather not use the included USB digital-audio-converter (DAC), and those who want to split the 4-pole auxiliary into a 3-pole stereo with a separate mic connection.

Some of the Logitech G Pro X’s beauty comes straight from the fact that it features two powerful 50mm drivers (one in each cup), yet it can still be powered with only an auxiliary connection! This means that you can use it with pretty much any device with a headphone jack, and use the headset while on the move. To test this, I used it on my iPad and iPhone (with Lightning converter), and it worked flawlessly both times. There was no dropped or flat sounds and the in-built equalisation sounded incredible. Hans also used it on PlayStation 4, Nintendo Switch and Xbox One, whereby the latter’s ability to use Windows Sonic and Dolby Atmos really put the headset to the test – where it passed with flying colours.

On PC, however, is where the headset shines. Once connected to a computer via the included braided cable and DAC, all you need to do is open up the Logitech G Hub. Give it a few minutes to download all the drivers, and voila! Watch as the magic happens before your very eyes! Logitech G Hub has improved quite a lot since I last spoke of it. While I still think it lacks in features over the much-more-beloved Logitech Gaming Software (LGS), there is no denying that it works wonderfully with brand-new gear. The Logitech G Pro X headset is no exception to that rule.

When G Hub has been fired up, you will be met with the usual home screen. Simply select the G Pro X headset, and suddenly G Hub turns into an all-out audio tweaking machine. From the onset, there are simple options that allow you to enable Dolby DTS and other surround sound virtualisation, a noise-cancelling option for the mic, and a setting for which kind of stereo mode you prefer. There are also sliders that allow you to fine-tune each of the aforementioned settings.

Clicking on the side panel’s mic tab, however, opens up an entirely new set of options to enjoy. This is where Logitech’s 2018 acquisition of BLUE VO!CE finally comes into play. When you have the mic plugged into the headset, and G Hub is running successfully on your computer, you can pretty much tweak the mic to your heart’s content. Aside from the usual volume sliders, the software also includes a feature where you can record your voice and play it back. Thus allowing you to tweak your voice to your liking.

There are also a series of advanced settings that offer soundboard-like options to help tweak the mic to accommodate your voice. BLUE VO!CE is engineered by the team behind the extremely popular Blue Yeti podcasting microphone. As such, you can expect extremely fine, detailed, and granular control over every single sound recorded via the mic.

Gamers looking for a simpler option can play around with a few of the presets. These allow you to sound more like a broadcaster or a stage host, while there are one or two that attempt to tune up your voice ever so slightly. When the presets do not cut it for you, you can either go online and download some of your favourite esports professionals’ settings (sponsored by Logitech G) or go ahead and create your own. Thankfully, using the aforementioned voice sampling feature comes in very handy here. There are tons of options to go through, so be prepared to spend a good while on this screen!

Strangely, the Logitech G Pro X headset only includes Dolby DTS and nothing else in terms of virtualisation. I am rather use to having the options of which kind of mix I prefer. For the Logitech G433, for instance, I can select between Dolby DTS, Logitech Signature, or a generic first-person shooter mix. While Dolby DTS is the go-to option, there are a few scenarios where I prefer Logitech Signature over the others. The G Pro X does not have this option at all. Is this a feature or a bug? I suppose we will never know!

Aside from how the headset sounds, or how I sound with the headset, I can say that I love how well it sits over my head. It has a rather sturdy hold, but does not feel like it is crushing the sides of your head. Instead, the strong hold serves to press the cups against your head to cancel out some of the surrounding noise. In this regard, the leatherette pads offer better sound isolation over the cloth ones.

Overall the Logitech G Pro X is a great headset. Sure, it might ditch RGB features found in many other “gaming headsets” and it is not wireless, but the lack of the former is a positive (in our opinion) and the latter is a ‘nice to have’ versus being a ‘must have’. We truly like how it throws the “sporty” or “flashy” gamer look out of the window in favour of a much more professional-looking headset. It is a simple design that is elevated by how extraordinarily well built it is, with all kinds of materials that make some of the company’s other headsets look and feel old and inferior by comparison.

While I feel G Hub needs work, it works as expected with the Logitech G Pro X headset – opening up your world to countless tweaks and settings (many of which are appreciate). Whether you make the headset conform to your preferences or download your favourite esports professional’s settings, you can rest easy knowing that it will always sound great.

The G Pro X headset is now available and can be found online for around R2 300 on average. While pricey, it certainly beats some of the more overpriced competitors – competitors, I might add, that have no place asking as much. Truthfully, the Logitech G Pro X headset is a masterpiece of sound and audio design. The inclusion of BLUE VO!CE technology greatly improves the mic quality (an issue I have always had with Logitech headsets), and the headset itself sounds phenomenal and feels premium – both in the hand and on the head. It really is a great addition to any gamer’s setup.