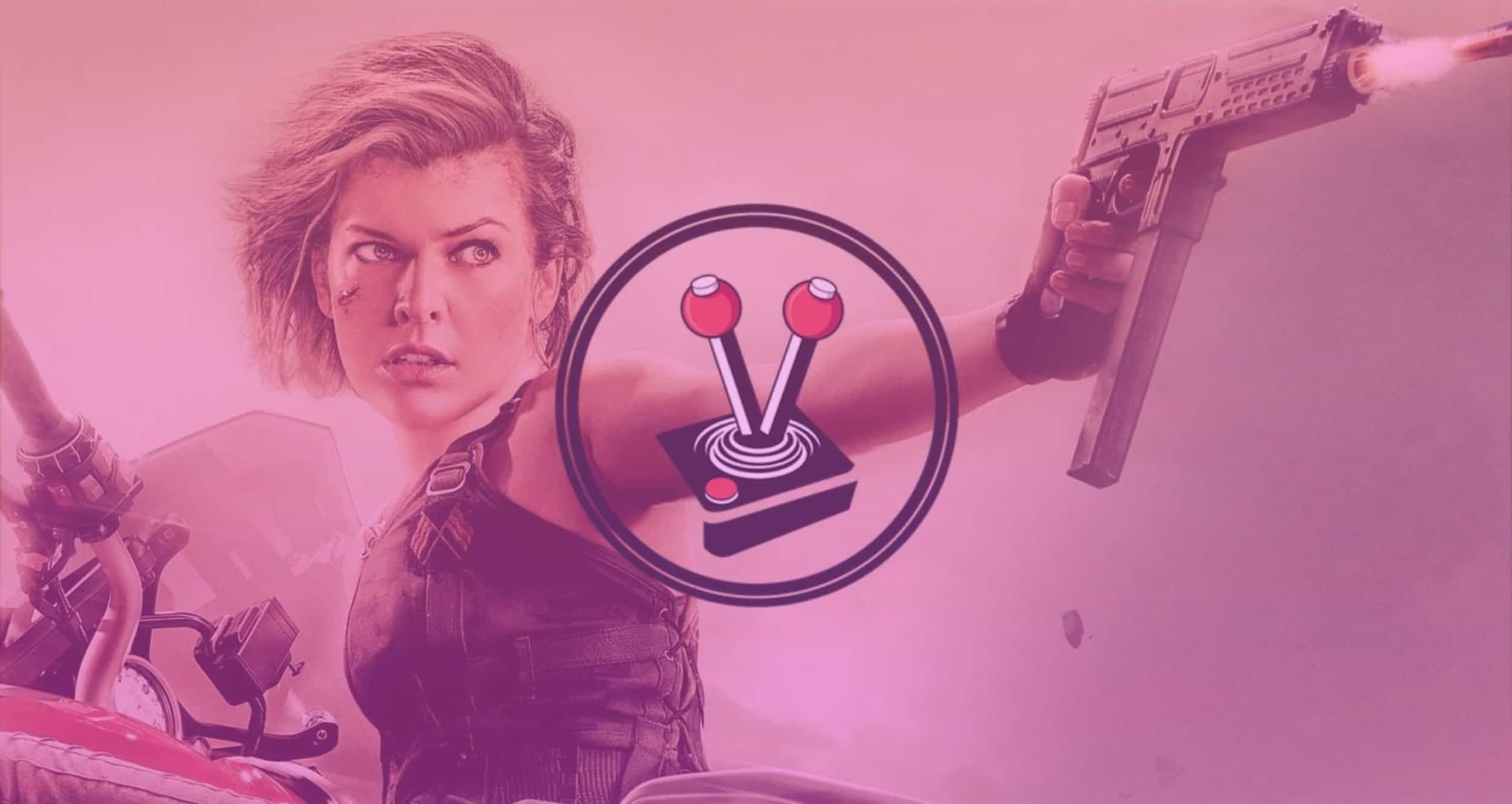 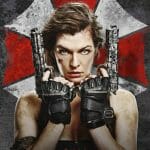 Resident Evil: The Final Chapter (2017) is, by far, the biggest piece of tripe this zombie film franchise has offered to date… and I am honestly glad that it is what it is: pure, unadulterated tomfoolery.

Ten years have passed since the T-Virus destroyed every living, breathing thing. The world is in chaos and Milla Jovovich is the only staple in this world. She reprises her role as Alice, who is ready to kick some ass. Oh, and also to cure humanity… like that matters anymore. Well, Alice certainly thinks it does. I even think it matters. Alas, I do not think the rest of the cast or crew really think it matters much. Herein lies the biggest problem with Resident Evil: The Final Chapter (2017).

The first feature film based on the Resident Evil franchise released in 2002, and it was an amazing video game to film adaptation. It performed extremely well at the box office, received decent reviews, and even sparked some much-needed questions on how video game adaptations should be handled. Then it got a sequel; and its sequel got a sequel. That sequel then got its own follow-up. Do you see where I am going with this? After five films, gamers have once again been graced with yet another Resident Evil movie – the sixth and “final” film in this long-in-the-tooth franchise. 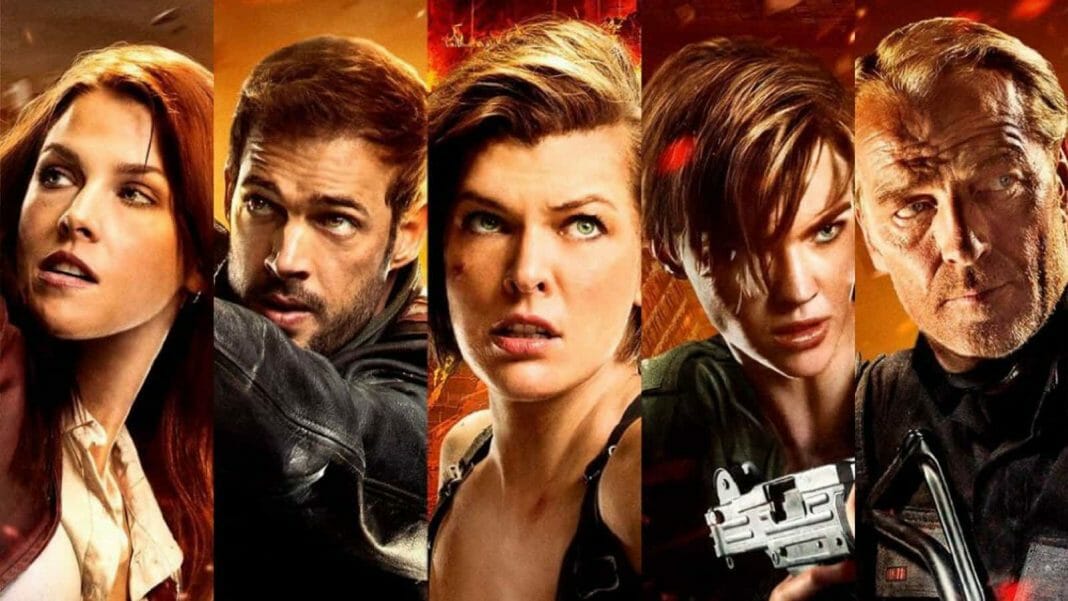 Resident Evil: The Final Chapter (2017) begins with Alice, who is alone in a devastated Washington, D.C. Apparently something else happened since the end of 2012’s Resident Evil: Retribution, because the world is really in a sore state. I would like to mention that this “other” event is not something anyone ever addresses in the film, except for an off-handed “we were betrayed” from Alice. That aside, the film opens with Alice being pursued by The Red Queen — an Artificial Intelligence that did not get destroyed in the second film (because why would it not?), that takes the form of a little girl seeking redemption.

The Red Queen asks Alice to return to the Hive, the place where it all began, to seek out the cure for humanity. Not surprised at all at how close she was to the cure since she woke up in the Hive in Resident Evil (2002), Alice promptly agrees and starts trekking to her destination. With that introduction of the coming plot out of the way; I can, at least, say that Milla Jovovich played Alice as well as she possibly could – she is Alice as much as Daniel Craig is 007. Jovovich is easily one of only three actors who actually seemed like they gave a damn about the film – the rest either did not care or they were just terrible actors.

Predictably, the main plot of “curing humanity” would not be achieved easily. The esteemed Dr Alexander Isaacs (Iain Glen) is hot on Alice’s trail, and he has a tank. In fact, he has two – both large enough to transport dozens of prisoners and a small army of soldiers. For those out of the loop, Dr Isaacs is Umbrella Corporation’s head honcho, the biggest of the baddies, the king of the hill, if you will. He is also one of those three good actors that I mentioned earlier – as his performance as the megalomaniac Isaacs was great.

As Alice finds herself back in Racoon City, she meets up with a group of resistance fighters who have holed up in the most conspicuously “hidden base” in the world: a massive towering building, the only one left standing. It is here that any longtime fan is greeted to a very pleasant surprise: Claire Redfield! It was so good to see Ali Larter again, reprising her role. That is, not because I think her character needed to be there; rather because she is the last of the three actors that actually looked like they gave a damn.

By the end of the first act, the movie turns into a game of “who dies next”. Honestly, the fighting scenes were well-played out, and would be some of the best, had it not been for the constant cuts and close-up shots between punches. Hell, even the scenes and the different settings were pretty good! That is if you could bear looking past the constant lights flashing in your eyes every odd minute, or the hectic cuts and slashes of scenes sporadically merged together – like looking through kaleidoscope; not ideal for a two hour long movie.

I personally liked the idea of going back to Racoon City and seeing the massive crater that was left behind from the previous films. It offered a great sense of continuity. I also really enjoyed seeing the Hive again, and how the Red Queen has managed to keep everything under control for the last decade. The overall plot is really quite decent, I actually liked it quite a bit. I really did. However, that does not mean that the film is good… not by any stretch of the imagination.

I have only talked about the first act and half of the second, because that is essentially all you need to know about the movie. The rest is all about Alice’s struggle to understand her purpose, and to kick Iain Glen square in the nads. The last ten minutes are a lengthy struggle of “to do or not to do”, and then it ends… but not before we are treated to a scene that may or may not promise things to come – “The Final Chapter”, yeah right. 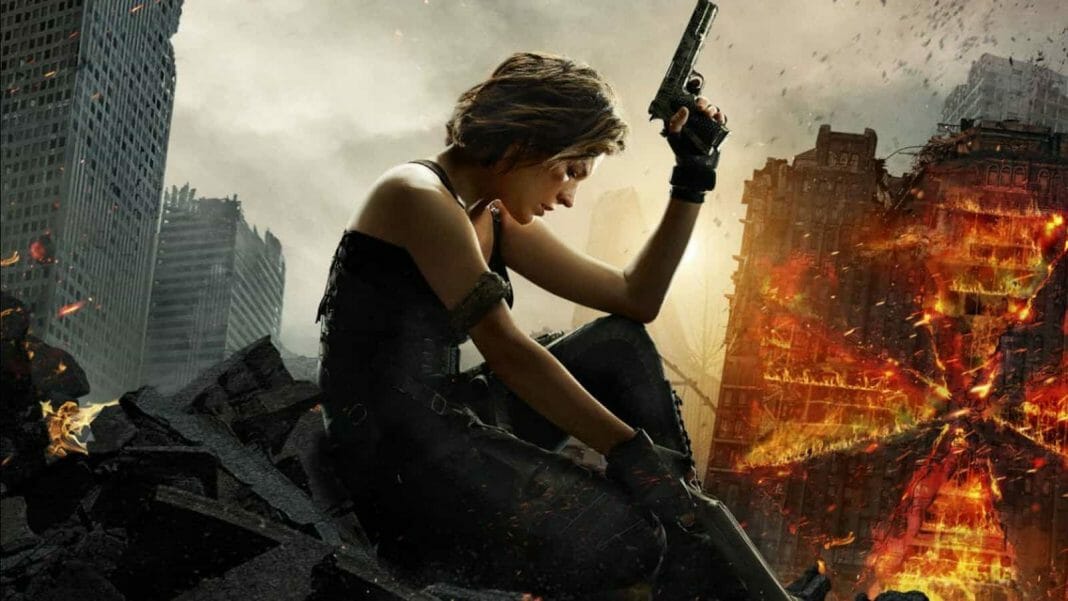 Resident Evil: The Final Chapter (2017) is a decent action flick with a story that would have been better condensed into a thirty-minute music video – seriously, those sharp cuts and bombastic zooms were mind numbing. Milla Jovovich, Iain Glen, and Ali Larter were also the only three actors who basically kept the film together – the rest were, literally, ‘zombie fodder’ and stumbled through the narrative with no importance. The best part of the film, like the rest of the entires in the franchise, is definitely the action scenes. For the most part, the action is ‘classic’ and ‘predictable’, but so much fun. Again, the only issue is the way the producers/director cut the scenes, making them a hot blur and indistinguishable from any of the other scenes (if you have seen one, you have seen them all).

In the end, Resident Evil: The Final Chapter (2017) was an average action movie from a franchise that is clearly showing its age… and boy am I glad that it is over.