If you walk into any good gaming or electronics store there is a good chance that you will come across this odd ‘U’ shaped steering wheel controller. This controller is the latest accessory from Microsoft for the Xbox 360 video games console and is the second Xbox 360 peripheral aimed at driving game enthusiasts. 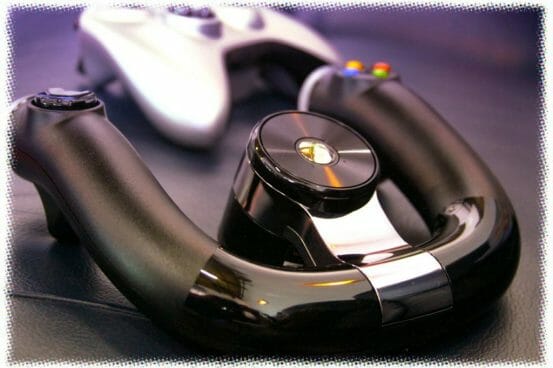 We all know that Microsoft is pushing Kinect for just about every type of game and for good reason too since the device works incredibly well. However, one of the slight issues with Kinect is that it can feel rather awkward holding onto thin air when playing certain types of games. I presume that this is where the Xbox 360 Speed Wheel comes into play – offering a slightly more tangible means of racing around digital tracks. 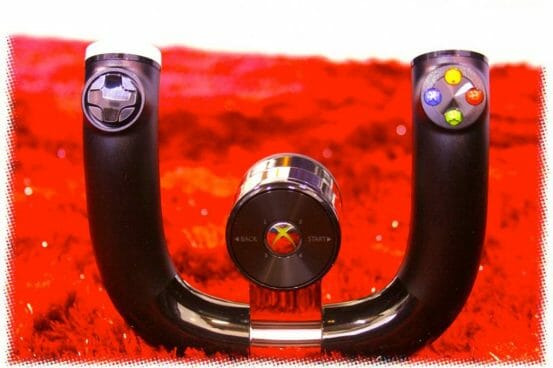 The Xbox 360 Wireless Speed Wheel is a beautiful piece of hardware. The unique ‘U’ shape is complemented by shiny black and silver surfaces which lend a suitably high-end feel and look to the device. The slick design and expert build quality give the device a really great feel when held with both hands. The controller is also weighty enough to offer a sturdy steering motion, but light enough to not become a burden after extended periods of play. It also has full rumble feedback allowing the user to feel every bump and grind of the vehicle being driven as well as two unique context sensitive LED ‘display rings’ which, if supported by the game, change colour – this feature is demonstrated in Forza 4 where the rings reflect the colour of the track guidelines. 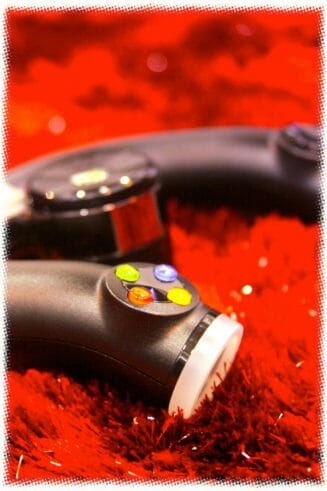 The Xbox 360 Speed Wheel controller has most of the buttons that a standard Xbox 360 controller offers, including gloriously springy and enhanced triggers. Unfortunately, this controller lacks the bumper/shoulder buttons that are present on standard Xbox controllers. This design oversight can cause hassles when playing certain racing games, such as being unable to navigate around certain menu items in Forza Motorsport 4 and Need for Speed: The Run. 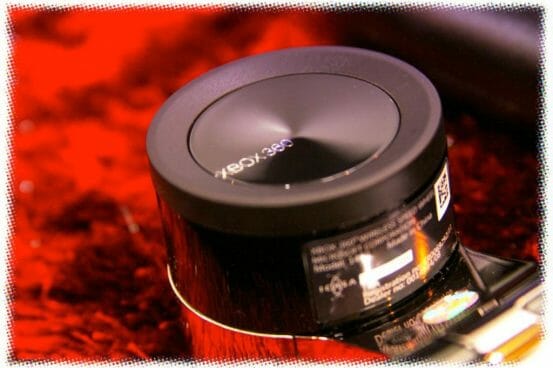 Other than looking great the controller is fun to use and pleasantly responsive, reacting to each swing and turn of the controller accurately and precisely. Furthermore, it is very easy to use with almost no learning curve and is especially handy for those who struggle to operate conventional video game controllers. 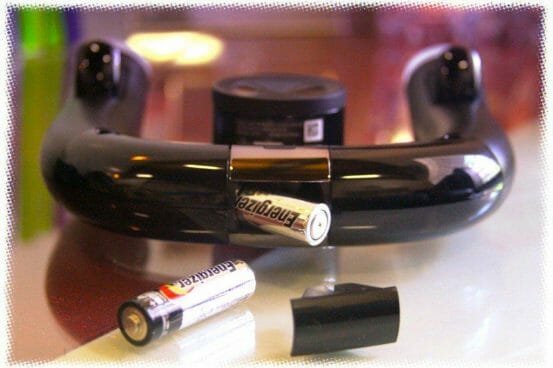 Despite the argument of whether or not this controller is a necessity, it does perform very well and would make a great addition for any racing game enthusiast. The controller is available at most major retail outlets for a suggested retail price of R499.

Negative:   Lack of Bumper/Shoulder buttons can hamper gameplay / No rechargeable battery pack or charging port / Somewhat pointless if you already have Kinect

Verdict:      If you are a racing game enthusiast or if you struggle with normal controllers during racing games then this controller is worth the asking price. 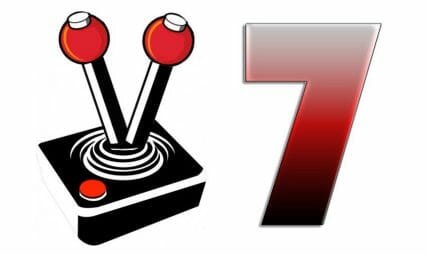